Stepson of man killed by Aurora police recounts shooting: 'He lived a hero; he died a hero' 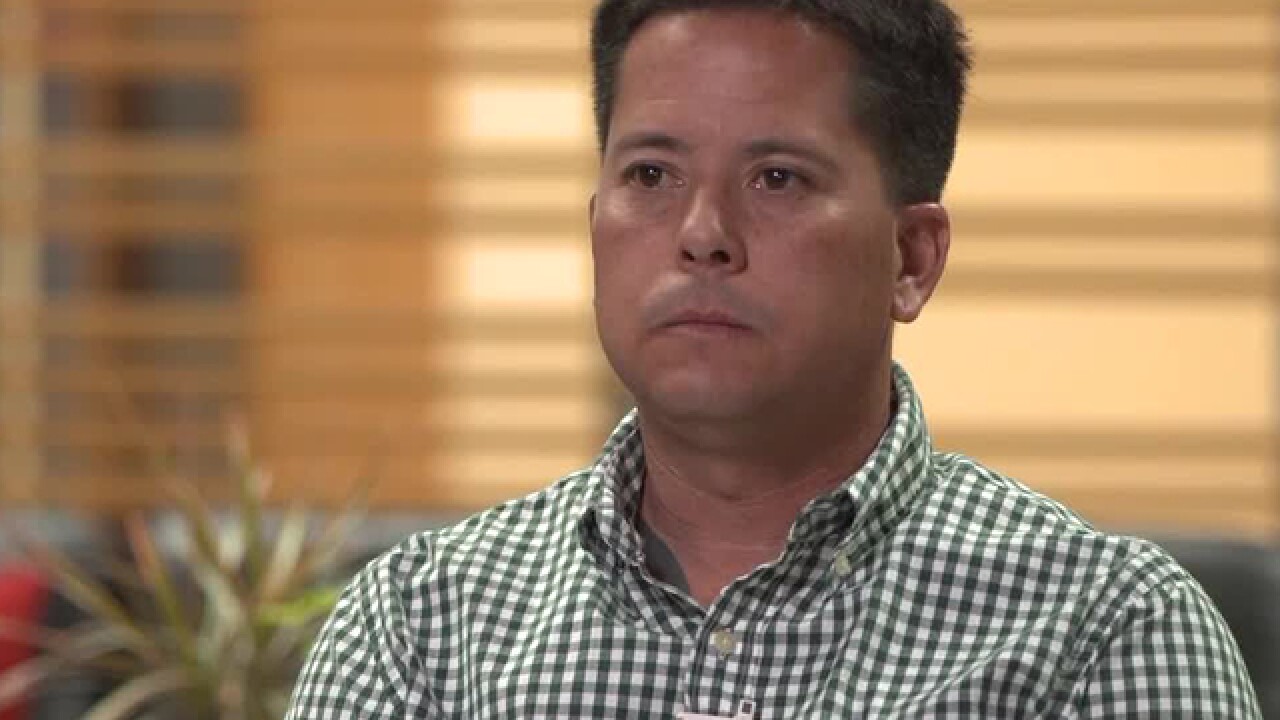 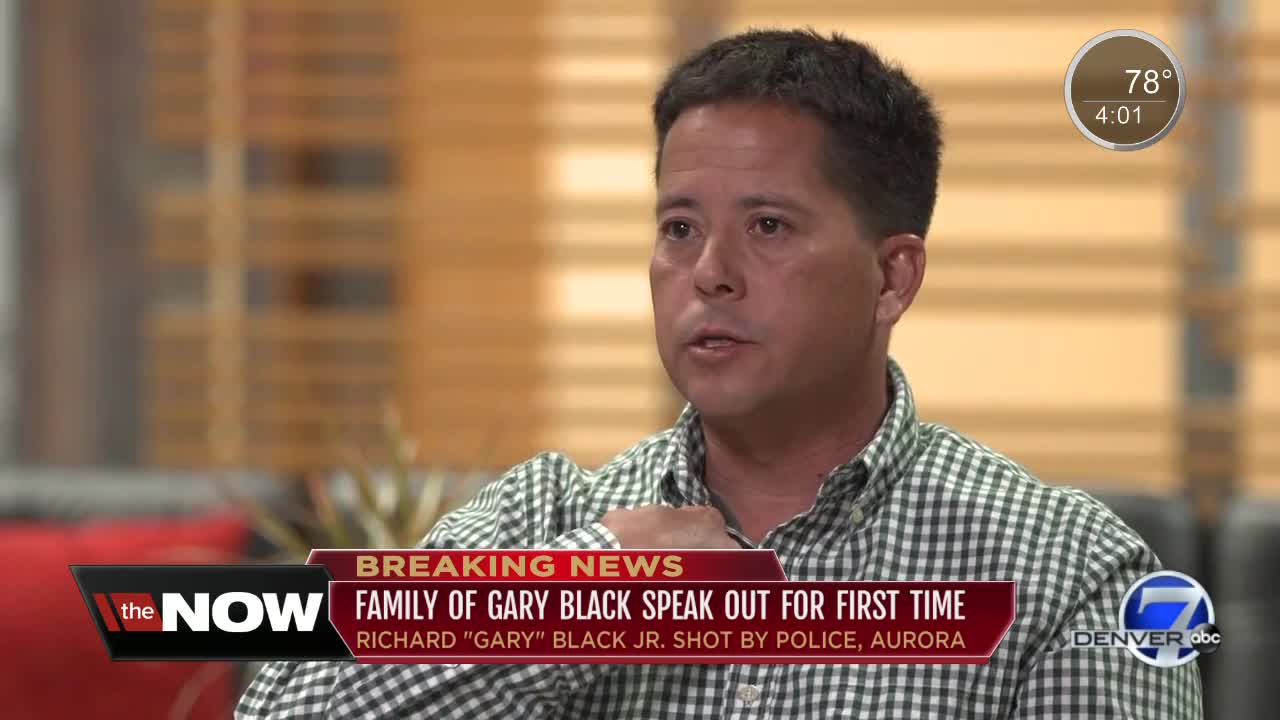 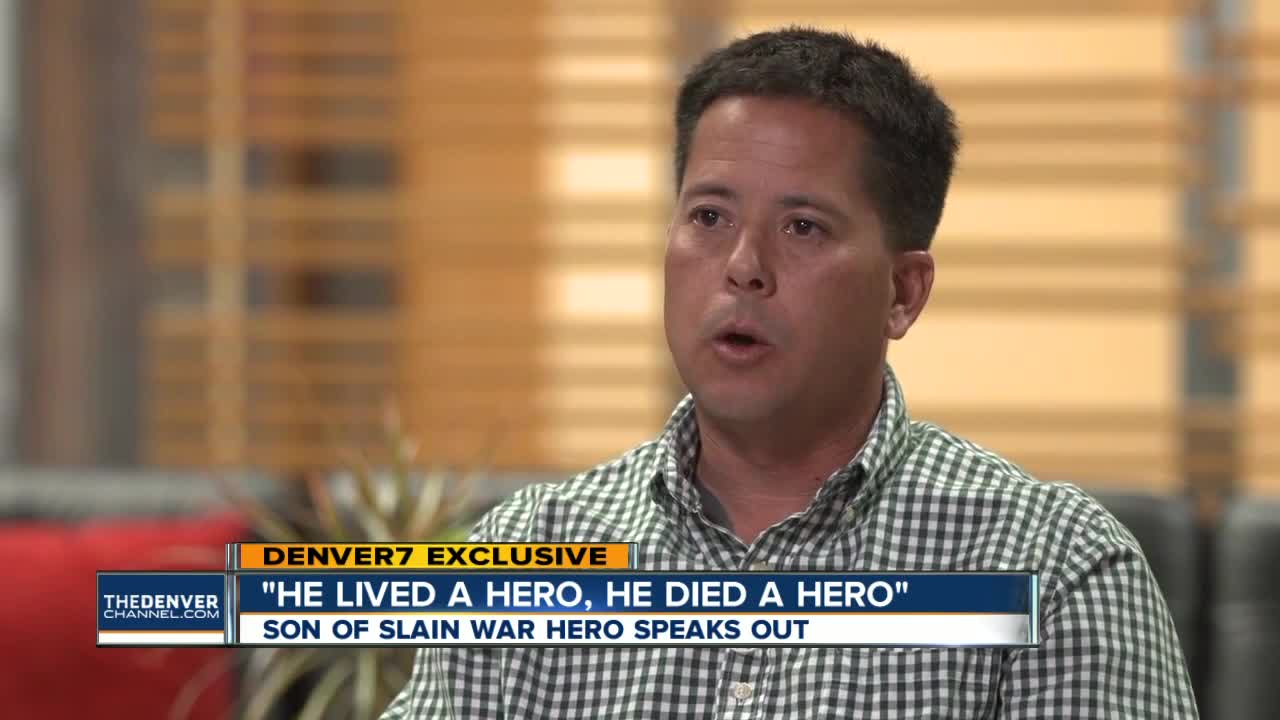 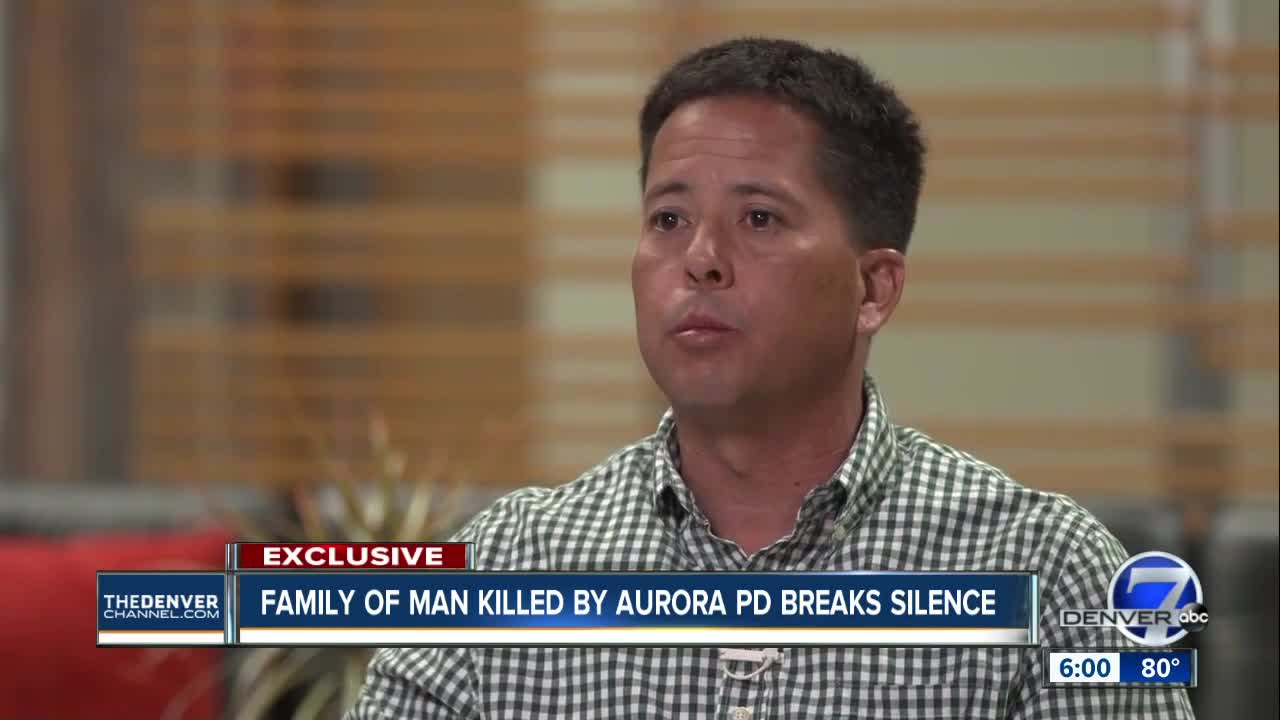 DENVER – The stepson of the man shot and killed early Monday morning by Aurora police says there were just seconds between when his stepfather shot the man who’d broken into their home and assaulted his son and when police shot his stepfather dead.

Chad Hayashi spoke to ABC News on Wednesday about the police shooting that left his stepfather, Richard “Gary” Black, Jr., dead in an incident that has stirred homeowners and gun owners alike.

“It’s just heartbreaking. My dad was a hero,” Hayashi said in the exclusive interview. “My son wouldn’t be here if it wasn’t for him. I don’t think any of us would be here.”

Though police and the family’s attorney have already discussed some of what allegedly happened inside the Montview Blvd. home early Monday morning, Hayashi’s recounting is the most-detailed first-person account of the incident so far.

Awoken to an intruder and a struggle

Hayashi says he was asleep early that morning when he was awoken by a woman standing in his bedroom doorway.

“And she starts saying to me, ‘My son is on drugs and he has your baby,’” Hayashi said.

He’d never seen the woman before. And as he looked over her shoulder, he says he saw another man in the house and the bathroom lights on.

“I immediately just shot into the bathroom to find this naked guy soaking wet … choking my son, biting his left ear,” Hayashi said.

He said he pressed his thumb against the man’s throat to get him to release his jaw from the boy’s ear, then had to jam his thumb “up to the first knuckle” into the man’s eye socket.

“When he didn’t squeal in pain or anything, I got even more worried,” Hayashi said.

But the man, who has been identified by the coroner's office as 26-year-old Dajon Harper, let the boy go and Hayashi says he was able to flip the man out of the bathtub.

Black was there with him in the bathroom, apparently having woken up and confronted the intruder just before Hayashi awoke. The two struggled with the intruder before Black, whom Hayashi says has a concealed carry permit, used a smaller carry weapon to shoot the intruder twice in the torso, according to Hayashi.

What happened next will forever change the life of Hayashi, who had been close to him for so long he called him “Dad.”

“My dad exited the bathroom, went around the corner, and I immediately heard multiple shots, which I thought was my dad engaging these other people in the house,” Hayashi said. “There was a pause, and then I hear people start screaming, ‘Police!’ and I hear people enter the house. And my son starts screaming, ‘I’m here with my dad. This crazy guy tried to attack me.’”

Hayashi says he handed his son to an officer but was then forced out of his home.

“And as I turned the corner, my dad is face down … and he’s handcuffed. And I reached down and – I don’t remember if I touched his shoulder or his face – but he looked at me and I got pushed off by an officer out the door,” Hayashi said.

As he was outside trying to get a blanket for his son while police were taking him to a squad car, Hayashi says he saw the same woman who had woken him up minutes earlier standing across the street screaming, “You shot my baby!”

Hayashi and his mother were taken to a police station, where they had to wait for hours before being told that Black was dead, he said. But he says he already knew.

“I knew when I touched him he was gone or almost gone,” Hayashi said. “I was sitting in a police car outside and never saw EMS come back out of the house, so I already knew my dad was dead.”

“I want answers. I want the truth.”

Aurora Police Chief Nick Metz issued a new video statement on Wednesday about the shooting and subsequent fallout in which he said the department has wanted to keep the integrity of the investigation intact while getting people as much information as can be released. But he also said that some information that has come out so far about the incident has been wrong.

“Even with that, we remain incredibly frustrated that we are not able to get that information out to you in a more timely manner,” Metz said. “And obviously, much of that information, particularly as it pertains to this situation, has been inaccurate.”

Metz didn’t point out which information was inaccurate, however. Aurora police intend to hold a press conference Thursday to discuss the incident further.

But Black’s family’s attorney, Siddhartha Rathod, said Tuesday that police shot Black from outside of the home – something Hayashi hinted at in Wednesday’s interview as well, along with other facets to the story he says don’t completely add up, including the “chaotic” scene described by Metz in a police news release from Monday afternoon.

“I was told that he was told to drop the weapon and he didn’t. … I was told that by the commander or the assistant chief,” Hayashi said. “They heard gunfire but they shot the first thing they saw moving, in my opinion, although all the officers’ spent cartridges were outside of the house. And judging by the line of fire, had they missed him, they could have shot me or my son through the wall.”

Hayashi said he wants Aurora police to release body camera footage from every officer at the scene that day. And after learning that the officer had been involved in a shooting in late June, Hayashi said he doesn’t think the officer who shot his stepfather should have been there that night in the first place.

“I want to see them all – not just the shooting officers’ [body cameras],” he said. “I want answers. I want the truth. I want accountability.”

He says that Aurora police should have known who lived at the house: he says his mother has made about 50 quilts for the department and that officers used to get called there all the time years ago because a prowler was after his sisters.

“It happened for years, to the point where officers used to mock my mother as they were standing in the living room and my mom’s pointing – he’s walking down the driveway,” Hayashi said.

His mother is “a wreck,” according to Hayashi. Black’s four grandchildren were “his world.”

“It’s just disgust and shame. Sunday morning, had you asked my son what he thought about police officers, he would have told you they are the baddest dudes ever,” Hayashi said, noting that the boy had been at a police camp a week earlier. “Now all he can think about is police shot his grandfather. And he saw his grandfather handcuffed and he can’t understand why they wouldn’t help him. He’s just traumatized.”

Hayashi says his view of police has changed too, despite having family members who were officers and Black being a Vietnam veteran with a Bronze Star and Purple Heart.

“I’ve always respected police … I know what they do and what they have to go through,” Hayashi said. “I’m a little less in favor of them at the moment. I want my dad, you know.”

Despite the tenuous current relationship with police, Hayashi says he wants everyone to know his stepfather was a hero.