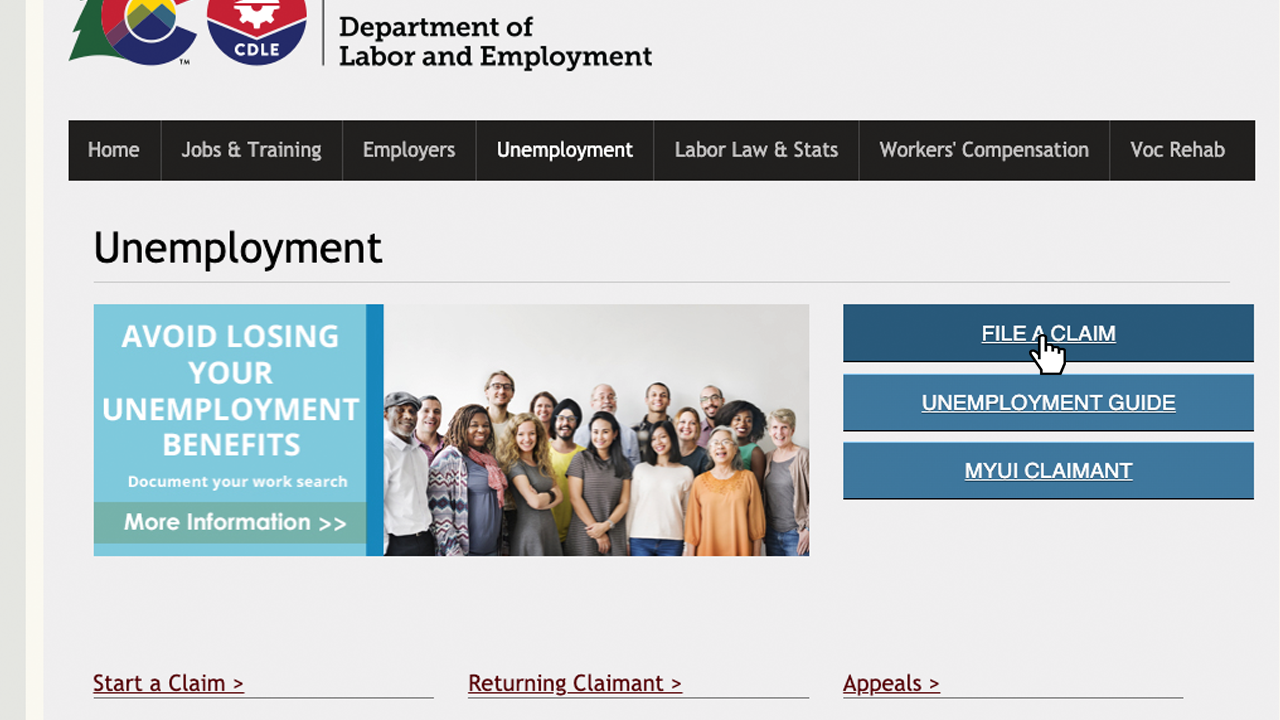 DENVER – There were 61,000 unemployment applications filed Monday through Thursday this week in Colorado, the Colorado Department of Labor and Employment said Friday, and the state’s unemployment website should now be capable of handling between 15,000 and 20,000 filings a day.

CDLE Deputy Executive Director Cher Haavind said that Colorado had surpassed its previous daily record of unemployment application filings set in 2010 of about 7,750 and said that about 16,000 people filed applications in the 24-hour period on Thursday.

She said that the state’s unemployment filing website had stabilized after some network expansion and since the CDLE implemented a system in which people are instructed to file at certain times of the day if their last name beings with a certain letter in order to not overload the system.

She said at points last week, up to 15,000 people at a time were simultaneously trying to access the website, which was causing it to fail. She said this week has been much improved, but that CDLE officials expected the number of filings to continue to rise.

She said the CDLE would be assessing daily whether it needed more capacity because all those claim filings also have to go through the request of payment system next in order for people who are eligible for unemployment to start being paid.

The department filed emergency rules last week that it hopes will allow it to expedite those benefit payments. Though the normal time period between filing and payment is 4-6 weeks, the department says it hopes that will soon be 10-14 days instead. It has also waived the work search requirements.

And while the U.S. House of Representatives passed the $2.2 trillion coronavirus stimulus package Friday afternoon, Haavind and the CDLE said that people who are self-employed or “gig workers – who will be eligible for unemployment benefits under the federal package – should not yet file on the state’s site because the state needs to reprogram its system to include those new sectors of workers.

Haavind said the CDLE was making charts that will show workers what benefits they might be eligible for and was working on a new site.

Regarding how much money is in Colorado’s unemployment benefits trust fund, Haavind said it had about $1.1 billion about a month ago and that analysts had projected it had about 18 months of solvency at the rate at the time of about 2,000 filings per week. She said the CDLE would likely revise its model in a few weeks.

But the federal extended benefits passed under the stimulus package will not come out of that fund, Haavind said. If the state’s fund does become insolvent, the state would borrow from the federal government at a 0% interest rate as all states did during the Great Recession.

The DLE will begin releasing more data each Thursday morning on the number of filings and the total benefits paid for each week, Haavind said.

She urged people to use the online portal for quicker and better results than the CDLE’s call center, which at times has received tens of thousands of calls each day and seeing wait times of between 45 and 90 minutes at times.

Ryan Gedney, the senior economist at the CDLE, said knowing how many claims there might end up being will depend on how long the closures and stay-at-home orders last and how quickly the virus can be contained.

“We’re just seeing the beginning of this, to be honest, and necessarily trying to identify when this might start to tail out is extremely difficult at this point,” he said, comparing the current situation to “almost like a hurricane happening in every single state.”

Click here for the latest COVID-19 updates from across Colorado.