Architect behind iconic Denver airport terminal: 'You’ve taken your front door and you trashed it'

Jim Bradburn is sad to learn about renovation woes 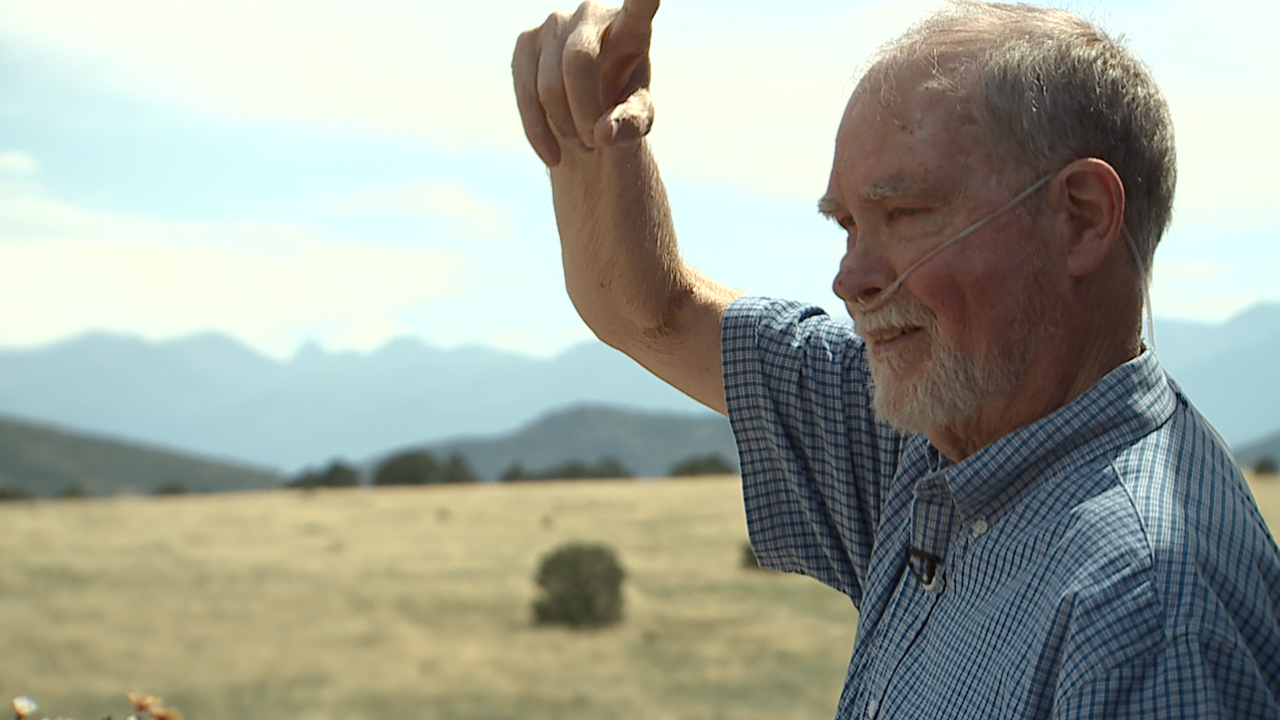 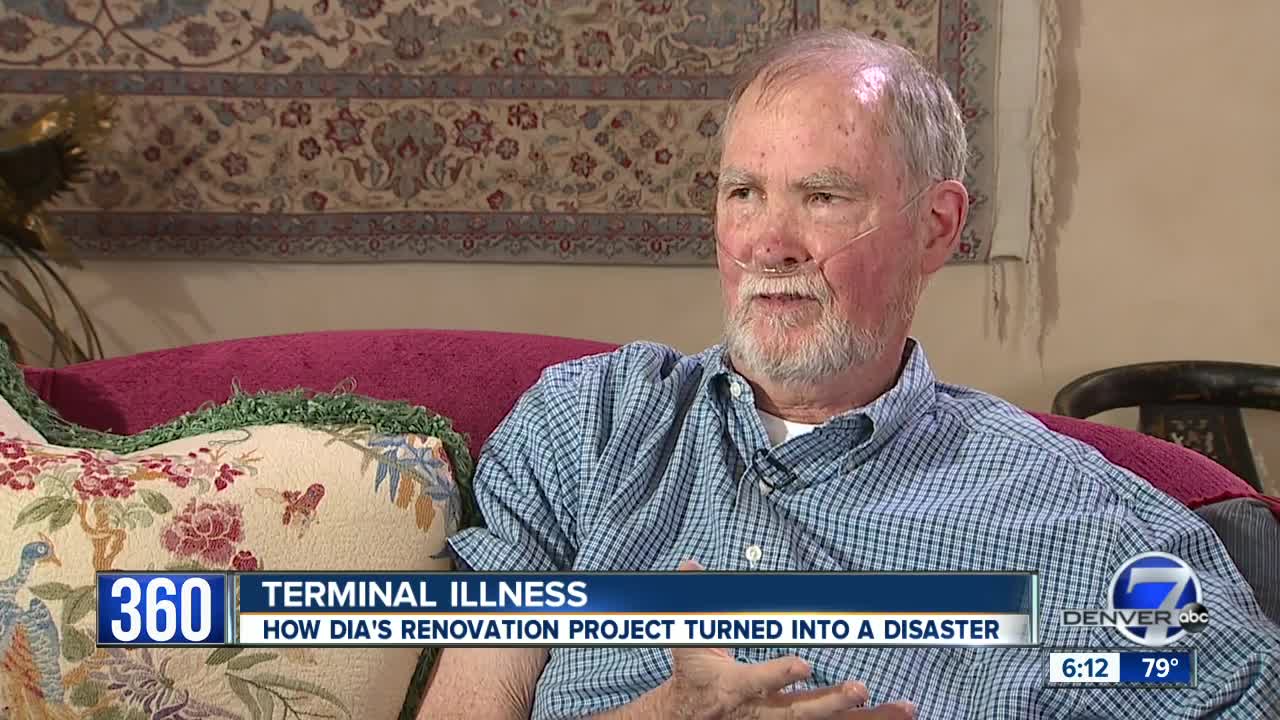 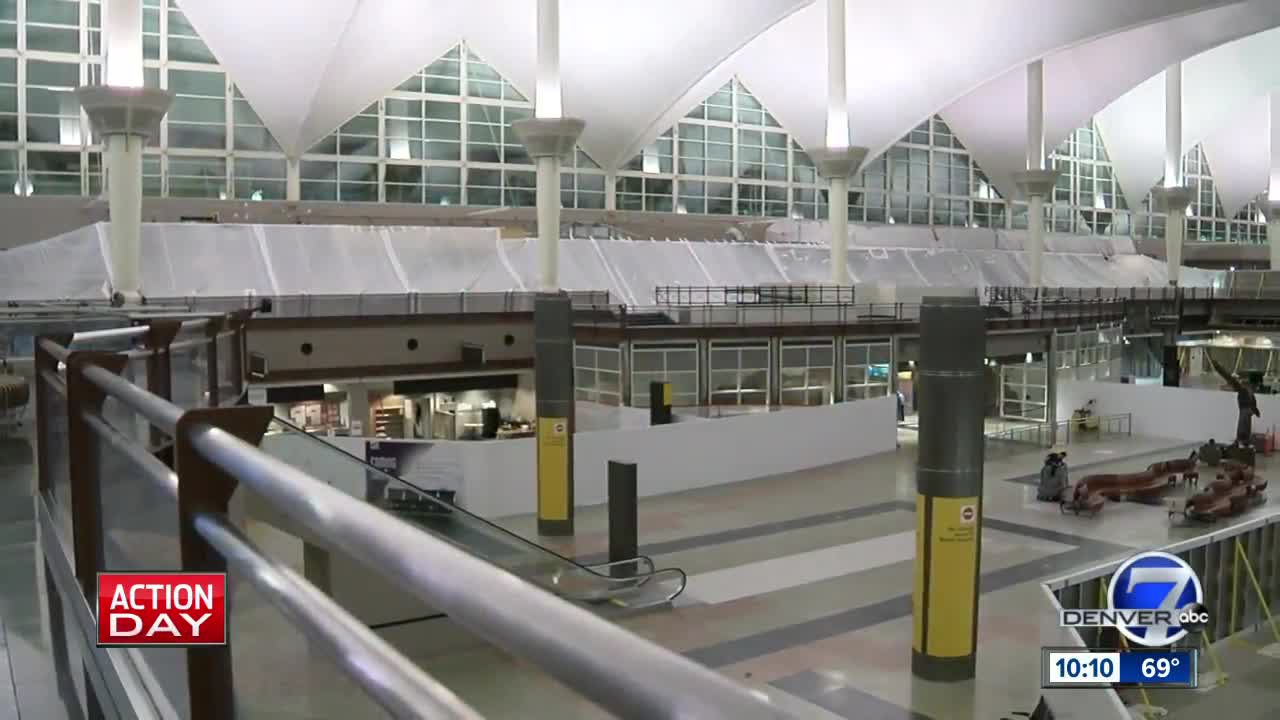 DENVER -- The man behind the white-tented top of the Denver International Airport's iconic terminal says the city's front door is being trashed.

"You’re being welcomed by confusion, by chaos, by dust, by dirt, by construction, by corridors that take you to wherever you need to go and all that sort of stuff. It’s not a very friendly experience at all," said Jim Bradburn, a retired architect with 41 years of experience.

Bradburn said the chance to work on the airport was a once-in-a-lifetime project that he is still very proud of today. That's why he said he was so sad to learn about problems plaguing a current project to renovate the terminal's Great Hall.

When Denver7 called up Bradburn to get his take on the situation, he invited this reporter to meet him at his house. He's enjoying retirement and views of the Sangre de Cristo Mountains in Cotopaxi, Colo., where he admits he doesn't catch much of the news out of Denver.

He was surprised to find out the airport terminated the contract with the Great Hall Partners. He traveled through the airport in the spring and noticed construction was underway.

"So now I know. Oh, I’m sorry for all of you in Denver because, quite frankly, none of that should’ve needed to be done," said Bradburn.

Bradburn is referring to the airport's master plan that he became familiar with during his time working at the terminal. He believes someone lost sight of that vision somewhere along the way.

He said the plan was designed in a way to allow for the airport's continued growth and eventual expansion of the main terminal.

A hotel is now sitting on that piece of land and Bradburn doesn't hide his feelings about that building. He calls it, "Denver's Black Eye" and wrote a letter to the Denver Post when it was built. Even though he's not a fan of the design, he's more upset about it blocking any expansion of the terminal.

The idea of money being wasted irks him even more. The entire situation involving the Great Hall Partners reminded him of what happened when his company got involved in the original terminal project.

"Well first it was this other firm that was told to design this. They came up with nothing and they were fired and kicked off the job and paid a lot of money, and then we were brought in and given two weeks to come up with a new design and that design is what you see today as DIA," said Bradburn.

Denver airport officials decided they would not be conducting additional interviews at the time this article was published. A spokesperson said there wasn't any new information since the airport announced it would part ways with the Great Hall Partners on Aug. 13.

At the time, the airport's CEO Kim Day said they encountered mounting challenges with the project team and they were far apart on cost, schedule and values. She also accused the developer of putting workers and passengers in danger during construction.

The contract was originally for $1.8 billion , with $650 million budgeted for the renovation and the rest budgeted for upkeep over the next 30 years. But Great Hall Partners had said in recent months that they expected the renovation to cost millions more. It is still unclear how much it will cost to terminate the contract.

“I do not see this as a debacle, this is your word. I think this is a transition to a different approach to delivery," said Day in response to a reporter's question during the press conference.

In the weeks and months before the split, tension continued to build up between the airport and the Great Hall Partners. The finger pointing has continued, with each side slinging blame as the relationship fell apart, according to documents obtained by Denver7 through an open records request.

The Great Hall Partners rejected the airport's description of events and denied they were operating in an unsafe way.

They said in a statement, "Unfortunately, until this point, confidentiality provisions in our contract prevented us from rebutting over the last several weeks a stream of unfounded complaints and allegations. The reality is that the Project’s time and cost overruns are a direct result of the discovery of weak concrete in some areas of the Terminal, which DEN did not disclose to GHP at the outset of the Project, and more than 20 large-scale, badly timed and unnecessary change directives issued by DEN to the design they had previously approved."

Bradburn is serious when he talks about what it will take to get the Great Hall project done. He said it will take strong leadership, the right team and someone who has enough humility to admit their mistakes.

"We're wasting everybody’s money and we’re trashing our front door and we’re just saying we don’t really care because we’re saying we’re right and they’re wrong and get the lawyers to fight it all out. Great, that doesn’t do anything, said Bradburn.

He admits he is in no place to do the work himself, however.

“I don’t ever want to suggest at all that I have the ability to untangle that mess,” he laughed. “It ain’t me. I’m too old for that stuff now.”

Bradburn spends most of his time now working with the Dark Skies of the Wet Mountain Valley initiative to combat light pollution in that part of the state, but still has a sense of humor about the project for which he is most well-known.

“All that conspiracy theory is absolutely true, that’s what I tell everybody,” he said coyly. “There’s thousands of miles of empty space down there with tunnels going all the way to Kansas. Please.”

But as the terminal sits in its unfinished state, he worries about the airport's image and Denver's reputation.

"You’ve taken your front door and you trashed it and what does that say to the rest of the world? If you come to Denver, good luck," he said.