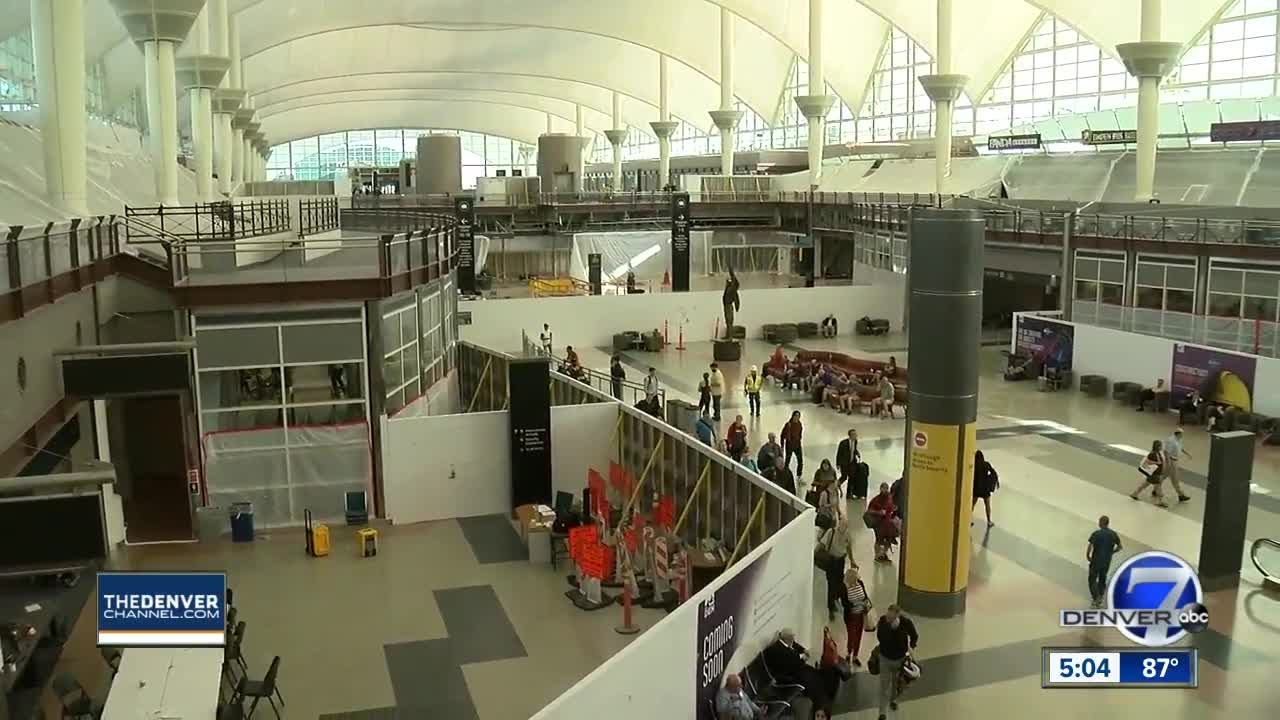 DENVER – The Denver International Airport rejected a claim from Great Hall Partners, the contractor in charge of the terminal renovation at the airport, for a time extension and more money to complete its work after delays because of an investigation into weak concrete earlier this year.

The rejection last Friday, and the group’s response Monday to the rejection, are the latest developments in the saga between the two. But the two sides say they are still working to get the project on track, and Great Hall Partners says it will try to resolve the latest dispute through a resolution process.

On Friday, DIA rejected a July 26 claim from Great Hall Partners in which the contractor sought more money and time – though specifics are still unknown. The airport’s response to the claim was made public on a public disclosure site.

The response says that Great Hall Partners’ claim “does not meet the definition of a Relief Event” under the original developer agreement made in August 2017.

Under the terms of the agreement, Great Hall Partners is supposed to finish the project by November 2021. But the concrete issue and others have led to delays on the $650 million project, and the contractor says it needs more time and money to complete it. Great Halls Partners estimated in February that the concrete issue and others might delay the completion date and add hundreds of millions in costs to the project.

On Monday, Great Hall Partners responded in a bondholder disclosure, saying it planned to begin a dispute resolution process with the airport over the rejection of its claim.

“The Owner’s decision, with its limited explanation, forces the Developer to proceed with the Dispute Resolution Process, as foreseen by the Development Agreement,” the notice says. “The Developer categorically disagrees with the Owner’s assertions and believes that the Developer is right entitled to the relief set forth in its claims.”

But it also said that it was willing to negotiate with DIA and committed to finishing the project.

“The dispute resolution process is, by its nature, long and expensive for everyone involved. For that reason, among others, the Developer is willing to negotiate with the Owner in good faith to find a mutually acceptable resolution to these issues,” Great Hall Partners wrote. “The Developer remains committed to delivering the Project to the public as quickly and efficiently as possible.”

“A lot of us are questioning what happened there and how we’re continuing to move forward, and I expect to see some big changes in the coming future because what we’re doing there is unacceptable,” Councilwoman Candi CdeBaca said.

Former City Councilman Rafael Espinoza, who expressed concerns about the agreement and voted against it, said he was happy to see that Great Hall Partners was willing to have a conversation after the latest claim rejection. But he also said that he thinks the project needs more scrutiny.

“Anybody who wants a great airport and wants the money that the airport generates to support that great airport should be offended or upset by what’s happening out there,” he said.

And though airport officials last month accused the contractor of “purposefully and knowingly interfering with airport activities” and breaching the contract, Shellee Casiello, a spokesperson for DIA, said Monday the airport was still working with Great Hall Partners to try and get the project back on track.

“We are working through a number of challenges on the Great Hall Project with our developer. We’ve been in mediation and are still working through issues trying to get the project back on track. We remain committed to completing this project in the most cost effective and efficient way as possible and we will always put our passengers first,” Casiello said in a statement. “We have expressed our concerns to the developer about some serious safety violations and the need to minimize impacts to our passengers. We are focused on doing the right thing and will always protect the future of this airport.”