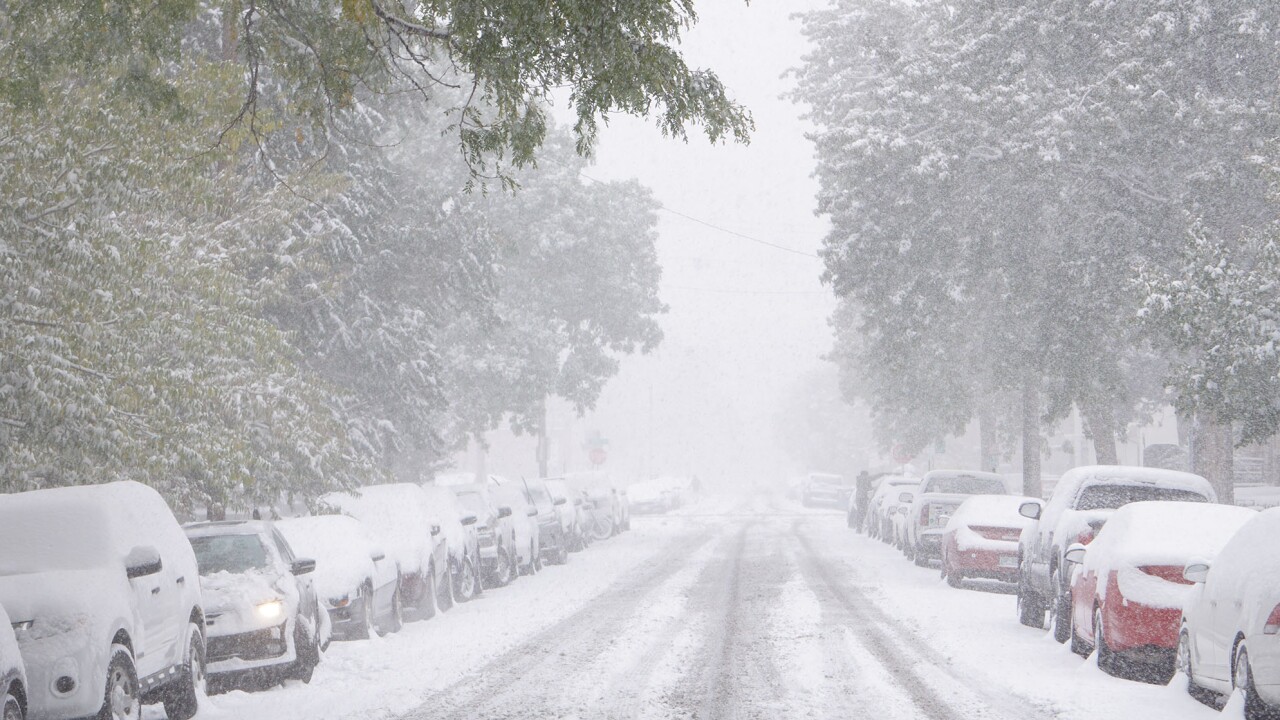 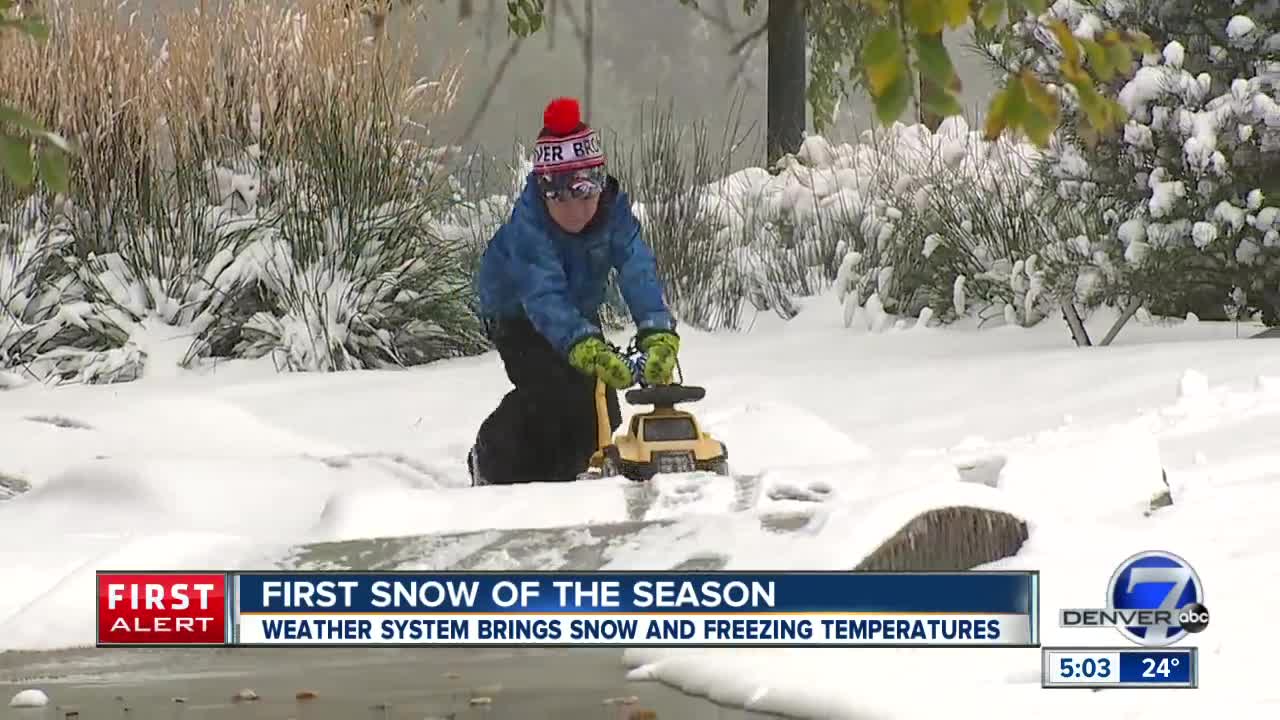 DENVER — What a difference 24 hours makes; Denver dropped nearly 60 degrees within the span of one day as snow moved in and blanketed the area.

The snow and cold made for a messy commute in the morning with nearly 200 crashes in Denver alone.

One of the starkest differences weather-wise was at Washington Park in Denver. On Wednesday, the park was full of dozens of people running and walking around the lake. Several others had picnics in the 80-degree weather. One fitness model was even posing for a photo shoot in a bikini.

Just one day later, the park was nearly empty, except for a few of the most avid runners.

“Everybody was in tank tops and all that yesterday and today I only encountered two people, a guy without a shirt on, and one other jogger. It’s like I have the whole park to myself,” said Joy Norris, who jogs in the area every day.

She loves the change in winter weather, and the fact that it’s going to clear up this weekend. Others used the snowstorm as a small test for the rest of the winter, checking out their winter gear and seeing what items they need to buy before winter officially comes.

MORE: Driving in the Colorado snow: How to prepare your car for winter weather

Liz Endicott, who was at the playground with her 3 year old, realized she needed to get some new items for her daughter.

“I definitely realized that some of her winter stuff was a little tight for her, so this morning while she was at school I ordered her a few things. We weren’t quite ready yet,” Endicott said.

She wasn’t as excited about the quick change in weather because of the warm fall the state has had so far.

“I feel like we didn’t have a fall, like it was still summer and I love fall. Fall is my favorite season so I’m excited to have the coziness, not just the bitter cold,” she said.

What to expect on the roads

With frigid temperatures expected Thursday night, the roads are expected to freeze once again, which could lead to a messy commute Friday morning.

Part of the reason Friday morning’s commute could be worse is because the roads won’t look as snow-packed or slick as they did Thursday, but the threat of black ice still exists.

Bridges and overpasses are expected to be more dangerous than other roads since they freeze more quickly with the cold air passing underneath. However, Luber expects a better commute for the ride home on Friday.

As the weather warms up over the next several days and the ice starts to melt, potholes could become a problem.

“We’re going to see the roads really deteriorate with a lot of the potholes and then you get the traffic bouncing up and down on the roads and that’s going to make it even worse,” Luber said.

Taking care of your trees

Rapid weather changes like what much of the state experienced over the past 24 hours can be a shock not only to people, but plants and trees as well.

Ben Rickenbacker, the forestry operations supervisor for the city and county of Denver, says the thing he’s concerned about with a big shock like this for the trees is whether the buds will be affected.

For older trees, Rickenbacker suggests homeowners check them to see if there are any damaged branches. If there are, don’t try to remove them yourself or stand under the tree since it could be dangerous. Instead, call a licensed arborist to inspect the tree.

He also does not recommend trying to knock the snow off of older trees.

“If your trees are adequately watered, they will actually be able to take that snow load and be able to swing all the way down and then once the snow melts tomorrow and it’s supposed to be warm again they will bounce back up. So, you don’t want to go over there and shake them too much because you can actually cause the branches to break and do further harm,” Rickenbacker said.

For younger trees, though, you can brush the snow off with a broom, that’s fine. Dead trees can be removed at any time. Planting season for trees is happening right now all the way up until the ground freezes for trees.

The final tip Rickenbacker has for homeowners is to have your trees pruned to get rid of the dead wood so that the upcoming winter weather doesn’t do too much damage to them.