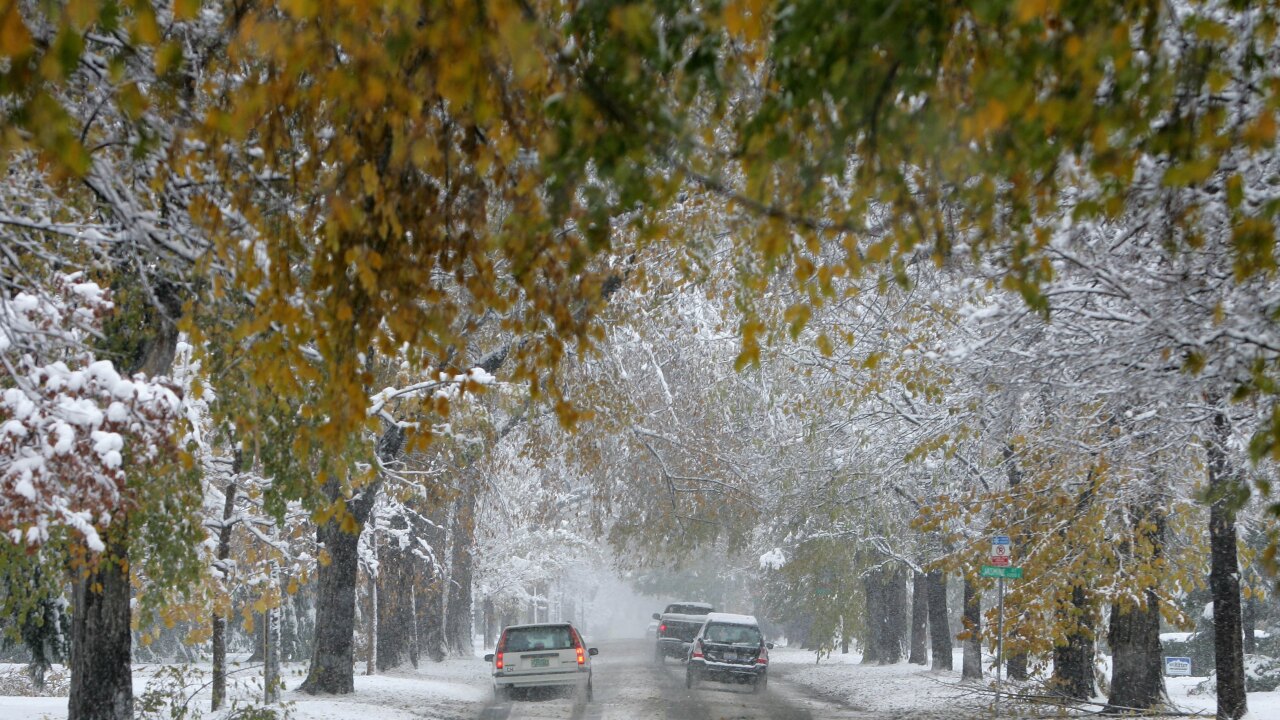 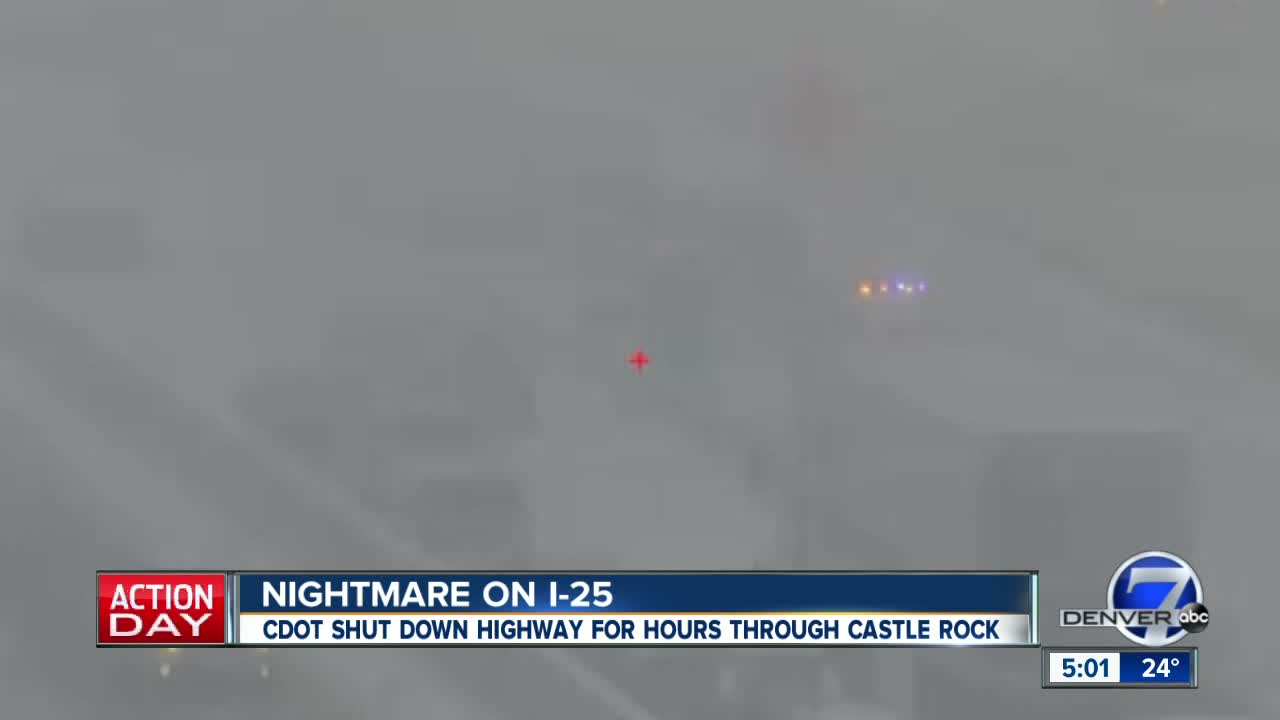 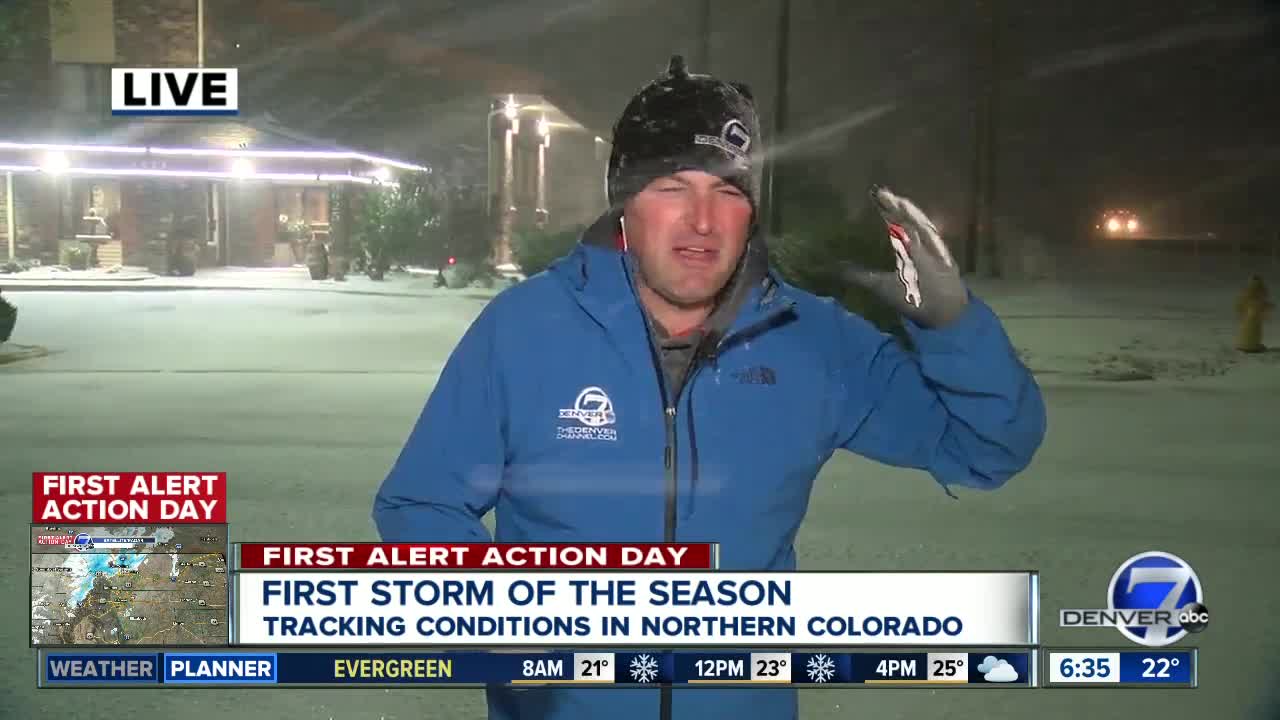 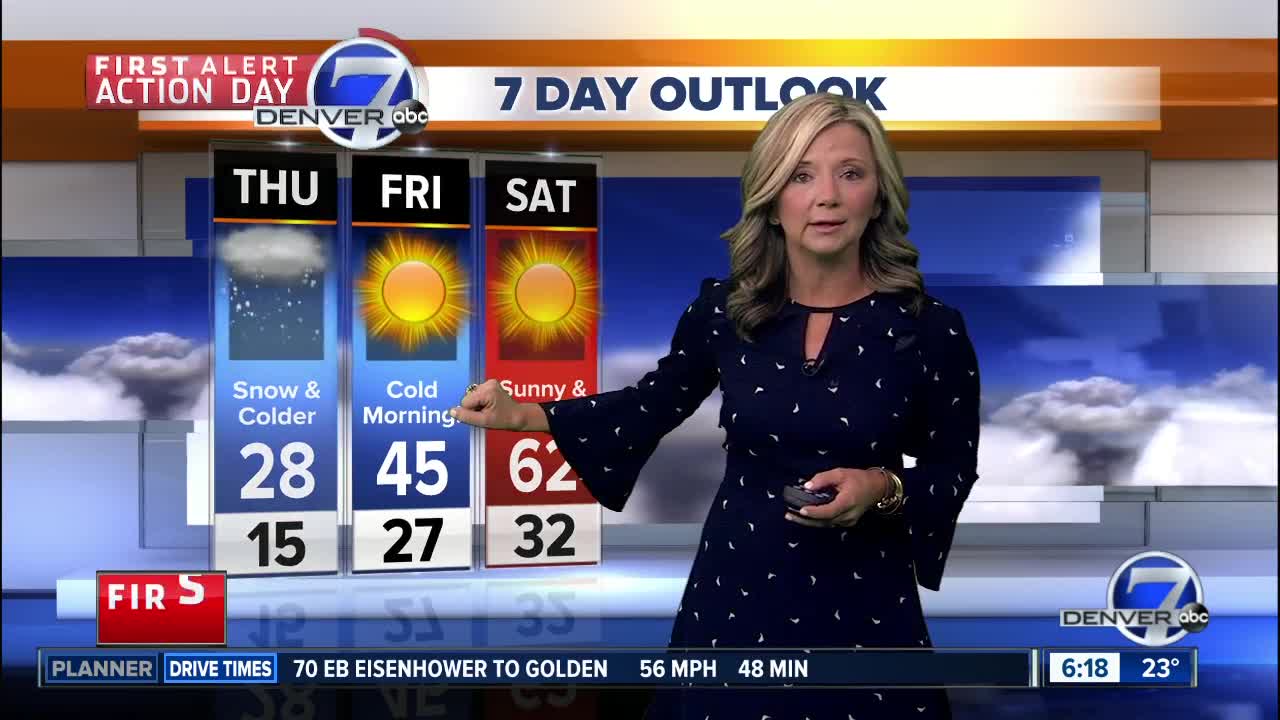 DENVER -- Strong north winds signaled a big change in the weather as a powerful cold front raced through the state Wednesday. The winds are over but the fun is just beginning as the first snow of the season gets underway.

Throughout the day, this story will be updated with both minor and large breaking news events as the fall snowstorm makes its way through the Denver metro area. Check back as we continue to update this story.

11:51 a.m. — I-25 is now closed in both directions in the South Gap area...at County Line Road northbound and at Plum Creek Parkway southbound.

10:36 a.m. — The northbound lanes of I-25 are closed between Tomah Rd. and Plum Creek Parkway due to a crash. No estimate for when it will reopen.

8:46 a.m. — Some flights destined for Denver International Airport are being delayed at their destinations due to the snow.

7:01 a.m. — I-70 eastbound reopened through Eisenhower Tunnels, according to CDOT.

6:41 a.m. — Band of moderate snow is on the move. More snow in Denver within 30 minutes, Denver7 meteorologist Lisa Hidalgo reports.

6:15 a.m. — Rollover accident reported on eastbound I-76 near Sheridan.

4:30 a.m. — Mostly drizzle and a wintry mix in Denver before bands of snow move through the metro area by mid morning.

12:30 a.m. — If you're heading out to work, prepare for a wet commute in Denver and the surrounding areas, and slushy roads if you're in the mountains. Heavier snow could reach the Denver metro area by mid-morning or around noon on Thursday.