What's Driving You Crazy?: Possible ramp metering lights on southbound I-225 ramp to north I-25 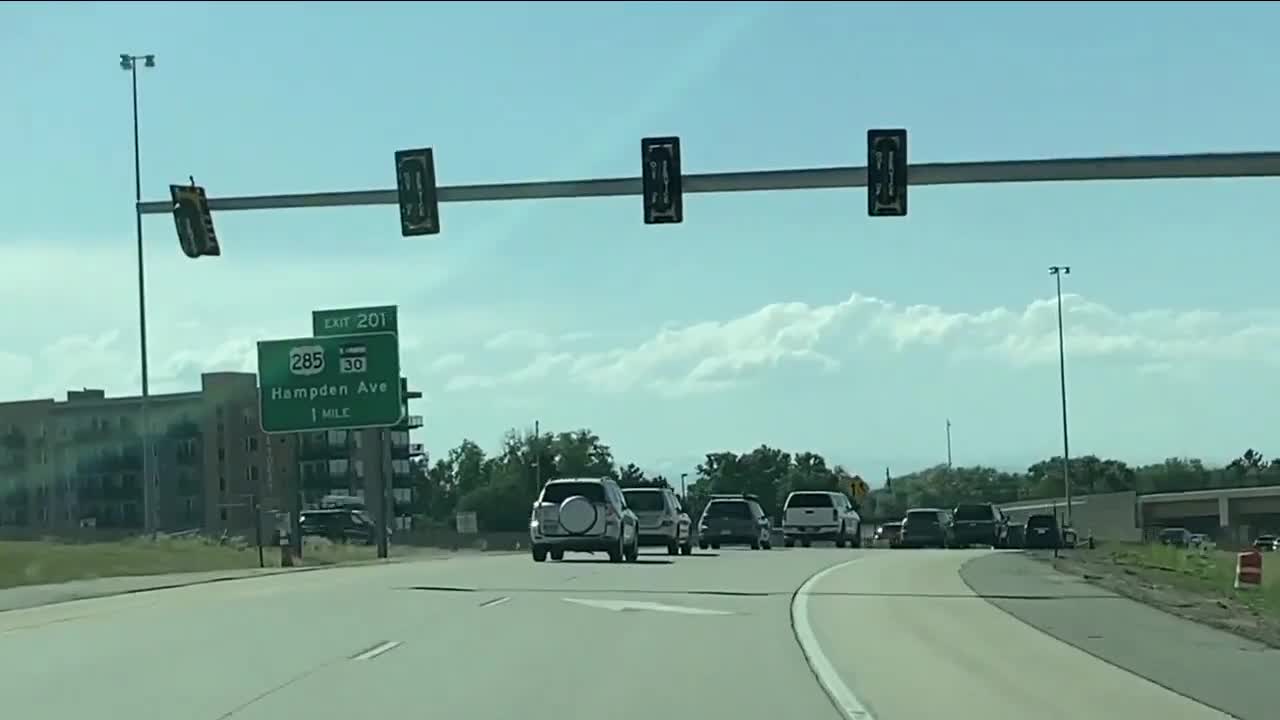 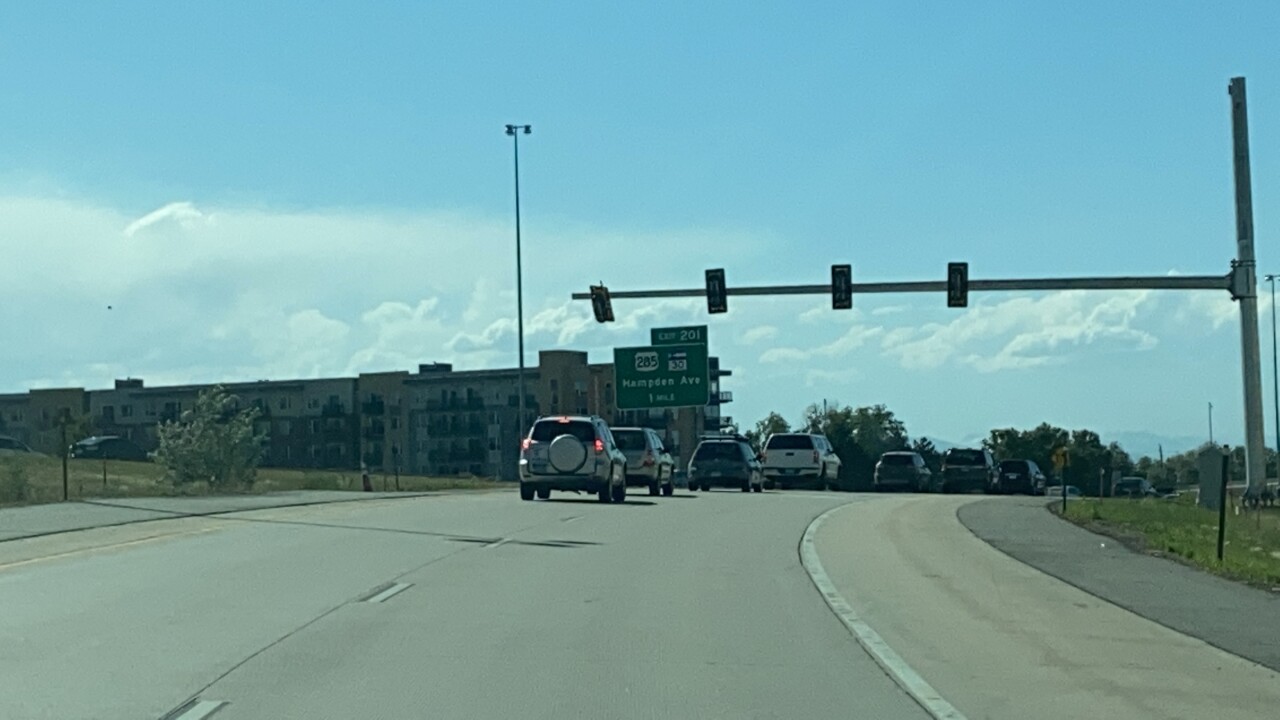 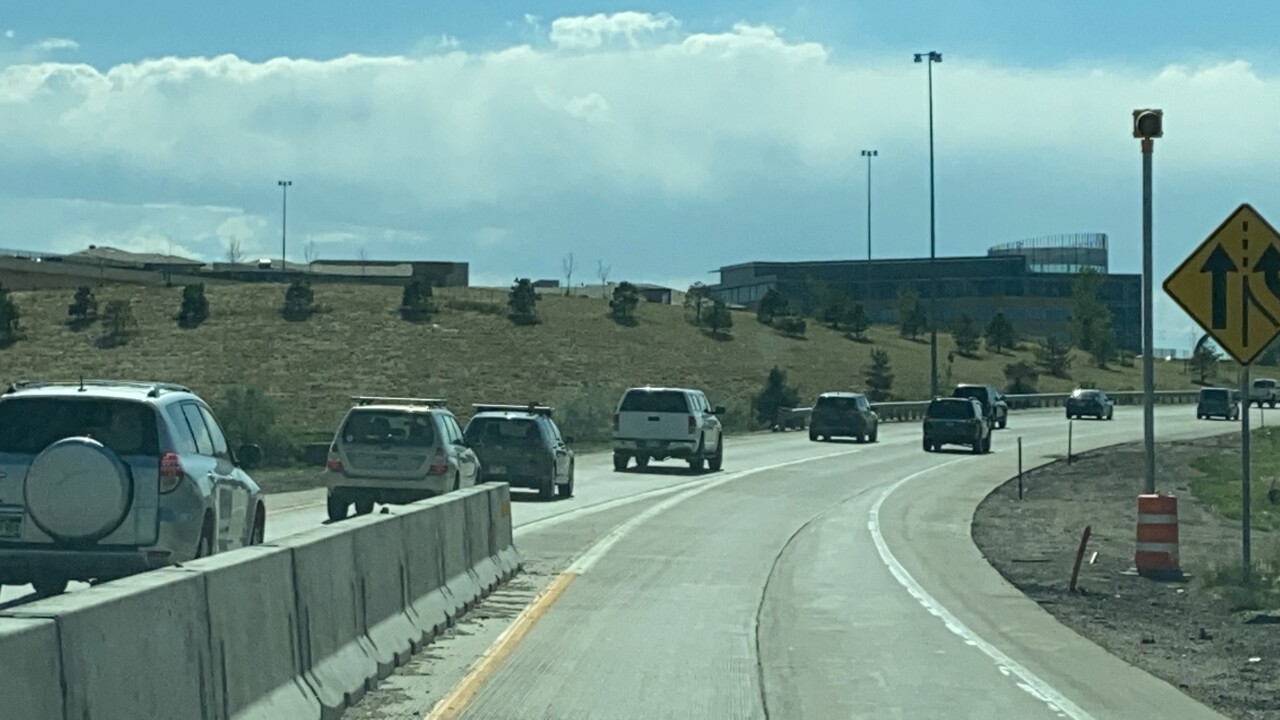 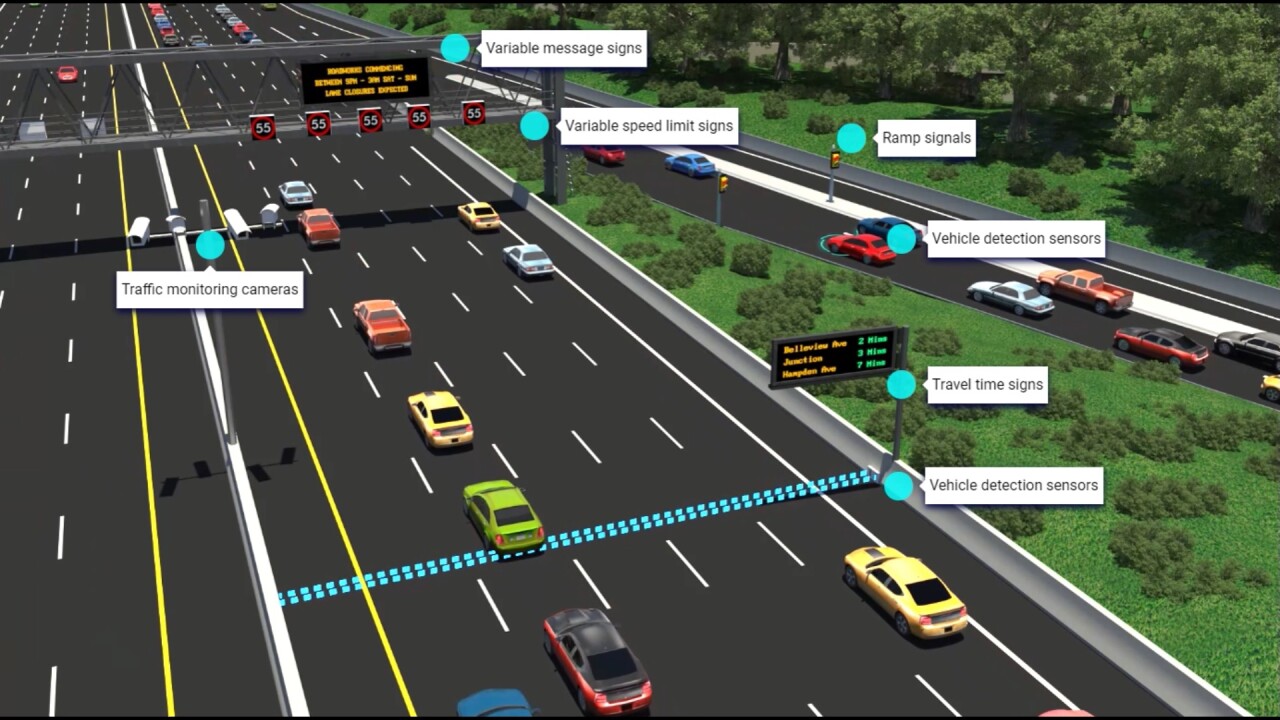 Dan from Aurora writes, “What’s driving you crazy? Hey, traffic guy, you’re old pal Dan here. I’ve noticed on the ramp from southbound I-225 to northbound I-25 four overhead signals. They are covered and marked “not in service” but they look suspiciously like overhead ramp metering lights. Hard to believe that CDOT could be planning to meter traffic on a freeway to freeway connection but that’s what they look like.”

It is hard to believe that CDOT would set up a system to stop traffic flowing from one freeway transitioning to another freeway but that is what those lights are designed to do. Those lights are a small part of a larger, new and improved, “Managed Motorway” ramp metering system along northbound I-25 between RidgeGate Parkway and University Blvd that CDOT has been promising to install and test for about four years but is just now finally coming to fruition. Denver7 reporter Jace Larson reported about this plan three years ago. I’ve was talking to engineers at CDOT about this project a year before that. The original construction timeline for this $6.3 million project was supposed to begin in the summer of 2017.

This Managed Roadways concept came to CDOT through Australia. The concept was pioneered on the M1 Freeway in Melbourne, Victoria, which was plagued with similar recurring congestion issues as I-25 was in south metro Denver. The heart of the Australian Managed Motorways system involves a complex coordinated ramp metering system that keeps up with real-time traffic conditions to preserve desired traffic-flow. In more simple terms, the system holds traffic on side roads, releasing vehicles two at a time depending on current traffic flow already on the interstate. Its overall goal is to prevent bottlenecks and freeway slowdowns. The complexity of the system requires fiber optic lines, advanced traffic detection equipment and other devices that monitor and control real-time congestion conditions.

We are very familiar with metering lights in the Denver metro area. They help to manage the traffic flow on the interstate by holding back large groups of vehicles entering the freeway from an on ramp at the same time. The lights allow either one or two vehicles at a time, usually set for every few seconds, to enter the flow of highway traffic. This new “Coordinated Ramp Metering” system will monitor actual freeway volume and conditions to decide when to allow on ramp vehicles to enter the interstate.

Once in place, the managed motorways system in Australia was shown to increase traffic flow by 25%, improve traffic speeds by 35%, and improve overall travel time reliability by over 150% during morning commutes and 500% in the evening commutes. The SMART 25 Managed Motorways Pilot Project seeks to replicate these results and achieve double-digit percent increases in average speeds and traffic flow during peak travel times. CDOT hopes by preventing bottlenecks and recurring congestion, and at the same time increasing the overall speed of the freeway, a driver would exchange an increase in wait times at the entrance ramp for a shorter more reliable trip on the interstate.

After CDOT completed the Colorado Managed Freeways Feasibility Study in 2016, they determined they needed new infrastructure, different than what we are used to seeing on Colorado on ramps. The large, overhead lights are a direct result of that work. CDOT also designed more new Intelligent Transportation System pieces specifically for this project like new vehicle detection devices and ramp controllers. They also designed new ramp configurations, widened select on-ramps and provided new ramp signals for freeway-to freeway connections.

CDOT using meter lights on a freeway-to-freeway connection understandably is a major part of your concern. It grabbed my attention as well. CDOT engineers assure me that the ramp meters installed over the transition from southbound I-225 to northbound I-25 as well as the new lights on the transition from C-470 to northbound I-25 will be only used as a “last resort”, only to be used in “extreme conditions”. Similar to how CDOT uses meter lights to hold traffic on I-70 at the Eisenhower/Johnson Memorial Tunnels to prevent vehicles from sitting inside the tunnel.

CDOT says having control of these ramps is an “essential” component of the overall managed motorways system. This is how CDOT explained the use of the freeway-to-freeway meter lights.

“Under typical peak period operations, as congestion increases to the point of warranting freeway-to-freeway ramp metering, the following principles will govern the operation of all system interchange ramps (C-470, E-470, I-225):
· Freeway-to-Freeway ramps will only activate when necessary to prevent the breakdown of corridor traffic flow
· When active, freeway-to-Freeway ramps will operate with lower delays (wait times), relative to arterial ramps
· The system will work to avoid freeway to-Freeway ramp queues from extending back to interfere with traffic on upstream freeway lanes
· The system will avoid ramp queues extending back to interfere with through traffic on the arterial roads
· Entry ramps will be managed to prevent flow breakdown on the mainline as a priority, over the extent of queuing on controlled entry ramps.

Beyond this point, the entry ramp management system would act to severely restrict ramp entry flows.”

It will be quite startling to metro Denver area drivers when those lights are activated. I think at first, most drivers will just pass them not knowing what to do. Then a few drivers will slow down, some may stop and wonder how to handle the situation. It will be a huge source of frustration at the outset. And even though technically, running one of those red lights is the same as running a red light at an intersection, nothing physically is holding back drivers from ignoring the lights.

CDOT recognizes the obstacle of public acceptance saying, “The SMART 25 pilot will impact typical peak-period travel on the corridor relative to the existing condition, most notably through the introduction of new ramp meters at freeway to freeway interchanges. Although these changes are expected to improve overall travel times and delay, these new practices may not initially be popular among all drivers and may result in political challenges.”

You obviously have seen the new construction. I was asked about some of the fiber optic work running along I-25 near Hampden in late 2019. The updated timeline for final construction of the hardware, new ramp meter signals, and minor ramp improvements is scheduled to be complete this summer. Testing is scheduled to start in the fall.

The two Australian departments of transportation respectively for Victoria and Queensland which operate the M1 Freeway in Melbourne, VicRoads and Transmax, will be working with CDOT to interconnect the devices, ramp signals, and the control software responsible for managing and operating the managed motorways concept for I-25. Their plan is to first collect data for two months. Then do a “soft launch” with no option to control the freeway to freeway movement for two months. Then by the early spring of next year, they will transition into a fully functioning system for another four months. Upon completion of the trail, the data and software will be evaluated for continued use, or the existing hardware could be used with different software.

One interesting technological part of the project are the Infra-Red Traffic Logger devices. 37 pairs of these vehicle detection devices spaced every 300 – 500 meters will be installed on the inside median barrier and outside shoulder or barrier. The Australians affectionately call them “turtles” because they are painted green. The turtles measure vehicle occupancy, density, speed, and volume for each lane of travel.

One of the concerns I brought up to CDOT when I first learned about this project four years ago was the problem of traffic backing up onto the roads leading to I-25 like Arapahoe or Lincoln Ave when the meter lights are holding traffic for long periods of time. They tell me part of the design process included reconstruction of the on ramps to expand ramp vehicle storage for coordinated ramp metering. In other words, optimizing the number of vehicles that can be “stored” or be waiting on the ramps or acceleration areas. They say this will reduce existing backups on intersecting arterials and optimize the system’s ability to manage traffic flow. We will see how that plays out over time during the 6-month testing phase.

Obviously one of the major unknowns now with this project is how will the test work during the post covid-19 traffic decline? We should find the answer to that question after the test is concluded next Spring and the final report is competed.