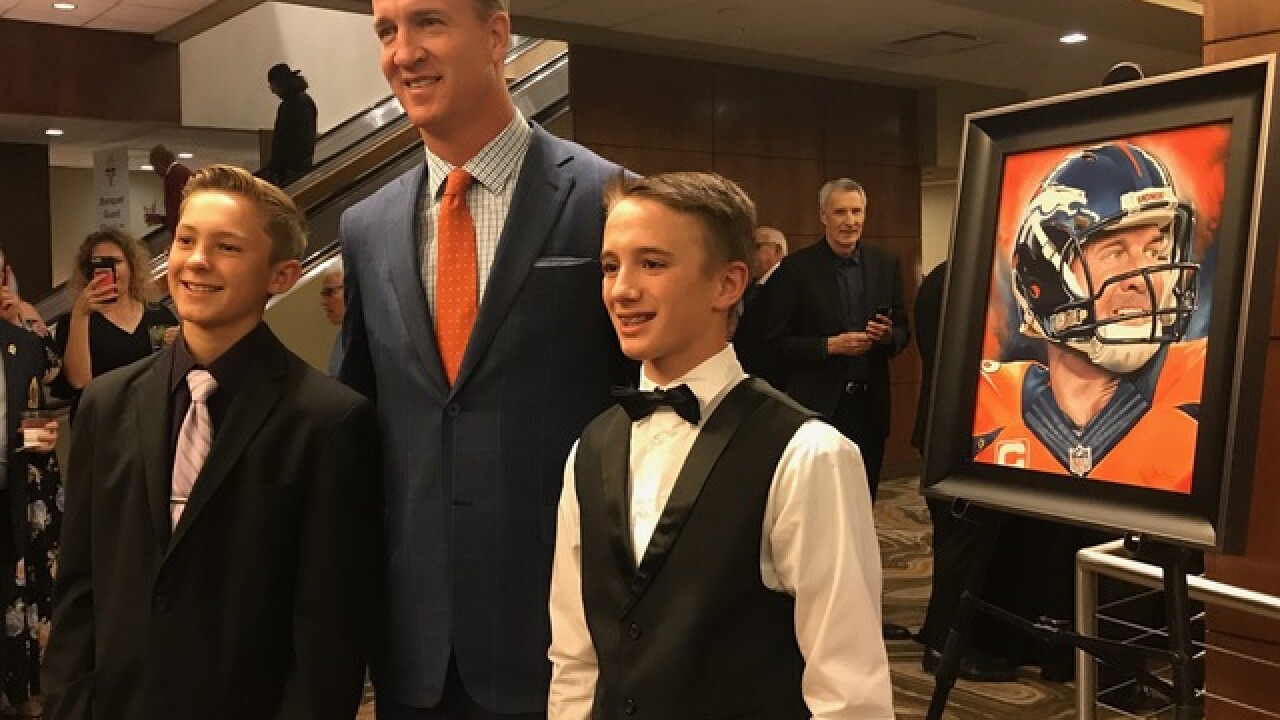 Even in his declining final season, Manning remained effective in the two-minute drill, an Intel processor at the line of scrimmage and the clear leader of the offense. His breathtaking four seasons in Denver led to his induction Wednesday in the Colorado Sports Hall of Fame.

For the Broncos to avoid back-to-back losing seasons for the first time since 1972, they need strong quarterback play. They don't need Manning. But they require a reasonable facsimile.

So what does Manning think of Case Keenum, the latest starter who follows in the missteps of Mark Sanchez, Trevor Siemian, Brock Osweiler and Paxton Lynch? I asked him.

“I like Case Keenum. I am a big Case Keenum fan. Case came to our football camp years ago, as a college player, he’s one of our alumni (of the Manning Passing Academy). My dad (Archie has) kept in touch with him since. I’ve seen him through the years. He and I have communicated and were gonna get together soon," Manning said. "He said he wanted to pick my brain on some things about being here.”

On a much larger scale, Manning understands the transition to a new team. He chose Denver after his career unceremoniously ended in Indianapolis because of a neck surgery and the planned drafting of Andrew Luck. Keenum arrives after leading the Minnesota Vikings to the NFC Championship game, and a miracle comeback over the New Orleans Saints.

What drew the Broncos to Keenum, beyond the familiarity Gary Kubiak and Vance Joseph had with him in Houston? He takes care of the ball, possesses a thick skin and is a player teammates respect and gravitate towards.

“What an exciting year he had last year for Minnesota; I know Broncos fans would like to see that same kind of magic duplicated,” Manning said. “He’s a hard worker, really been a winner all his life -- ya know high school to college. What a great opportunity. I am certainly pulling for him.”

Manning looked back Wednesday on his time with the Broncos. He still lives in the Denver area with his family, and attends a handful of Broncos games each year.

"I always thought Denver had a great atmosphere, great fan support, and that had a lot to do with me considering and choosing Denver when I became a free agent," said Manning, who is still considering options to remain in football after turning down multiple broadcast offers recently. "It seemed like it would be a fun place to play. Of course John Elway played a huge role in bringing me here. It was one of the best decisions I ever made."

The future pro football Hall of Famer became the star attraction Wednesday. He snapped photos with an endless stream of fans for 40 minutes, showing, as always, sincere appreciation for the support he has received throughout his career.

"I still remember my first game with the Broncos against the Pittsburgh Steelers. They were one of the best teams. We had a great team win," Manning said. "It just got us kind of started out on a good note with good momentum. And we had a lot of games like that afterward."

Part of the recruiting pitch to land Manning came from Todd Helton, his longtime friend tracking to their days together at Tennessee. There's irony now, Manning told me, that he's living in Denver and Helton has moved to Tennessee. He looks forward to catching up with the former Rockies first baseman. However, first a tee time with Keenum awaits.

Keenum is nearly a scratch golfer.

"I didn't know that," Manning said with a smirk. "He's going to have to give me some strokes."