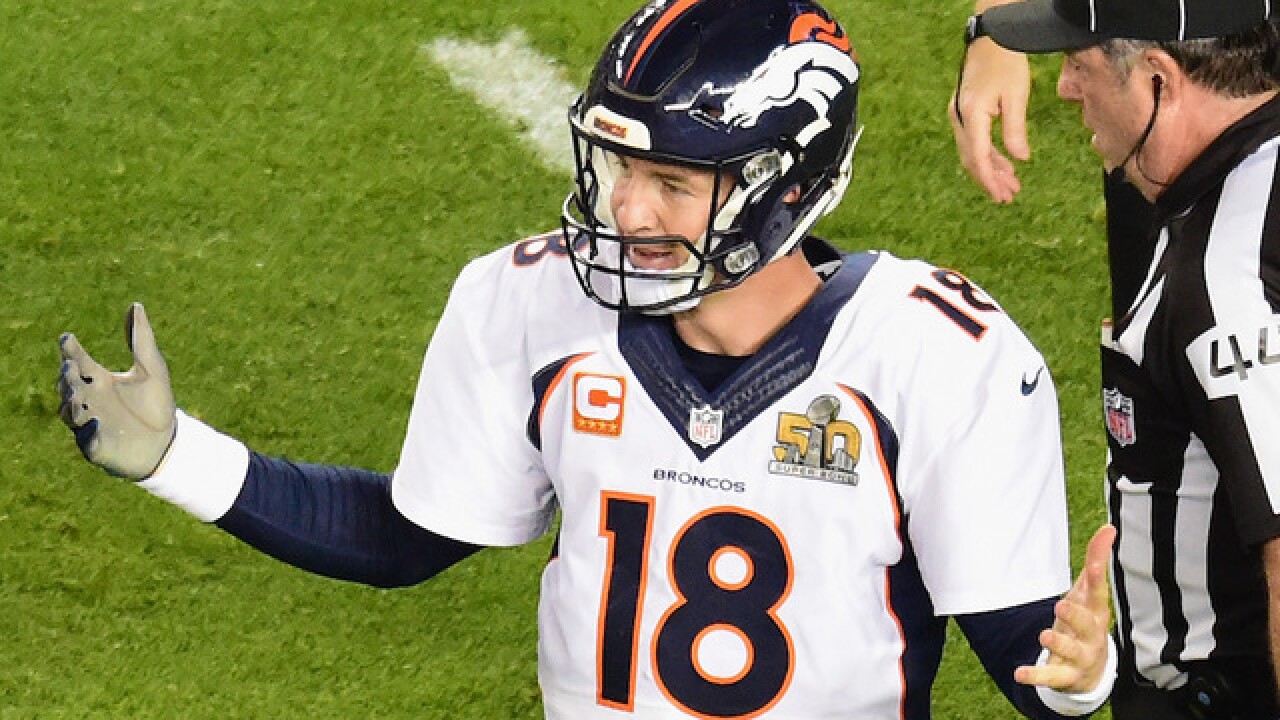 Harry How
<p>Quarterback Peyton Manning #18 of the Denver Broncos reacts while playing against the Carolina Panthers during Super Bowl 50 at Levi's Stadium on February 7, 2016 in Santa Clara, California. The Broncos would win the game 24-10.</p>

"I'm unemployed. I've got a couple of ads in the paper," Manning joked Wednesday night at his Colorado Sports Hall of Fame induction, which came on the 20th anniversary of his selection as the first overall pick in the 1998 NFL draft.

Manning spent 14 seasons in Indianapolis and four in Denver, then retired after becoming the  first quarterback to win Super Bowl rings with two teams.

He said he's enjoying retirement but keeps close tabs on the NFL, attending several games over the last couple of years in Denver, where he and his wife continue to raise their two young children.

"I stay close to it," said Manning, who retired a month after winning Super Bowl 50. "I'm certainly a fan, an ambassador, do some work with Riddell helmets, which keeps me close to it, and I still have a lot of friends in the league. Obviously I keep up with Eli."

The two plan to get together on the golf course soon so that Keenum can pick Manning's brain about playing in Denver, where the Broncos have gone 14-18 and missed the playoffs in the two seasons since the five-time MVP's retirement.

"I know what it's like to change teams," Manning said. "There's expectations. There's pressure. And there's a lot of adjusting."

The Broncos went 55-17 with two Super Bowl appearances and one parade in Manning's four seasons in Denver, the best four-year stretch in franchise history.

He'll be eligible for the Pro Football Hall of Fame in 2021.