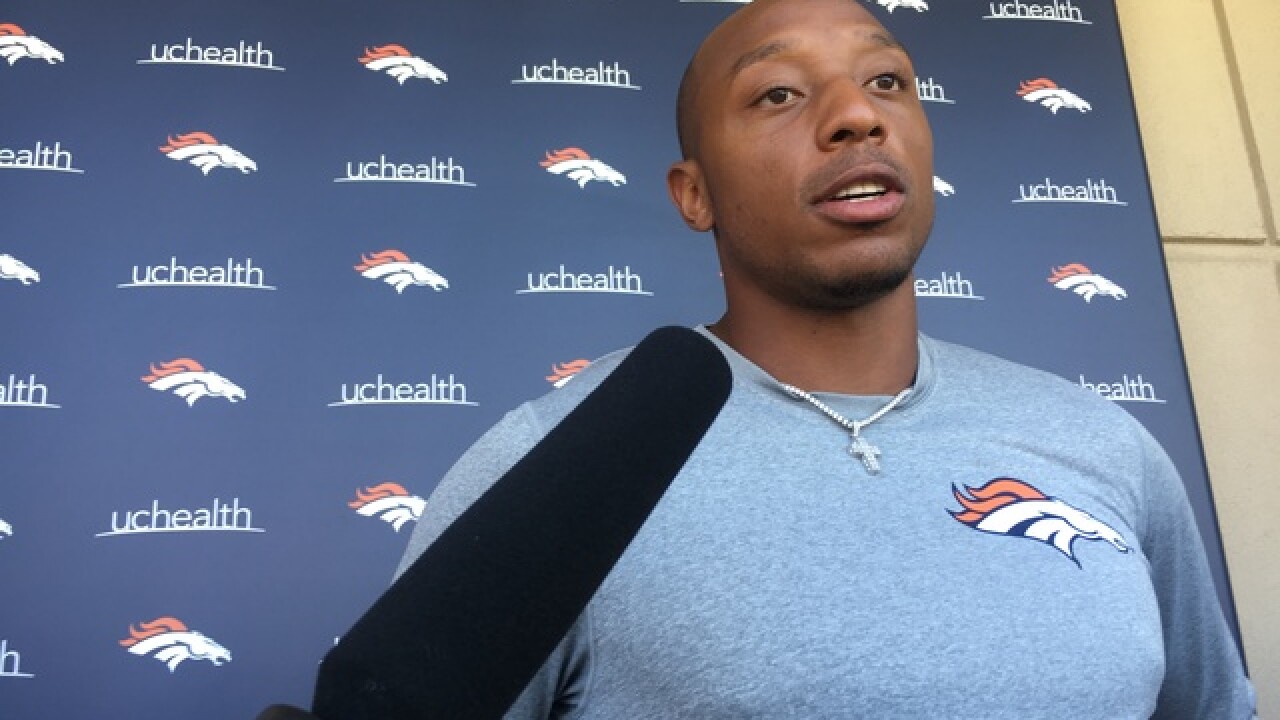 ENGLEWOOD, Colo. -- In the tunnel at M&T Bank Stadium, the message is impossible to miss.

"Play Like a Raven" is painted in bright gold, demanding a certain standard from the home players. After the Broncos lost their way and their cool in a 27-14 defeat at Baltimore, it raised the question: What does it mean to play like a Bronco?

When Denver won Super Bowl 50, accountability, toughness (with a dose of nastiness), and consistent leadership defined the team. It has been lacking in varying amounts since. The point remains driven home on the road where Denver has lost eight of its last nine dating to last season, outscored by 13 points per game.

There's no shame in a 2-1 start, but it feels precarious. This is a pivotal week to show improvement as two of the next three opponents are considered Super Bowl contenders, Kansas City and the Los Angeles Rams, sandwiching a roadie at the Jets.

My Denver7 takeaways from the loss:

When the Broncos added Case Keenum, they needed a rudder. He fills the role of captain comfortably. His production has not matched his status: five interceptions, tied for the league's most, and three touchdowns, ranking 22nd out of 25 qualifying quarterbacks. A learning curve is reasonable for a player on a new team who is adjusting to life as The Man. Still, the Broncos need better, and fast. Keenum held onto the ball too long in Baltimore, and while he minimized turnovers against relentless pressure, he failed to produce the big play.

The Broncos are thinner than Flat Stanley at cornerback, and it bit them at Baltimore. With Tramaine Brock uncertain to play this week because of a groin injury, the team is compromised even with the anticipated return of Adam Jones. General manager John Elway is looking to add another corner. Bashaud Breeland represents arguably best available free agent. He has drawn interest from seven teams over the last several weeks. According to reports, deals never happened because of a previous foot issue and contract demands. Still, he is a name to file away. In absence of a trade or signing, the Broncos could promote Brendan Langley from the practice squad, but he seemed unfit for the task in the preseason.

Cornerback Chris Harris Jr. said what others are thinking: Is it time to make adjustments in coverage? He insisted the Broncos are giving opposing quarterbacks "easy looks," and that Baltimore's Joe Flacco "already knew where to throw the ball and that we have to try and move around to try and disguise (the looks)."

This marks the second straight week a player or coach has questioned defensive coordinator Joe Woods' game plan. Coach Vance Joseph called the coverage "soft" against Oakland. Part of the issue is the lacking depth. However, quarterbacks own a 69.5 percent completion percentage against Denver, eighth best in the league. The Broncos need to figure out a blend of press and matchup zone coverage that fits the current group. Kansas City's Patrick Mahomes enters Monday night with a NFL record 13 touchdowns in the season's first three games.

Left tackle Garett Bolles struggled mightily and admittedly against Ravens rusher Terrell Suggs. The Ravens sacked Keenum three times, and provided steady pressure. Bad days happen at left tackle, but it looked frighteningly similar to last season. Former Broncos offensive lineman and 104.3 The Fan radio show host Mark Schlereth called for his benching. Regardless, Bolles must improve and respond to adversity better than he did as a rookie.

The Broncos lacked composure, and the 13 penalties for 120 yards reflected the behavior. Multiple calls were suspect -- specifically, the block in the back on Chris Harris Jr.'s touchdown recovery run -- but it marked a trend. The Broncos cost themselves 20 points because of fouls, including flags on Bolles and guard Ron Leary that knocked the Broncos out of field goal range. The Broncos boast 28 penalties in three games, tied for ninth most. To upset the Chiefs, they need to have no more than five.

Marquette King has a powerful leg. He booms punts. But he has lacked consistency in games. He struggled during the first half against Baltimore. Denver ranks fourth with 17 total punts, and 15th in net average at 41.6 yards, disappointing given King's skillset. King wades into the spotlight this week as he can ill-afford a mistake against the Chiefs' Tyreek Hill.

For the Broncos to be taken seriously as a playoff contender, they must pull off an upset. Or two. The Broncos enter Monday as a 4.5-point underdog to Kansas City -- for good reason. The Chiefs own a 17-1 record in their last 18 AFC West games, and have won five straight against Denver. In primetime, the Broncos need their stars to glisten. Von Miller failed to post a sack against Baltimore. The Broncos are not good enough to win if opponents neutralize him.