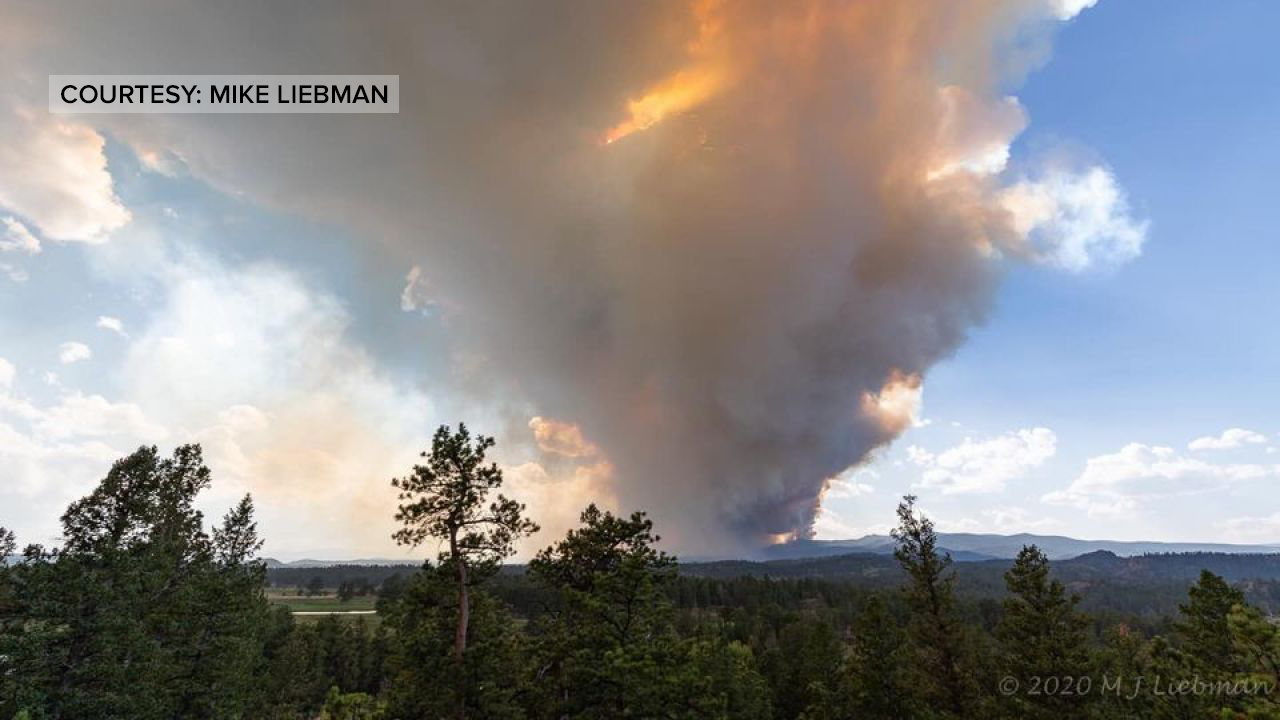 LARIMER COUNT, Colo. — The Cameron Peak Fire on Monday was burning into flatter terrain in western Larimer County, giving crews hope that firefighters could battle the fire more directly and better utilize airtankers following a weekend of fire growth and mandatory evacuations for homes in the area.

Helicopters and single-engine airtankers were expected to drop water and fire retardant on the fire Monday, and firefighters were planning to directly attack the fire, where it was safe to do so. Also on Monday, the Bitterroot 20-member hotshot crew from Montana was heading to Colorado to help battle the Cameron Peak Fire, officials said.

Mandatory evacuations are still in place for residents of Red Feather and Crystal Lakes. The evacuations were issued Sunday in the Cameron Peak Fire after gusty winds pushed the fire farther east and northeast.

Officials ordered residents of Red Feather and Crystal Lakes to evacuate due to immediate and imminent danger. The evacuation order also included Manhattan Road down to Highway 14 and Shambhala Center areas.

Authorities on Sunday were urging residents to “evacuate the area immediately and as quickly as possible. Do not delay leaving to gather belongings or make efforts to protect your home or business.”

Incident Commander Dave Gesser said the fire made a 1,500-acre run on Sunday.

The fire had seen minimal growth over the past week. However, gusty winds from the southwest caused the fire to become very active Sunday afternoon on the northwest perimeter. The fire is moving eastward and has crossed the Killpecker line and near Middle Bald Mountain.

The fire ignited Aug. 13 and has destroyed 54 structures. It was 15% contained as of Sunday.