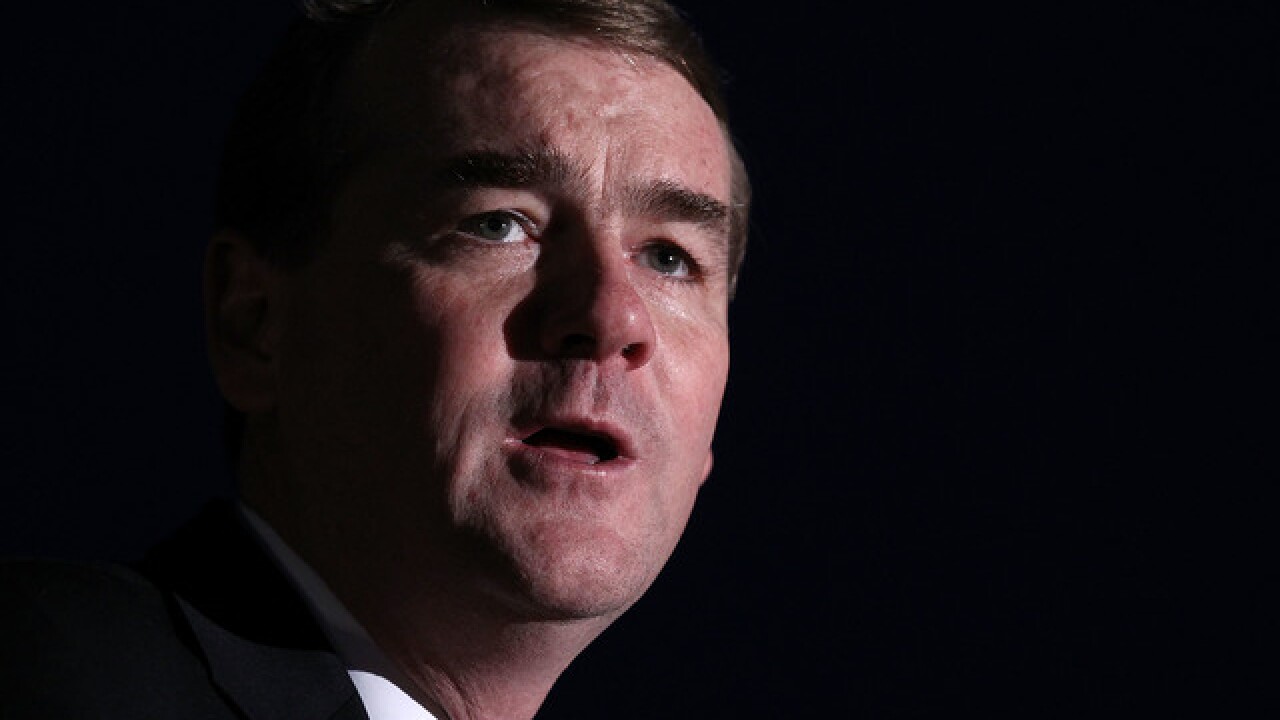 DENVER – U.S. Sen. Michael Bennet, D-Colo., on Tuesday formally announced he would be opposing the confirmation of Brett Kavanaugh to the U.S. Supreme Court, though it’s still unclear if Democrats will be able to mount enough support from Republicans to block the judge from being confirmed.

The Senate Judiciary Committee is tentatively scheduled to vote on whether to forward Kavanaugh’s nomination to the full Senate on Thursday, though Democrats on the committee could delay that vote until next week under committee rules.

Nonetheless, Senate Majority Leader Mitch McConnell, R-Ky., told MSNBC in recent days that he expected Kavanaugh to be confirmed by the start of October, with a likely Senate vote coming the week of Sept. 24.

Republicans hold a 51-49 majority in the Senate, and Kavanaugh needs a simple majority vote to be confirmed to the country’s high court. Pressure has mounted from pro-choice advocates on Sens. Lisa Murkowski, R-Alaska, and Susan Collins, R-Maine, to vote against Kavanaugh over what they say is his supposed likelihood to overturn the Supreme Court’s Roe v. Wade decision.

And some Democrats up for election in November in states won by President Trump in 2016 are also facing pressure from conservatives and moderates in their respective states to vote to confirm Kavanaugh, lest they be ousted in November.

Bennet hinted last week in a conference call with reporters that he had concerns about some of Kavanaugh’s prior positions. On Tuesday, he made clear he wouldn’t be voting for the current circuit court judge.

“After reviewing his writings, opinions, and testimony, I have concluded that Judge Kavanaugh will create a new Supreme Court majority that will threaten women’s reproductive rights, roll back essential environmental regulations, and favor large corporations over workers,” Bennet said in a statement Tuesday. “In addition, his view that sitting presidents may be immune from criminal investigations and subpoenas is particularly troublesome at this moment. For these reasons, I will oppose his nomination.”

Last week, Bennet said some of Kavanaugh's positions were “unusual,” including his stance on whether a sitting president can be indicted, abortion rights for women and several environmental issues.

“It’s very clear the people of Colorado do not want to go backwards,” Bennet said. “The last thing they want is to have a Supreme Court that can’t hold other branches of government accountable.”

After heated committee hearings last week in which dozens of people were arrested and Democrats objected to many procedural rules , as well as with the White House’s opposition to releasing some documents pertaining to Kavanaugh’s prior jobs, Republicans and Democrats alike have blamed one another for what they say has become a circus. But some in the GOP have reminded the Senate minority that they are just that.

Sen. Cory Gardner, R-Colo., said when Kavanaugh was nominated that it would be up to Democrats to “thoroughly review” Kavanaugh’s record.

“I hope my colleagues on the other side of the aisle will be thoughtful and thoroughly review this individual during the confirmation process and consider him rather than making a knee-jerk decision based on politics and nothing else,” he said at the time.

Republicans’ blocking of President Obama’s Supreme Court nominee, Merrick Garland, in 2016 has also stayed fresh in the minds of Democrats and those opposed to Kavanaugh. And Bennet blamed Republicans and the administration for the furor over Kavanaugh.

“As I have said many times, I am deeply discouraged by the Senate’s descent into rank partisanship. Regrettably, the Majority’s accession to the administration’s refusal to disclose Judge Kavanaugh’s full record—including nearly 90% of the documents from his time in the Bush White House—represents a further abdication of the Senate’s constitutional responsibility to advise and consent,” Bennet said Tuesday.

“The hearing was a sham. The American people would be better served by a transparent, deliberate, and bipartisan confirmation process.”