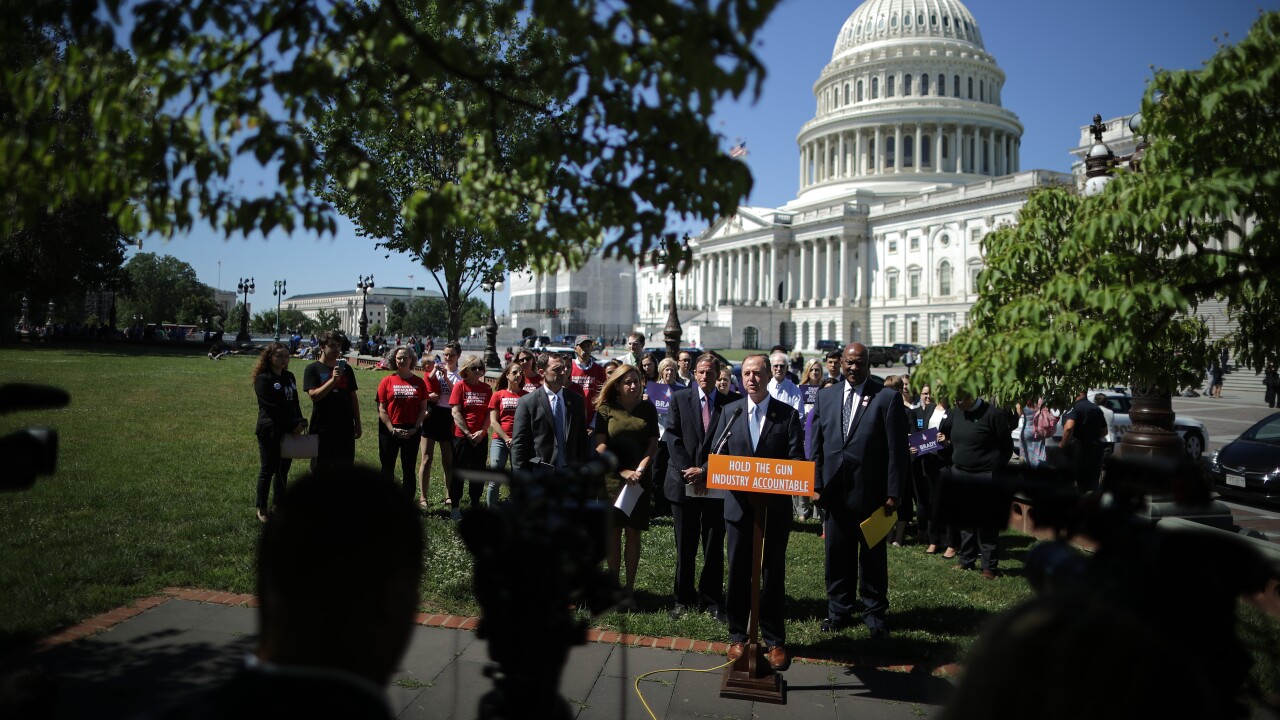 WASHINGTON, D.C. – U.S. Rep. Jason Crow, D-Colo., was among a host of Democratic lawmakers who on Tuesday introduced a measure that aims to repeal a 2005 law that protects the gun industry from liability after criminal shootings, the proponents said.

The Equal Access to Justice for Victims of Gun Violence Act would repeal the 2005 Protection of Lawful Commerce in Arms Act (PLCAA), which protects gun manufacturers, distributors and dealers from civil lawsuits if their products are used in commission of a crime.

Rep. Adam Schiff, D-Calif., and Sen. Richard Blumenthal, D-Conn., are the main sponsors of the latest version of the bill – as they have been in the past.

The lawmakers said the measure would allow for civil lawsuits against those manufacturers and dealers who were deemed to have acted irresponsibly in selling their goods. They argue that the gun industry is shielded from lawsuits under the PLCAA in ways that other industries, like the pharmaceutical industry, are not.

They also argue that despite promises made by proponents of the PLCAA that victims of gun violence would be able to have their days in court under the law, that has not happened.

In addition to repealing all but two sections of the PLCAA that pertain to gun storage and safety devices and penalties for using armor-piercing bullets, the Equal Access to Justice for Victims of Gun Violence Act also repeals a provision barring the introduction of gun trace data from the Bureau of Alcohol, Tobacco, Firearms and Explosives (ATF) into court proceedings.

Crow’s office also pointed to Sandy and Lonnie Phillips going bankrupt as they tried to sue an ammunition dealer who sold to the Aurora theater shooter, who in turn killed their daughter, Jessi Ghawi. They lost their suit and paid more than $200,000 in legal fees to the dealer.

“Gun violence has become a public health crisis in our country, yet many of those responsible for it – namely, negligent gun sellers and manufacturers – are shielded from accountability. In any other industry – whether it be Big Pharma or Big Tobacco – the American people can hold bad actors accountable for negligent behavior by taking them to court,” Crow said in a statement Thursday. “Yet, thanks to PLCAA, gun manufacturers and sellers stand immune and the gun lobby has the green light to put private profit ahead of public safety. In my district, we saw families go bankrupt after the Aurora Theater shooting because they tried to hold those in power accountable. It’s time we created a level playing field so survivors can have their day in court.”

Neither the Senate or House of Representatives versions from the 115th Congress in 2017-18 had any cosponsors from Colorado, nor did they carry any Republican cosponsors.

But even if the measure gains support in the Democrat-led House, it will face a very stiff uphill battle in the Republican-controlled Senate.

Both of Connecticut’s senators, Blumenthal and Chris Murphy, are supporting the measure after a March Connecticut Supreme Court ruling opened the door for families of Sandy Hook shooting victims to sue Remington Arms under state law.

“Our simple measure will give victims of gun violence their day in court and unlock the doors to justice —repealing the sweetheart deal that Congress granted to the gun lobby,” Blumenthal said in a statement.

Crow's district includes the STEM School Highlands Ranch, where two students are accused of shooting and killing one student and injuring eight others.