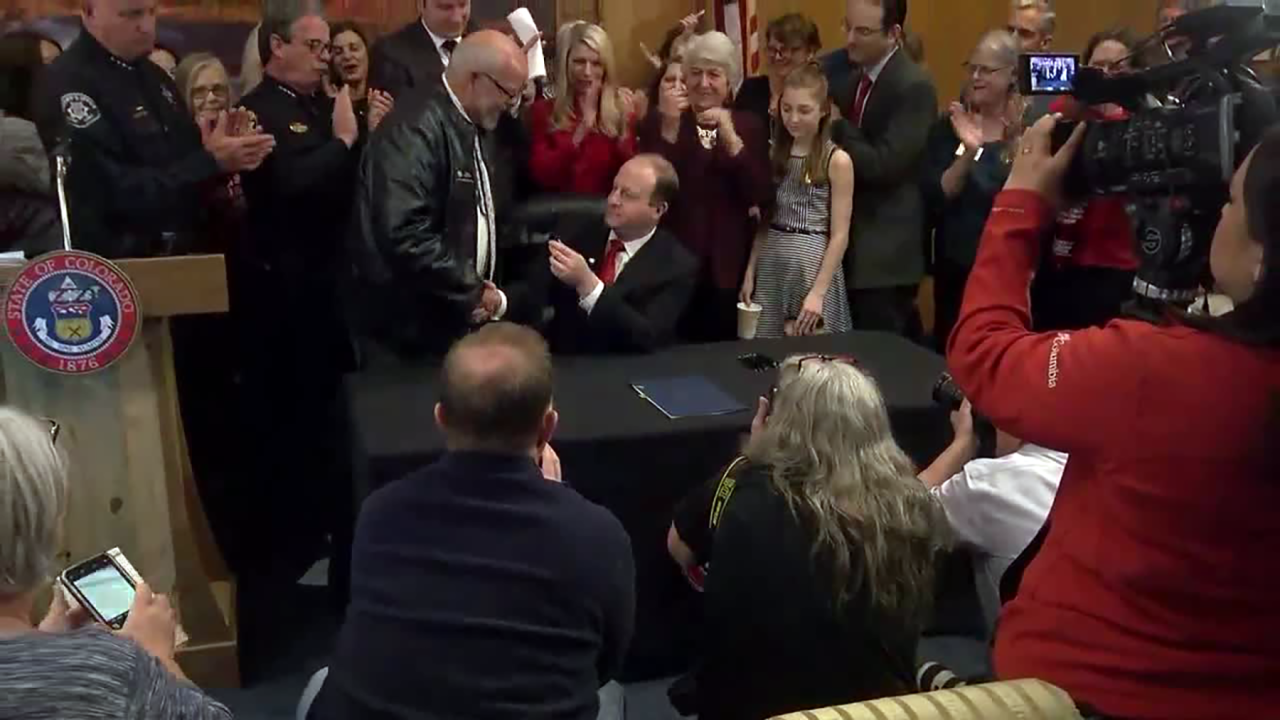 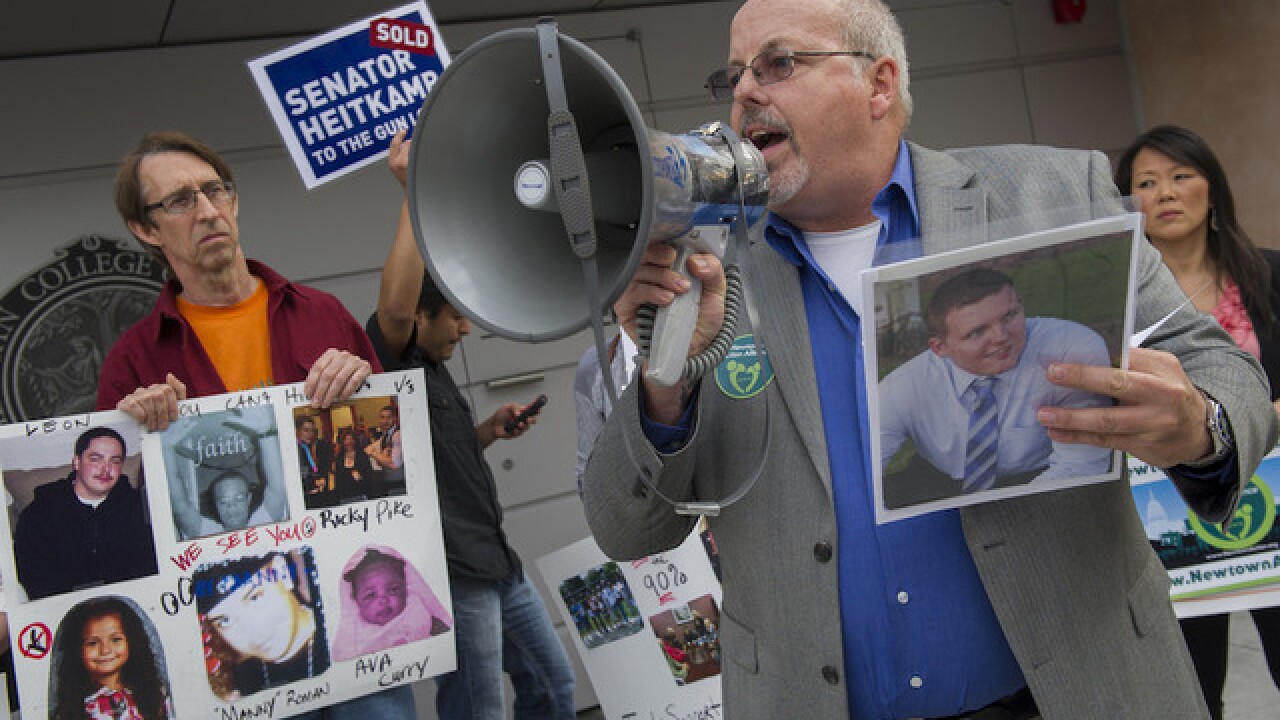 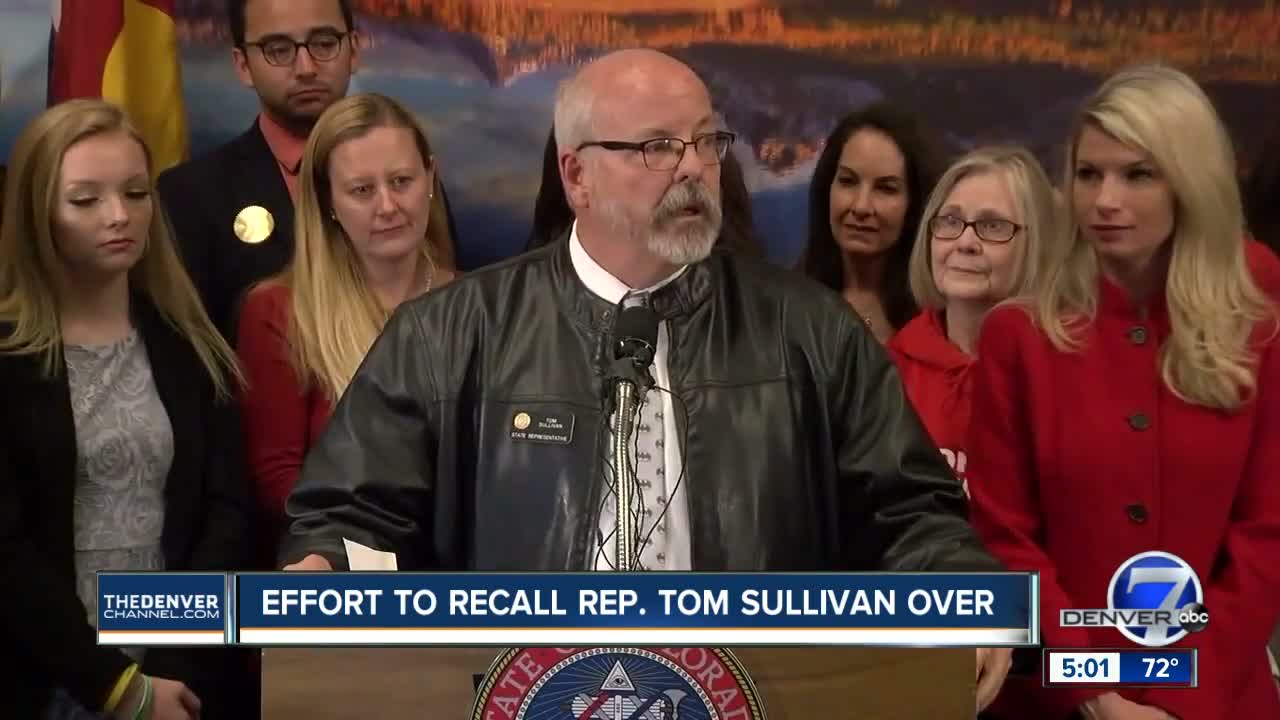 “While we are pulling the recall today to focus on other essential efforts, Sullivan does not get a free pass. 2020 is the year to oust him, with the support of voters who now know how extreme he is” Brown wrote.

"The Rocky Mountain Gun Owners and the Colorado GOP again underestimated the support we have from the people in my district," Sullivan said in a statement to Denver7 Tuesday. "I'm excited to continue talking to voters and making sure their voices are heard in the State House. I'll always work hard to earn their votes and make sure that fringe groups can't undermine our democracy."

Sullivan, whose son was killed in the Aurora theater shooting, won election in 2018 while campaigning on his support of a red flag measure, which failed during the 2018 legislative session. He was one of the sponsors of this year’s measure, which was signed into law by Gov. Jared Polis.

After Polis signed the bill in April, Burton initiated the recall effort, which also received support from Dudley Brown and his organization, Rocky Mountain Gun Owners. The petition was later approved, but supporters would have had to gather just over 10,000 signatures by July 12 to get a recall question on the ballot in the district.

The organization led an effort in last year’s election against former House Minority Leader Cole Wist, who was Sullivan’s opponent in the House District 37 race and who was one of the sponsors of the 2018 red flag bill, because of his support of such a measure.

After the Colorado GOP announced the effort against Sullivan, Wist penned an op-ed saying the recall effort was wrong and guided by money on RMGO’s behalf.

“I disagree with Rep. Sullivan on a number of policies. And, I am opposed to numerous pieces of legislation that he voted for this last session. However, Rep. Sullivan won the election, and I lost. He ran on gun control and then pursued it,” Wist wrote in the Colorado Sun. “Elections have consequences. Absent gross malfeasance or defrauding the voters, Rep. Sullivan deserves to serve out his term.”

Sullivan told Denver7 at the time he was not intimidated by the recall threat.

“Alex being murdered in the Aurora Theater Massacre was the hardest thing I’ve ever dealt with. Threats from extremists like Rocky Mountain Gun Owners do not scare me, and they will certainly never stop me from protecting other families from that same heartbreak,” Sullivan said. “I won’t be bullied by the gun lobby and I will always keep my promises to my community and my constituents.”

House Minority Leader Patrick Neville, R-Castle Rock, said in May that Republicans would be a “clearing house” for recall efforts but said he hadn’t “had any involvement” in collecting signatures. He said recalls were an “appropriate tool for those who think they were misled by their elected officials during campaign season.”

And on Tuesday morning, before Brown’s announcement that the effort was being dropped, Everytown for Gun Safety Action Fund donated $100,000 to Democracy First Colorado to defend Sullivan against the recall effort, and the Giffords foundation founded by former Arizona Congresswoman Gabrielle Giffords donated $10,000.

Sullivan has also received support from Moms Demand Action and founded Shannon Watts. The Denver Post first reported Tuesday that the effort might be in trouble after the new money came in.

“Voters knew exactly who they were electing when they sent Representative Sullivan to the General Assembly: A true hero who would do everything in his power to spare others from the terrible pain he experience when his son was murdered in the Aurora theater shooting,” said Everytown for Gun Safety President John Feinblatt. “We are proud to stand with Representative Sullivan in the face of this cynical effort to undermine the will of the people.”

Brown and the state GOP lamented that financial boost in her statement Tuesday morning and claimed they also initiated the recall effort because of his support of the National Popular Vote law, among others. RMGO and Dudley Brown said they hoped to focus their resources on “upcoming recalls” and “legislative battles” in a news release but also called Sullivan’s voting record “socialist.”

“I take the responsibility of spending RMGO donors’ money quite seriously,” Brown said in a statement. “At this point, the best use of our resources is to refocus on other efforts.”

Colorado Democratic Party Chair Morgan Carroll said the recall effort against Sullivan was a "sham" in a statement Tuesday and said the groups backing the recall were "still window shopping for Senate seats they can try to steal through a recall effort."

"Colorado Republicans know they can't win on the issues -- that's why they're being backed by outside special interests to abuse the process and overturn the will of the voters by launching cynical recall efforts," Carroll said. "Voters saw through this sham before, and they'll see through it again if the Colorado Republican Party launches more recalls."

Our Colorado Way of Life, a group formed to fight recall efforts against several Colorado Democrats, said in a statement Tuesday that the GOP and RMGO's efforts against Sullivan were out of touch with state voters.

"Their recall effort was an absolute non-starter in the district and their extremist messaging did more to hurt their efforts than help it. If there was any chance of this recall succeeding they wouldn't be running away from it, and their statement shows that they learned nothing from this failed attempt," the group said in a statement. "We hope that they will cease this endless election cycle and let voters decide Colorado's future during normal elections, but we are ready to beat them again if they launch additional recalls."

"The utter failure of this sham recall comes as little surprise. The extremists who pushed it underestimated both Representative Sullivan’s resolve and voters’ support for common-sense gun safety laws," spokesperson Curtis Hubbard said. "Moving forward, we expect voters to continue to shun recalls designed to line the pockets of scammers and extremists. Until then, we will continue to defend Democrats who are standing up for Colorado."

“Sullivan has already made a difference at the state Capitol and that has his opponents resorting to desperate tactics. We are standing with Rep. Sullivan in this fight to make sure that the demands from the majority of Colorado voters for gun reform will not be silenced,” he said.