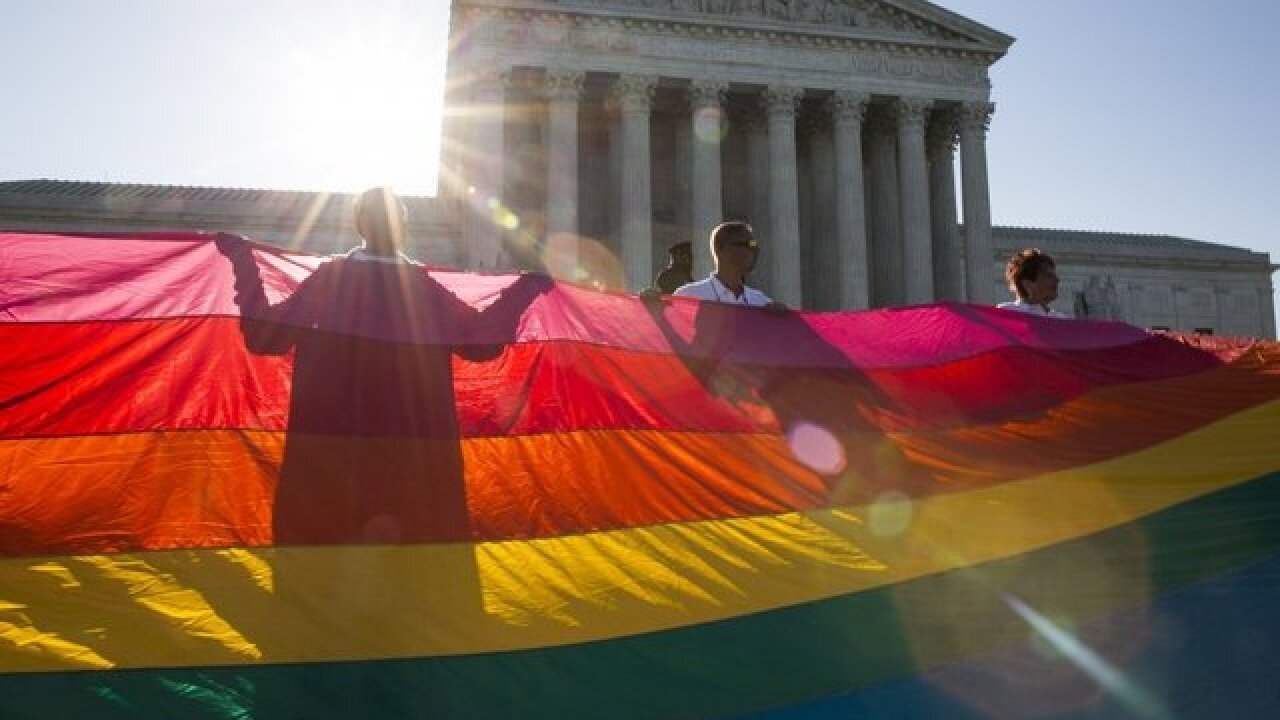 DENVER – While many expected the U.S. Supreme Court’s decision in Masterpiece Cakeshop to have wide-ranging effects on a host of similar court cases, legal analysts say it’s likely the court will have to make further rulings in the future in order to clarify its Monday findings.

Justice Anthony Kennedy, writing for the majority, said that the bigger issue posed in the case over whether or not there should be exceptions to anti-discrimination laws like Colorado’s or protections for LGBTQ people “must await further elaboration” in court cases.

There are 21 states that have anti-discrimination laws that specifically include gay and lesbian people, but there are a host of business owners —including florists, graphic artists, hospital, video producers and others—who have argued in various courts they don’t have to participate in same-sex weddings or perform transition surgeries because of their religious beliefs and First Amendment rights. There are also civil rights cases involving LGBTQ people in the courts.

Kennedy wrote in Monday’s opinion in Masterpiece that the many court disputes over those matters “must be resolved with tolerance, without undue disrespect to sincere religious beliefs, and without subjecting gay person to indignities when they seek goods and services in an open market.”

After the court’s Monday ruling in Masterpiece, which some called a “narrow” decision because it focused almost entirely on the biases of some commissioners on the Colorado Civil Rights Commission and not the broader questions at hand, the U.S. Supreme Court could choose to elaborate on its ruling this year.

"One potential [interpretation] is that #SCOTUS was looking to decide this case narrowly, found a way to do it, and used the Civil Rights Commission members as a scapegoat,” tweeted Christopher Jackson, a lawyer at Denver’s Sherman Howard.

A Washington florist has appealed a Washington Supreme Court ruling in which she was found to have violated state law by refusing to provide wedding flowers to a gay couple to the Supreme Court, and the nation’s top court is expected to decide whether to take that case by the end of June.

“I think this particular issue is almost certain to come up again,” University of Denver Law Professor Nancy Leong told Denver7 in an interview Monday. “I think we’re going to need more guidance from the Supreme Court in order to know exactly what is and is not permissible in this situation.”

Leong agreed with some other law professionals who said that the further guidance would be necessary for many business owners and lawmakers.

“I think a lot of people hoped we were going to get more guidance from this decision for business owners that are just trying to figure out what is and what is not permissible, and where we draw this line between religious beliefs and public accommodation,” she said.

Kristen Waggoner, the senior counsel for Alliance Defending Freedom, which argued Phillips’ case, said the court’s Monday decision “leaves the question of how the courts will balance those [cases] still in debate.”

James Esseks, the director of the ACLU's LGBT and HIV Project, said that Masterpiece "wins the battle but loses the war." The ACLU supported the same-sex couple in the case.

"Monday’s decision gives a very narrow victory to the bakery," Esseks said. "But the court has clearly signaled that the broader rule the bakery was seeking here — a constitutional right to discriminate and turn customers away because of who they are — is not in keeping with American constitutional tradition."

Writing for SCOTUSBlog , Amy Howe, a Supreme Court law expert, said that Monday’s ruling “casts at least some doubt on how easy it will be for others in Phillips position to prevail going forward, given the majority’s emphasis on the unsettled state of the same-sex marriage laws…in 2012 and the open hostility displayed by the Colorado Civil Rights Commission at Phillips’ hearings.”

“In short,” she continued in her post, “today’s ruling seemed to leave open as least as many questions as it resolved. The only thing we can be sure of is that these issues will return to the courts, and in all likelihood the Supreme Court, before long.”

While it's unclear exactly what ramifications the decision will have in other cases, some in Colorado said Monday that the Civil Rights Commission will get another hard look in the wake of the court's decision.