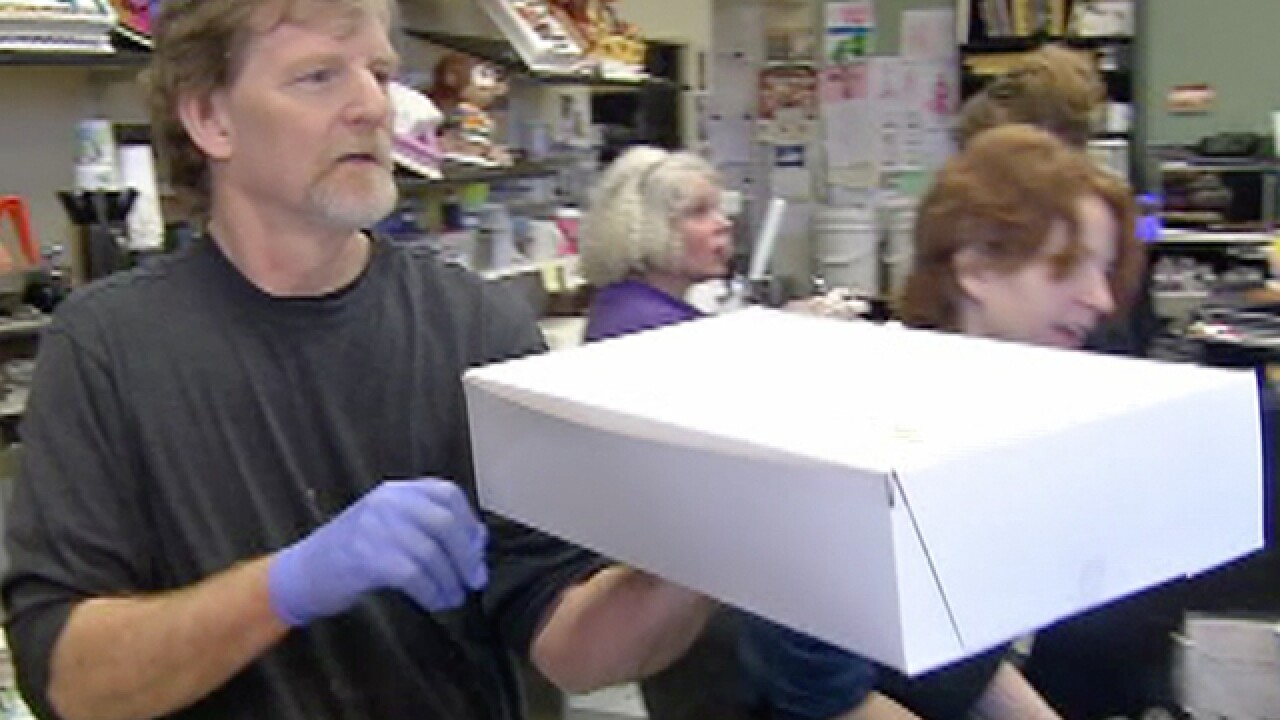 Copyright 2017 Scripps Media, Inc. All rights reserved. This material may not be published, broadcast, rewritten, or redistributed.
<p>Jack Phillips, the owner of Masterpiece Cakeshop in Lakewood.</p> 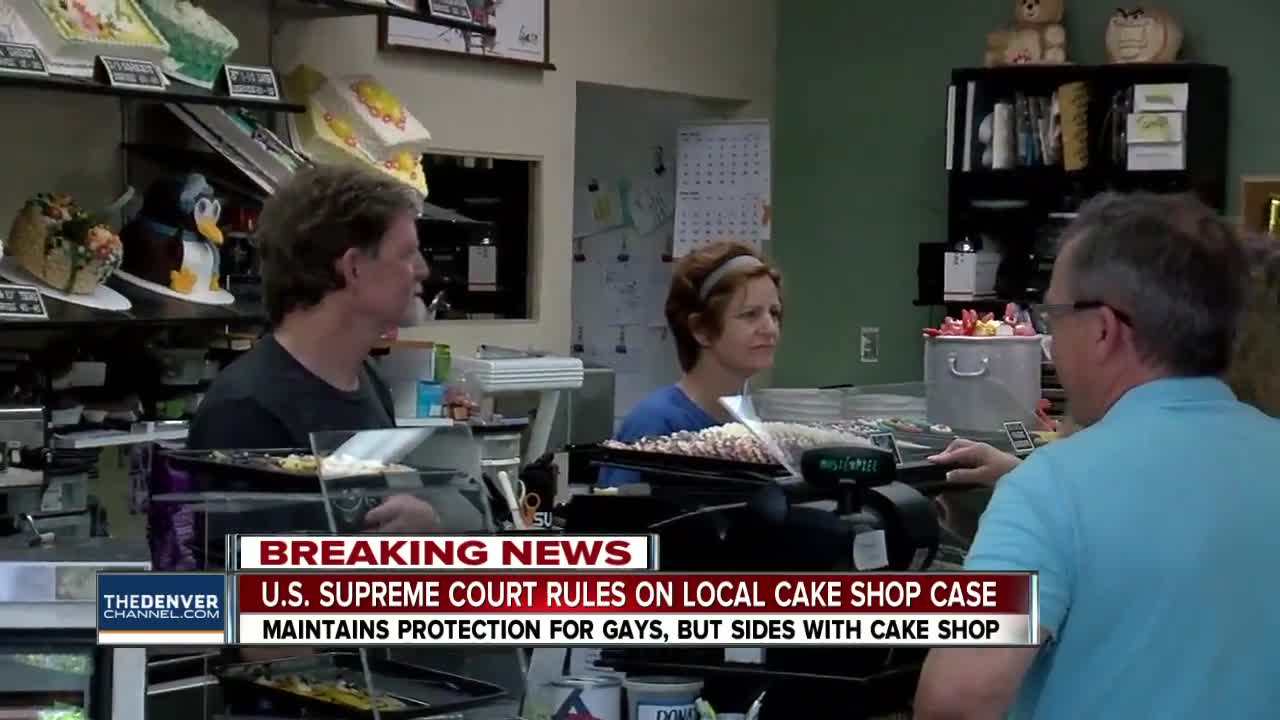 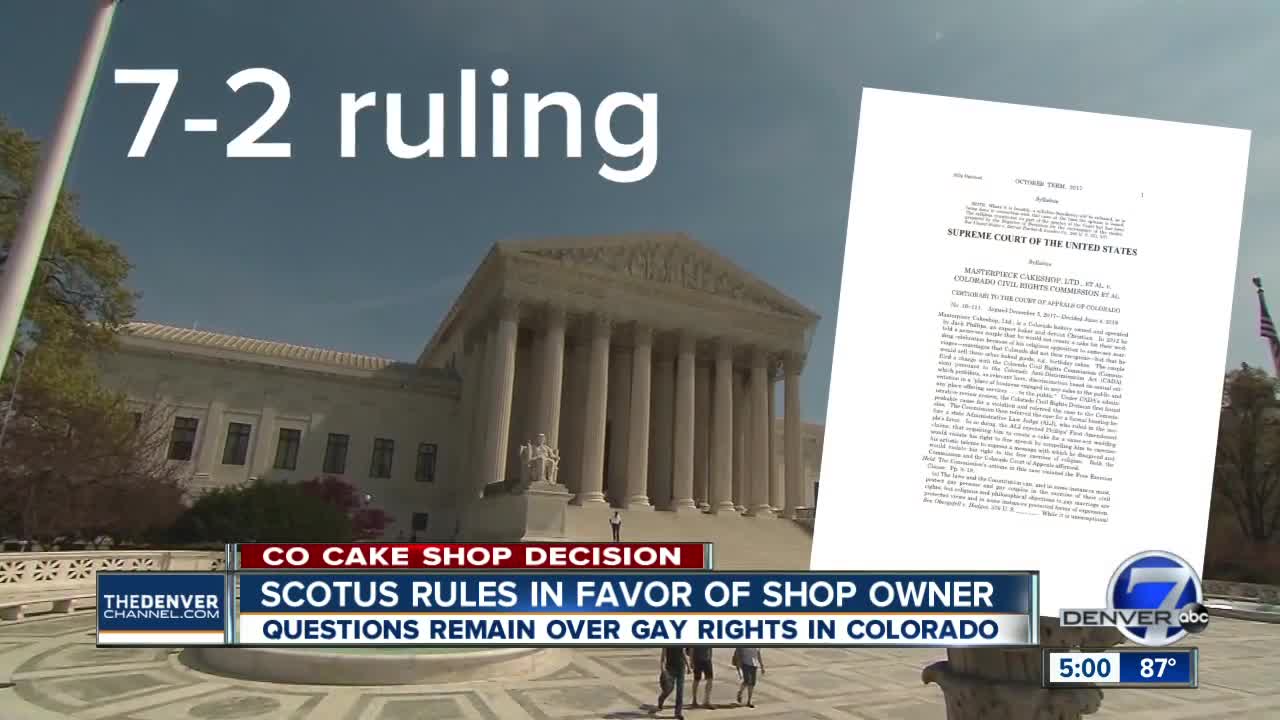 DENVER – The U.S. Supreme Court on Monday ruled in favor of a Colorado baker who refused to bake a cake for a same-sex wedding but refrained from deciding on the larger issue of whether a business owner can choose not to serve gay customers.

Justice Anthony Kennedy wrote the court’s opinion in the Masterpiece Cake shop case, finding that the Colorado Civil Rights Commission violated baker Jack Phillips’ rights when it said he cannot refuse to bake cakes for same-sex couples. The justices voted 7-2 that the commission violated Phillips' First Amendment rights with its "clear and impermissible hostility toward the sincere religious beliefs motivating his objection." That "hostility" casts doubt on the commission's impartiality in the case, the court said.

"Whatever the confluence of speech and free exercise principles might be in some cases, the Colorado Civil Rights Commission’s consideration of this case was inconsistent with the State’s obligation of religious neutrality," Kennedy wrote.

The court did not decide the overarching issue of whether a business can refuse to serve gay people; Kennedy wrote the issue "must await further elaboration," while also stating that it's a "general rule" that religious objections don't allow business owners to deny equal access to protected classes of people "under a neutral and generally applicable public accommodations law."

In concurring, Kagan agreed with the court's narrow ruling, stating that "Colorado can treat a baker who discriminates based on sexual orientation differently from a baker who does not discriminate on that or any other prohibited ground. But only, as the Court rightly says, if the State's decisions are not infected by religious hostility or bias."

Justices Ginsburg and Sotomayor dissented, saying that the attitudes and statements of commissioners shouldn't nullify previous rulings in the case, which were in accordance with Colorado law.

"Whatever one may think of the statements in historical context, I see no reason why the comments of one or two Commissioners should be taken to overcome Phillips' refusal to sell a wedding cake to Craig and Mullins," Ginsburg wrote. "The proceedings involved several layers of independent decisionmaking, of which the Commission was but one."

The case began back in 2012 when Dave Mullins and Charlie Craig went to Masterpiece Cakeshop in Lakewood hoping to order a cake for their same-sex wedding.

On Dec. 5, the anniversary of Dave and Charlie's first date, their long legal battle reached the U.S. Supreme Court.

Phillips’s lawyers argued this was not a case about refusing service, noting that Phillips would sell the couple anything in the shop, but that a custom order drew the line in the sand.

“Jack serves all customers; he simply declines to express messages or celebrate events that violate his deeply held beliefs. Creative professionals who serve all people should be free to create art consistent with their convictions without the threat of government punishment. Government hostility toward people of faith has no place in our society, yet the state of Colorado was openly antagonistic toward Jack’s religious beliefs about marriage. The court was right to condemn that. Tolerance and respect for good-faith differences of opinion are essential in a society like ours. This decision makes clear that the government must respect Jack’s beliefs about marriage.”

Phillips declined to comment Monday at his shop, and by the end of the afternoon, he was in the process of closing the shop and heading to New York, according to a sign on the bakery.

In a conference call following the ruling, Mullins and Craig expressed disappointment in the court's opinion.

“Obviously we are disappointed with this ruling but we want to thank the state of Colorado,” they said. “It makes us feel the state we call home has had our backs.”

The two also spoke with Denver7 in an interview later Monday morning.

“Obviously we’re disappointed with this ruling. We were hoping it would go a different way but you know, we live in a country where we believe turning people away from businesses just because of who they are is wrong,” Mullins said in an interview Monday with Denver7.

But he said he doesn’t feel the court’s ruling, which mostly addressed the Colorado Civil Rights Commission, will have a binding effect on LGBTQ anti-discrimination laws across the country.

“I don’t think this is a lost cause in anyway,” he said. “I think the issue of public accommodation and discrimination against LGBT people will continue.”

Craig said he was “shocked” by the ruling but said he wouldn’t change anything about the way they handled the case.

“If we had to do this over again, we would do it the exact same way,” Craig said.

The American Civil Liberties Union, which represented Mullins and Craig, recognized that the court was addressing the commission's handling of the case and not the larger issue at hand.

“The court reversed the Masterpiece Cakeshop decision based on concerns unique to the case but reaffirmed its longstanding rule that states can prevent the harms of discrimination in the marketplace, including against LGBT people.” said ACLU Deputy Legal Director Louise Melling.

"The First Amendment prohibits governments from discriminating against citizens on the basis of religious beliefs. The Supreme Court rightly concluded that the Colorado Civil Rights Commission failed to show tolerance and respect for Mr. Phillips' religious beliefs," Sessions said.

Nancy Leong, a law professor at the University of Denver, said she thinks the issue will come up again at the Supreme Court and said she thought the court would have to issue further guidance regarding some anti-discrimination laws.

“I think a lot of people hoped we were going to get more guidance from this decision for business owners that are just trying to figure out what is and what is not permissible, and where we draw this line between religious beliefs and public accommodation,” she told Denver7 in an interview Monday.

Other law experts had similar thoughts as to the future cases as well.