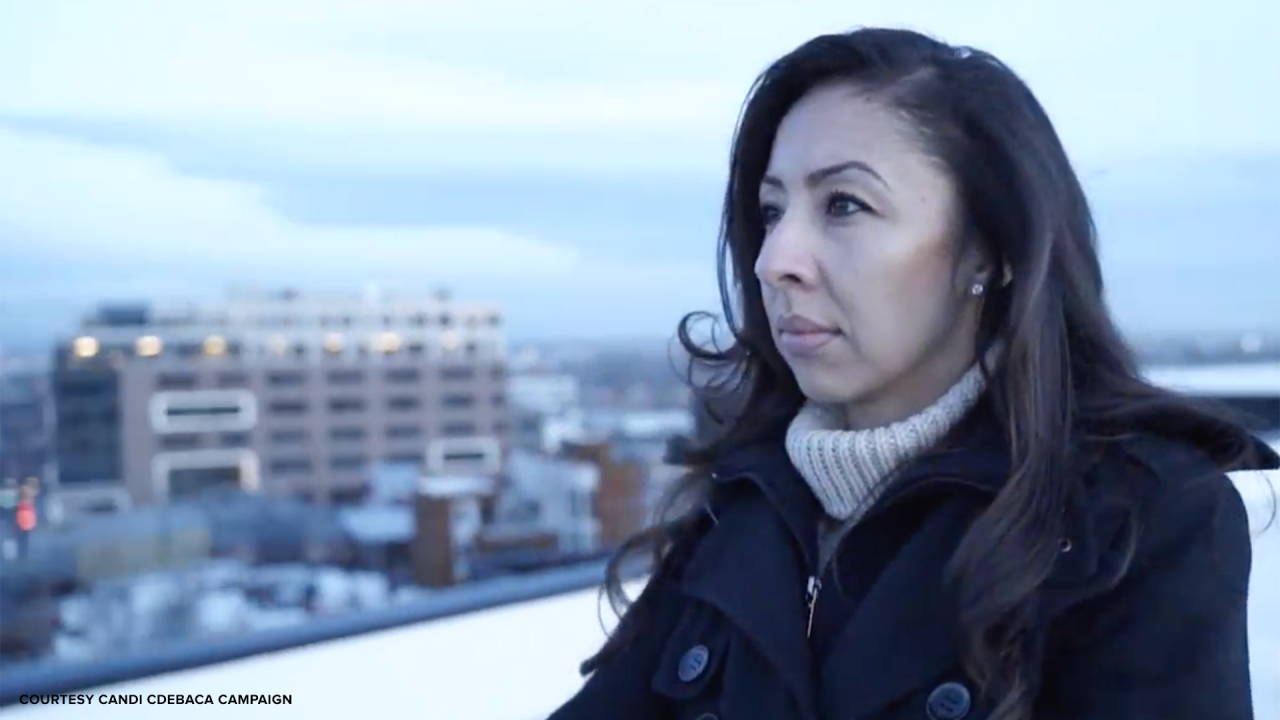 Copyright 2019 Scripps Media, Inc. All rights reserved. This material may not be published, broadcast, rewritten, or redistributed.
Courtesy Candi CdeBaca campaign
But perhaps the race getting the most attention is Candi CdeBaca’s victory over incumbent Albus Brooks – the former council president. CdeBaca, a District 9 native who has been a vocal opponent of the I-70 expansion project and who was backed by progressive group Colorado Working Families, defeated Brooks 52.4% to 47.6%. 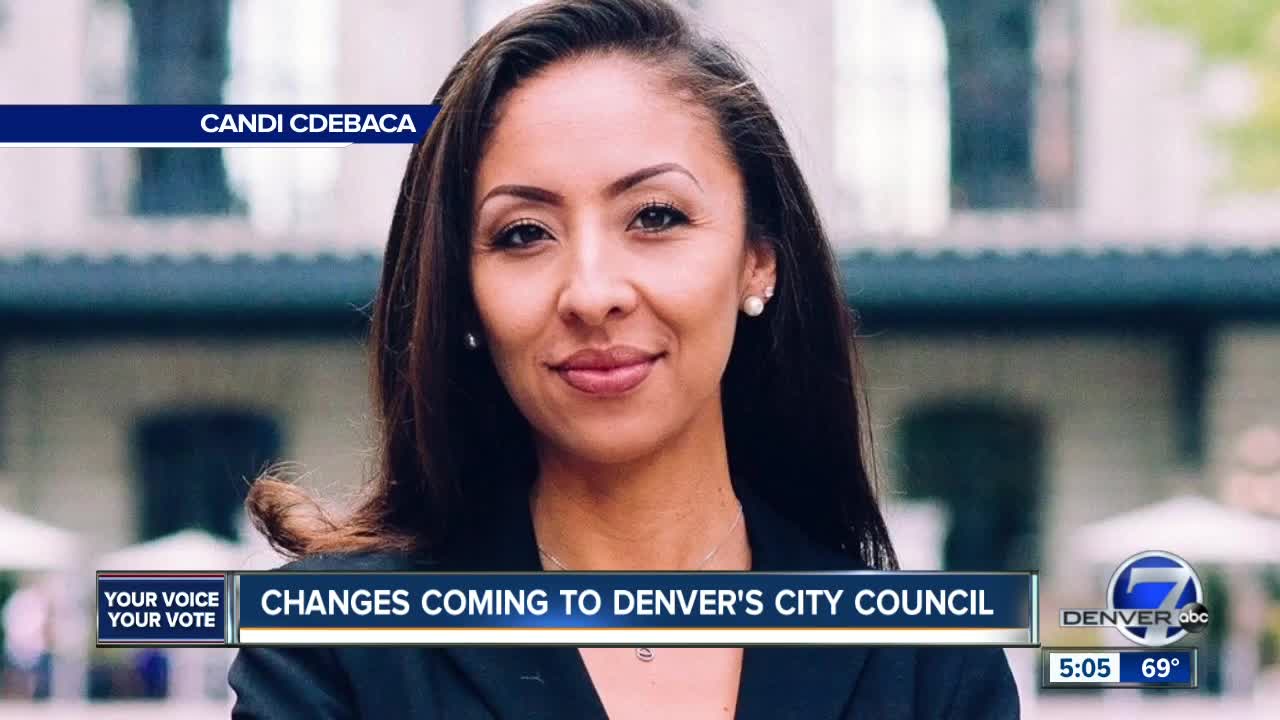 While Mayor Michael B. Hancock handily defeated challenger Jamie Giellis in the mayoral race, 56.3% to 43.7%, challengers defeated incumbents in the District 5, District 9 and District 10 City Council races, according to the final unofficial results from the Denver Elections Division. Incumbents previously defeated sitting council members in 2015 and 1987, though only one did so each year.

The results will become official once the election is certified. There is an eight-day window for military and overseas ballots to be received and for unsigned ballots or any with signature discrepancies to be cured, after which the results will be certified.

But perhaps the race getting the most attention is Candi CdeBaca’s victory over incumbent Albus Brooks – the former council president. CdeBaca, a District 9 native who has been a vocal opponent of the I-70 expansion project and who was backed by progressive group Colorado Working Families, defeated Brooks 52.4% to 47.6%.

Brooks is close with Hancock and some had said they believed he was possibly being groomed to take over the mayor’s office after Hancock leaves.

Many following the municipal election called the victories by the incumbents a wave for progressive candidates. The political groups that backed CdeBaca called the race a battle between special interests and grassroots activism and called Tuesday’s result a strong message from Denver voters.

Valverde said the race was a fight for the soul of Denver, which many in District 9 see as growing to quickly and pushing out the historic voices and neighborhoods of the city.

He said Wednesday that CdeBaca “began a movement” with her race and that he believes she will follow through with her campaign goals once she is sworn in on July 15, along with the other new and re-elected members. Aside from growth and homelessness, some of the other progressive candidates called for increasing the minimum wage and implementing a collective bargaining agreement for city employees.

“The big one is we can finally address in a real and substantive way homelessness and affordability in our city,” Valverde said. “Voters aid without hesitation that we want a city that represents all of us.”

In a Facebook post Wednesday, CdeBaca thanked all of her staff, supporters, volunteers and voters for their work and outlined how much work she has put into her life to get to where she sat Wednesday – a city councilor in her home district.

“The Eastside taught me really early what ‘real’ really means. Don’t talk about it, BE about it. I knew in my heart if community who knew this principle still existed in the Eastside, they would see me and recognize real. If they didn’t I was cool with it too because I wanted to serve those who understand this principle. They are here, they showed up, they recognized real. We won’t this battle while our communities are at war,” she wrote.

“We built this movement off of many other small battles that we did not ‘win’ but that we used as preparation for this battle. We will do the same with this victory. This is just the beginning. This is preparation for the next battle. So let’s keep building!” she added.

She declined an interview request from Denver7 Wednesday, saying in a text message that she was “taking a little hiatus to rest and recover” and would speak to the press next week.

Brooks wrote in a Facebook post that he called CdeBaca Wednesday morning to concede, saying “we fell well short of our goal.” He said he “promised of a smooth transition from my office to hers so she can hit the ground running in July.”

“We wish her team the best of luck as she leads District 9,” he added.

Sawyer similarly said she planned to bring change to city council, especially when it comes to development.

“Our campaign has had a simple goal – to lift up the voices of our neighborhoods without accepting contributions from Big Developers,” she wrote on Facebook. “Tonight, even though we were outspent over 7-1 in the run-off, we proved that the ‘soul’ of our city is not found in the pockets of Big Developers, but in the hard-working people who live here.”

New told our news partners at The Denver Post that he had conceded to Hinds: “People made their decision and if they feel they need change, then that’s what will happen.”

Hinds told The Denver Post that even he was surprised at the outcome of the city council seats versus the mayor’s office.

“It’s a little confusing to me that we have so many people reacting to growth but we had the mayor re-elected, and comfortably,” Hinds said.

Valverde and others said Hancock would face new challenges in working with the council with Brooks gone and a new group of candidates more opposed to large-scale development in the city than there have been previously.

“We think with this new cohort of candidates we can actually get some of the progressive policies that we’ve been hoping for, for a long time,” Valverde said.

The clerk and recorder race is separated by 315 votes, with Lopez in the lead. He declared victory late Wednesday afternoon despite admitting the margin of the race would likely trigger an automatic recount.

“Thanks to the people of Denver, their passion and hard work, I’m overjoyed to report that the final uncertified results show we have won our race for Clerk and Recorder,” Lopez said in a statement.

Perl said the margin appeared to be within the range to trigger an automatic recount, but there are still expected to be a few ballots trickling in from overseas and military voters.

“I will let you know as soon as possible what our next steps will be. If you’re interested in helping my campaign through this process we are gathering volunteers’ names & numbers. Thank you for all your support!” Perl tweeted.

But Lopez said he and his team believed the final tally would reflect that shown on Wednesday.

“Earning your confidence to lead this office is the honor of a lifetime, and I can’t wait to continue our work for the people of Denver,” he said.