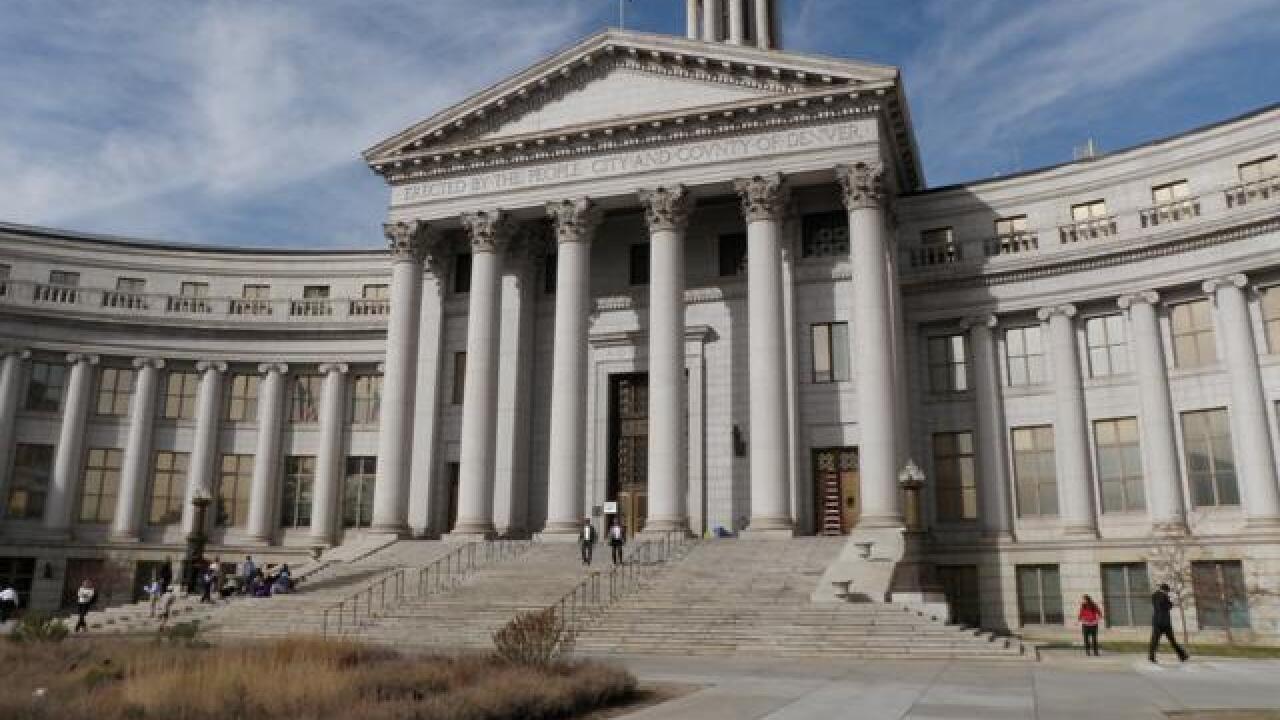 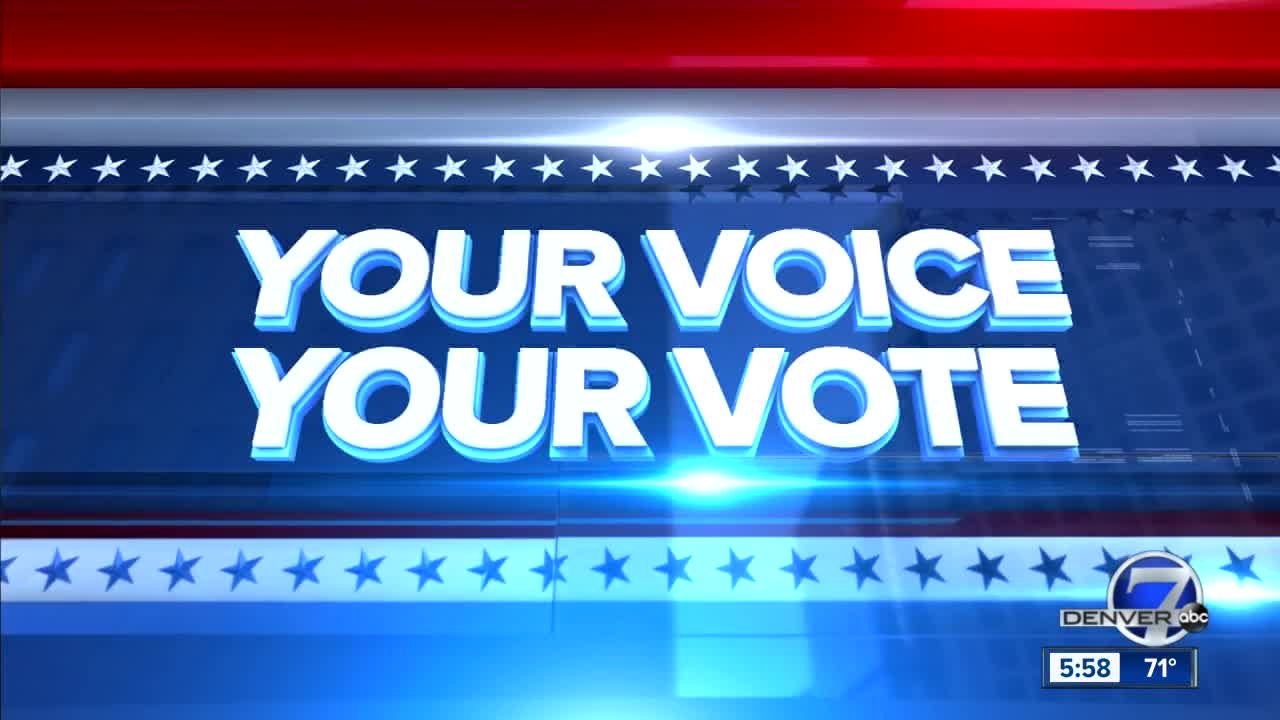 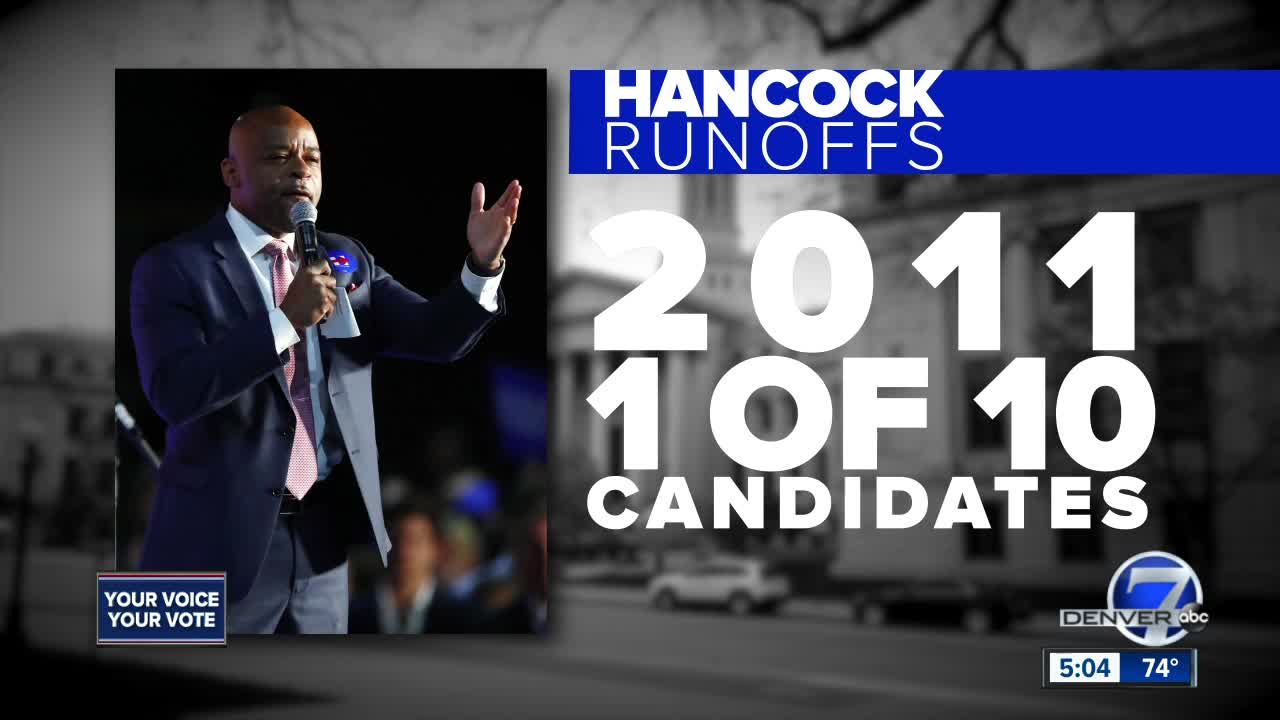 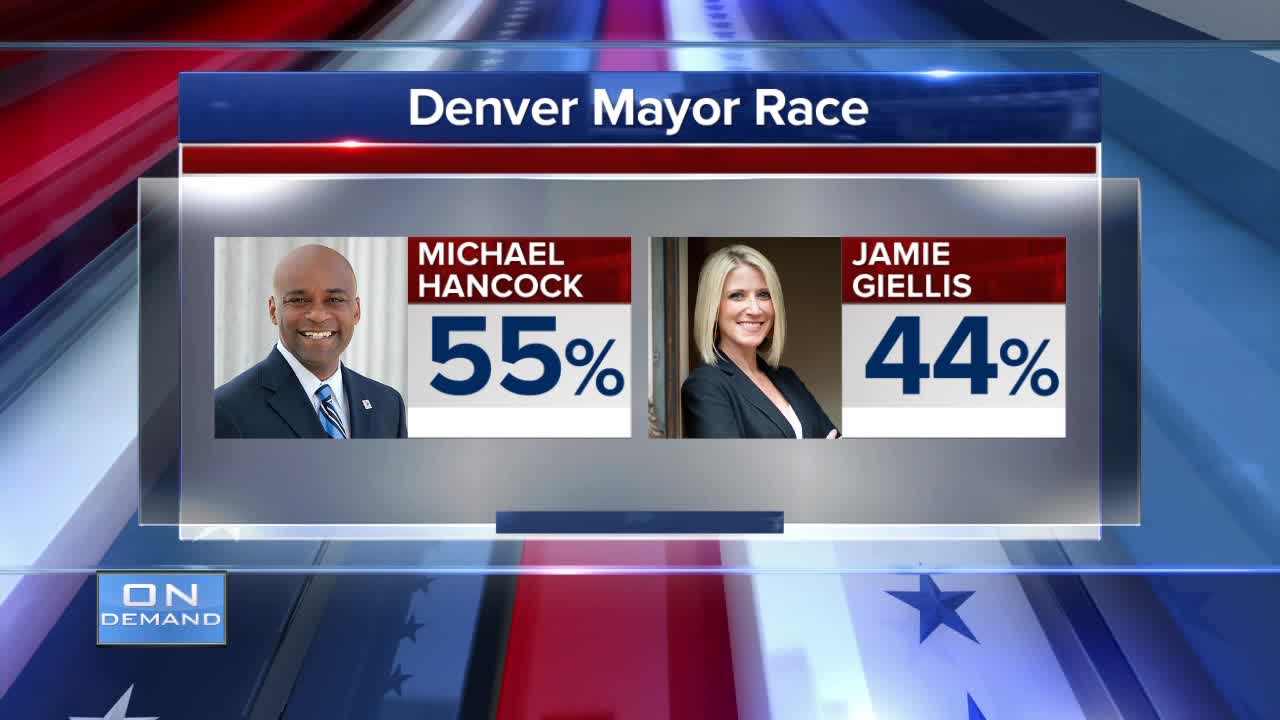 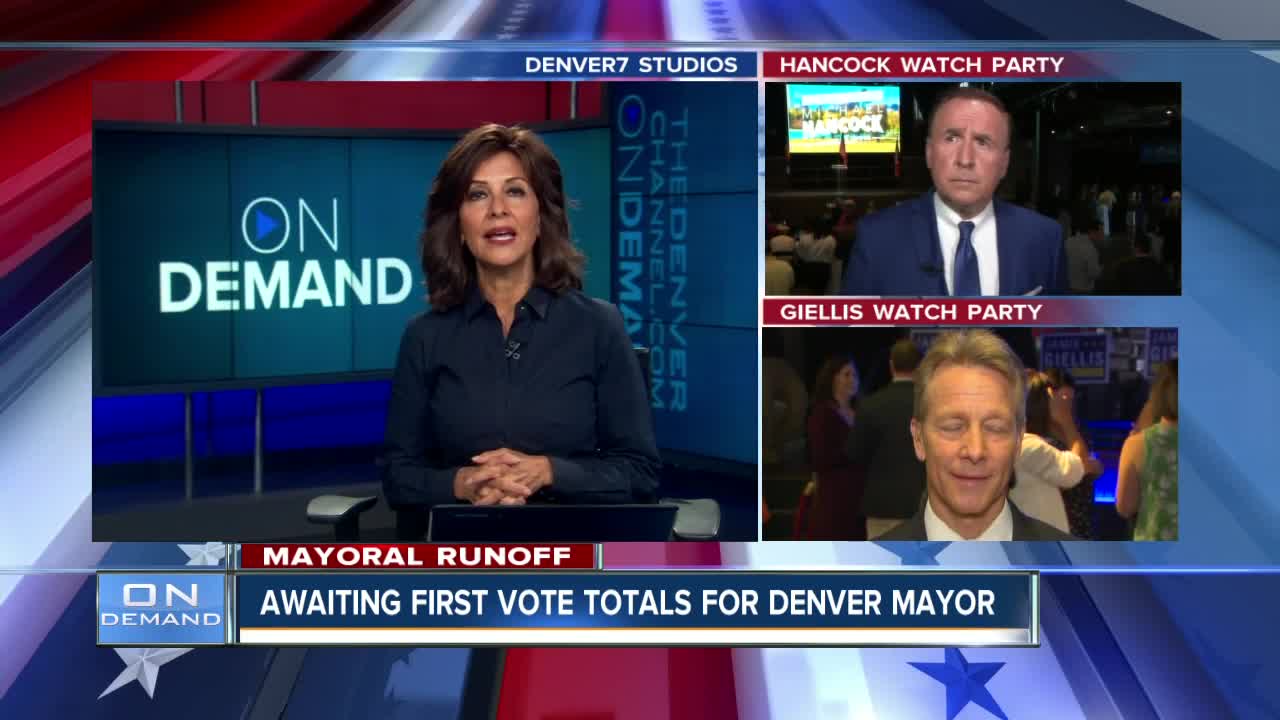 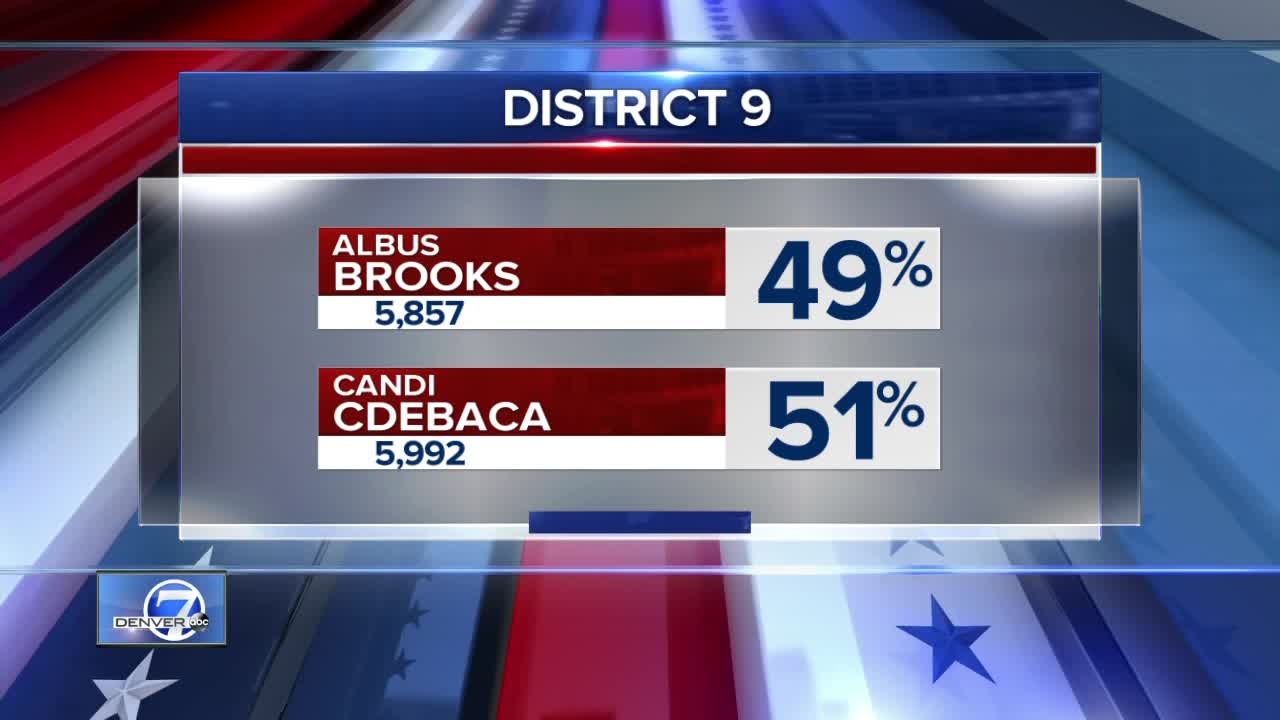 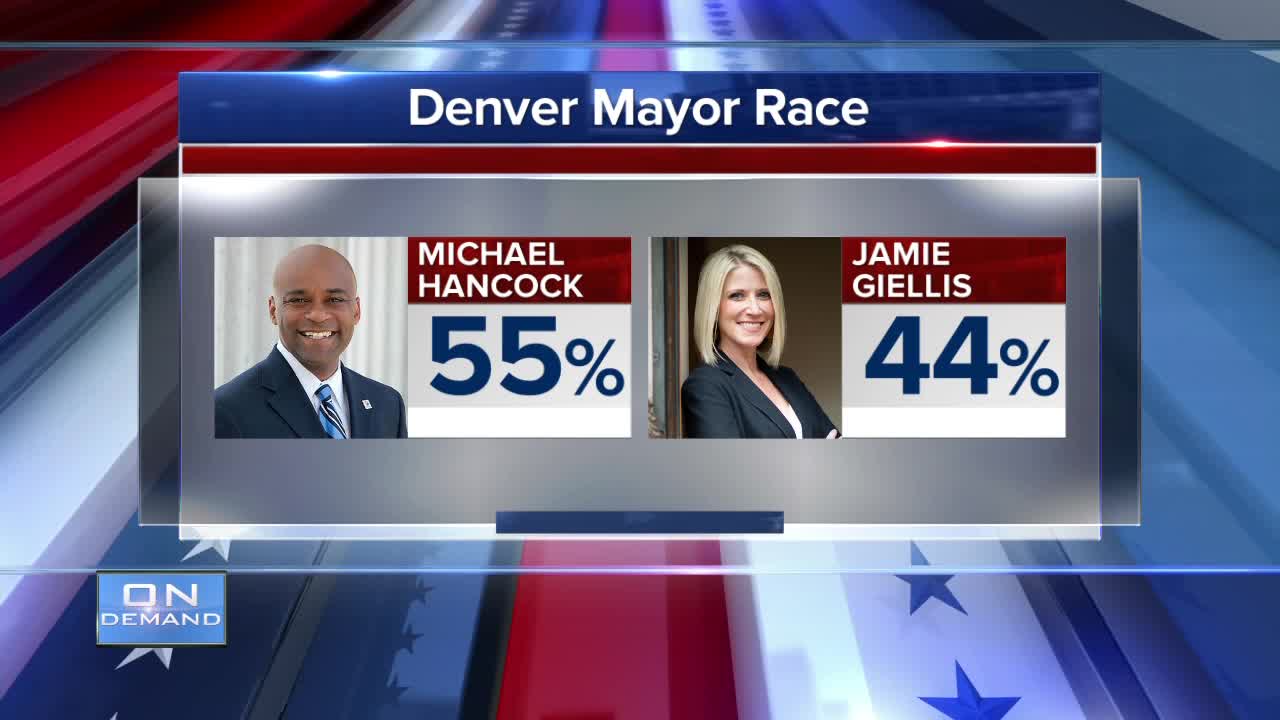 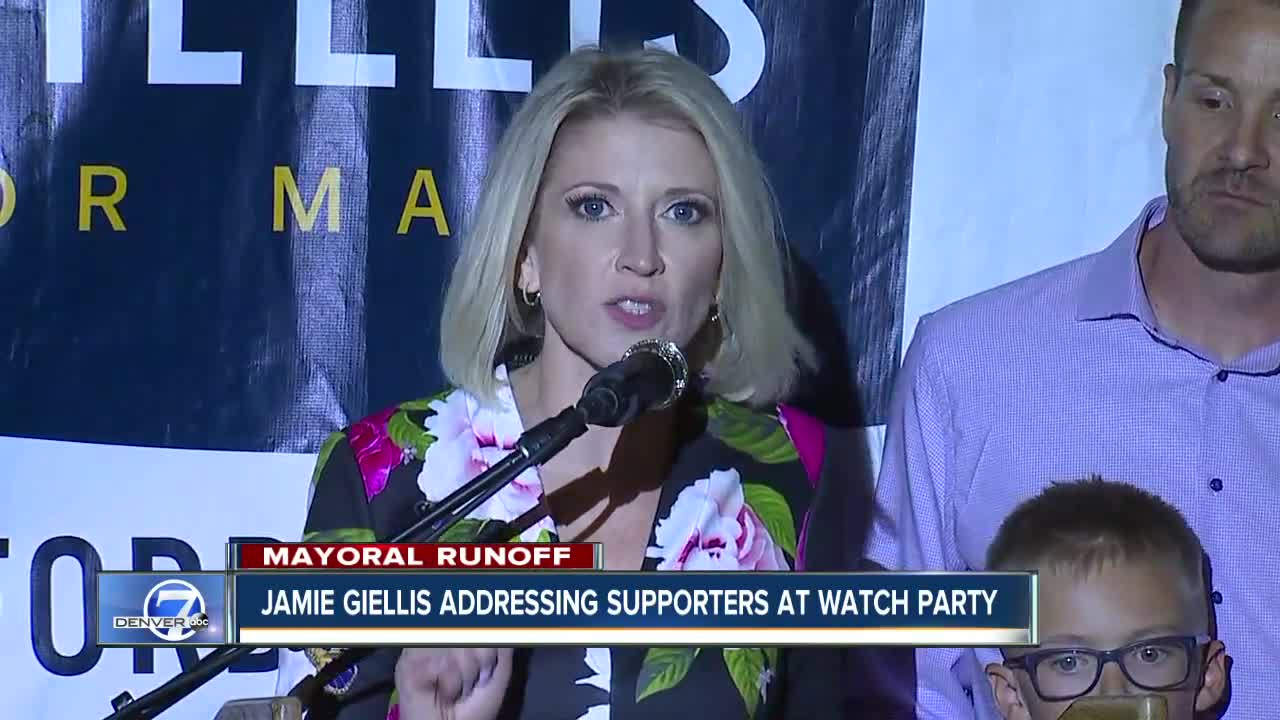 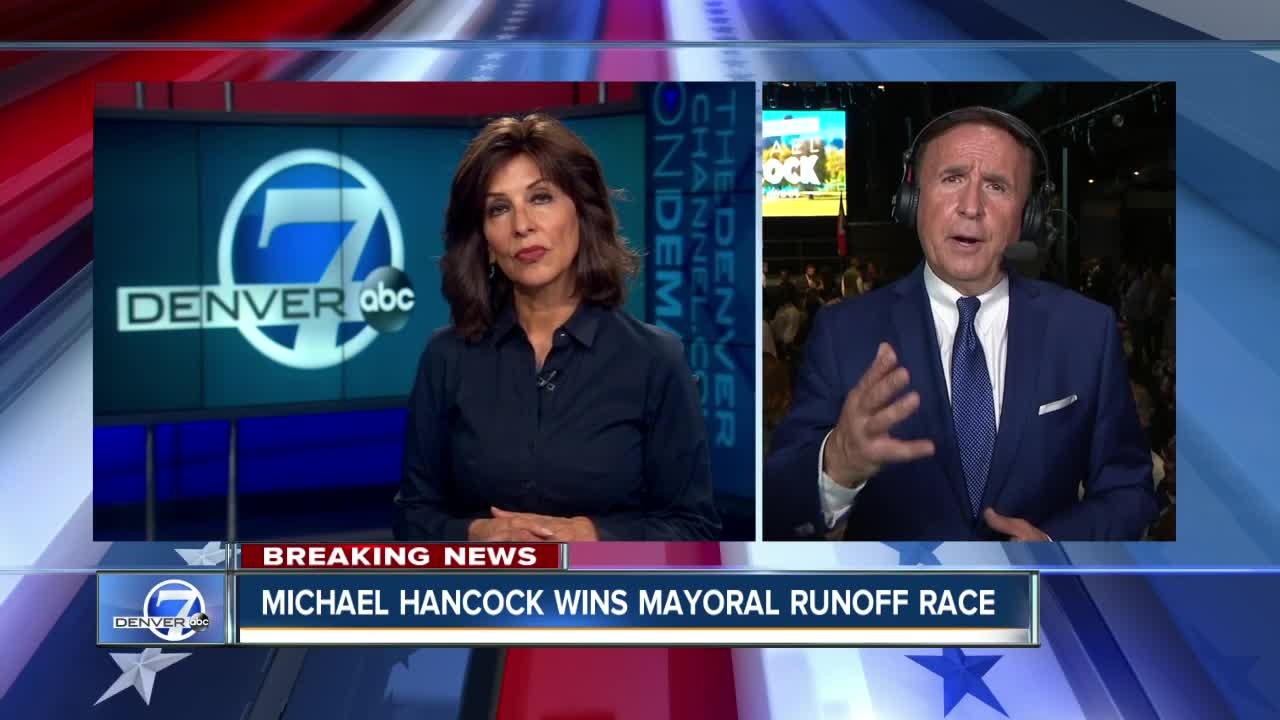 DENVER – Tuesday is the June 4 Denver municipal runoff election, in which voters will make their final choices for mayor, several city council seats, the clerk and recorder position, and a proposed ordinance about spending money on an Olympics exploratory committee.

The polls are set to close at 7 p.m. MT. Denver7 will update this story with the latest information as results come in from the Denver Elections Division.

11:30 p.m.: Denver Mayor Michael Hancock, who will serve the people of Denver for a third straight year, has widened his margin over Jamie Giellis by 12%, according to the latest numbers from the Denver Elections Division. City council races aren't that close anymore: Amanda Sandoval is leading Mike Somma pretty much by half in District 1; Jamie Torres has a 56.79% lead over Veronica Barela's 43.21% for District 3; Amanda Sawyer has nearly 2,500 more votes than Mary Beth Susman for District 5; Candi CdeBaca is beating Albus Brooks 51.7% to 48.3% and Chris Hinds has the lead over Wayne New with 52.63% against his 47.37%.

10:45 p.m.: Michael Hancock has claimed victory over Jamie Giellis and will serve the people of Denver for a third term. Story: http://bit.ly/2EUgwNh.

10 p.m.: Voters are still coming in. Denver Mayor Michael Hancock, who claimed victory in the race after Giellis conceded, continues 11% lead over Giellis with more than 16,300 votes in his favor. Below, the votes for Districts 1, 3, 5 and 9 as of 10 p.m.:

These are the voting numbers for Districts 1,3,5 and 9 as of 10 p.m. #Denver7 #DenverVotes #COPolitics pic.twitter.com/gIyVeDdr2h

9:22 p.m.: Jamie Giellis has conceded the Denver mayoral race to Michael Hancock. She spoke moments after calling Hancock, officially conceding the race. Watch the video below:

8:52 p.m.: Jamie Giellis says the race for Denver mayor is still to close to call despite Michael Hancock declaring victory in speech.

7:30 p.m.: Denver voters appear to be very much in favor of passing Initiative 302, which would essentially ban city officials from using tax dollars on future Olympic bids without their approval. Preliminary results show voters overwhelmingly approving the ordinance with 79.23% voting "yes" and only 20.77% voting "no." Read more about the initiative here.
7:16 p.m.: Preliminary results for Clerk and Recorder, as well as for the races in Districts 1,3,5,9 and 10 have also come in. See the results in our election results page.

5:30 p.m.: The Denver Elections Division says turnout was at 32% as of 4:30 p.m. Click here for more information on the races involved in a run-off.