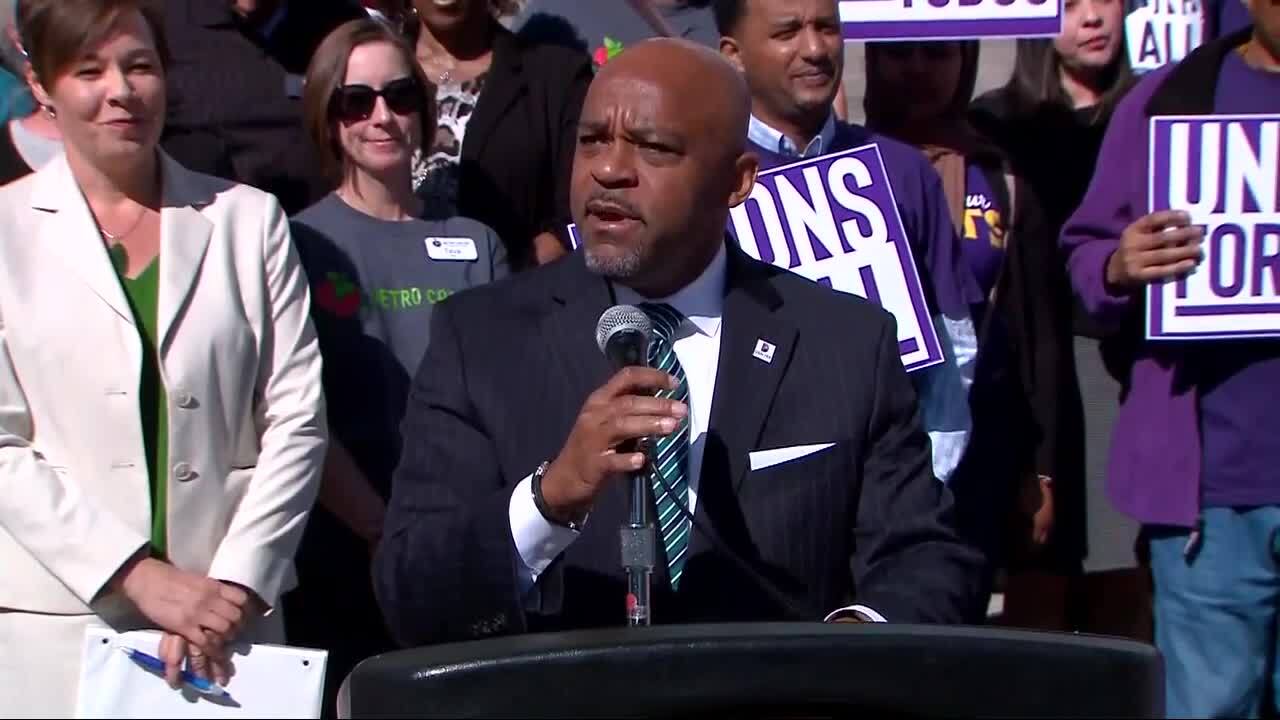 Copyright 2019 Scripps Media, Inc. All rights reserved. This material may not be published, broadcast, rewritten, or redistributed.
Denver7
City leaders on Thursday unveiled a proposal to increase Denver’s citywide minimum wage to $13.80 per hour on Jan. 1, 2020, and to $15.87 per hour on Jan. 1, 2021, with yearly increases based off the consumer price index (CPI) each year afterward. 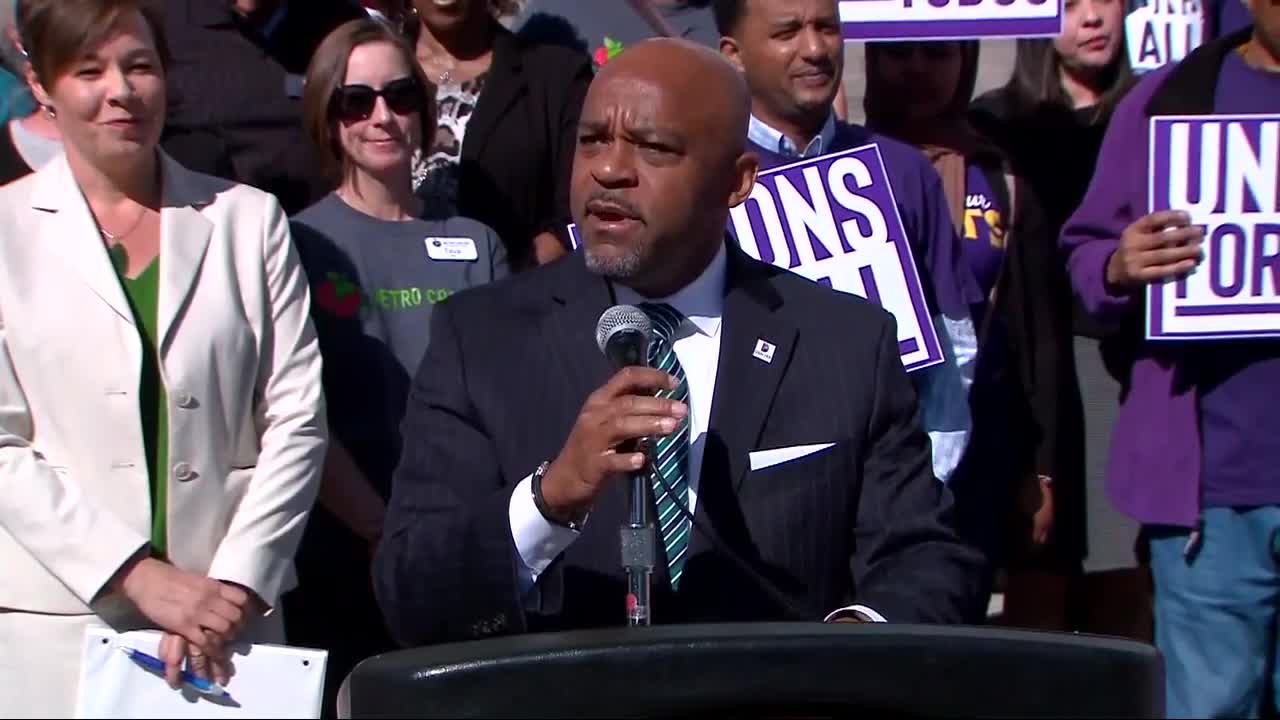 Mayor Michael Hancock and Councilwoman Robin Kniech made the announcement Thursday morning on the steps of the City and County Building. The proposal comes six months after the city council voted in March to raise the minimum wage for city employees and people who work at businesses that operate inside city facilities to $15 an hour by July 2021.

According to data gathered by the city, the minimum wage increase would end up applying to more than 100,000 people once it increases to $15.87 in 2021 – about 27% of the city’s workforce. Hancock and Kniech said the increase would apply to adults and emancipated minors – as there are no exemptions to the state law – but added there would be talks about youth wages in upcoming meetings.

They said that the increases would be a boon to people of color and women working in Denver as well, who traditionally hold more of the low- and minimum-wage jobs in the city and county.

Hancock and Kniech praised Sen. Jessie Danielson, D-Wheat Ridge, whose bill, which was signed into law this year, allows local jurisdictions to have control of their minimum wage standards in hopes of allowing municipalities in the state that have higher costs of living to improve living wage standards for residents. They said the measure cleared the way for Denver to take control of its minimum wage.

The yearly increases for 2020 and 2021 are the maximum 15% year-over-year increases allowed under the law.

They said that they had been talking with stakeholders for months, including both small and large businesses and nonprofits. And they said there would be a series of town hall meetings hosted in October for the public and other business owners to have more input before a final council vote – likely in November.

“Our goal is for every one of our residents to be able to access the success and opportunities our city has experienced over the past eight years, so we must take the opportunity to open the door for them to access it,” Hancock said.

The city says that there would be “tip credits” of $3.02 available for food and beverage workers. It also said that the Denver Auditor’s Office would be overseeing complaint enforcement. The measure contains protections for workers who file complaints so they cannot be retaliated against.

There would also be penalties for businesses that do not pay the required minimum wage, including a fine structure and requirement that employees be reimbursed for missing payments.

Kniech said the increased minimum wage would be one step in undoing the “vestiges of racial inequality” seen around wages countrywide. And she acknowledged the likely pushback she and other proponents will receive from the business community, which often has opposed similar minimum wage increases by saying they will kill jobs and small businesses.

“We know this proposal may involve hard changes for some of you,” she told business owners. “I hope we can be partners.”

She said that she believes businesses will see less turnover, fewer vacancies and happier workers once the wage increases are in place. She also acknowledged that people against the minimum wage increases would be able to find studies proving it harms businesses, but said the latest near-consensus was that employment rates and business creation was unharmed by such increases.

“Today’s just the beginning of this dialogue,” Kniech said, adding that leaders “put forward what we believe is the best proposal at this time.”

Denver would become the 13th city or county with minimum wages above $15 by 2021 if the council passes the proposal.