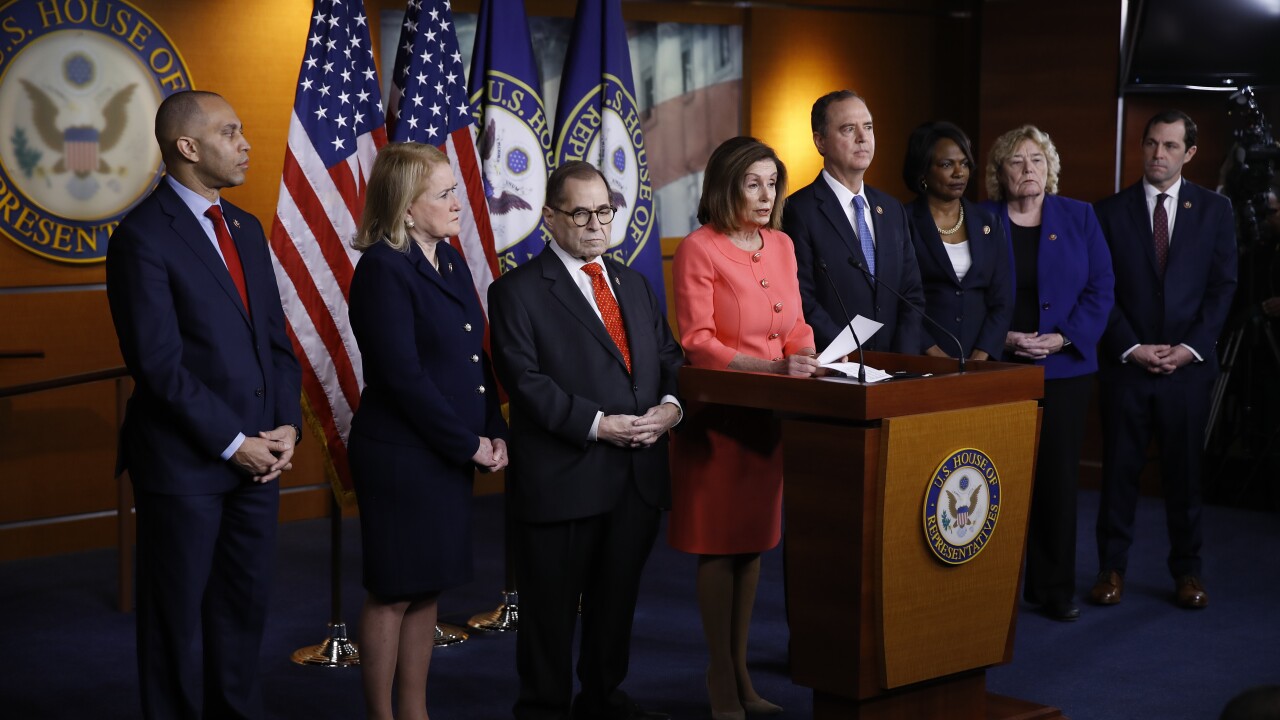 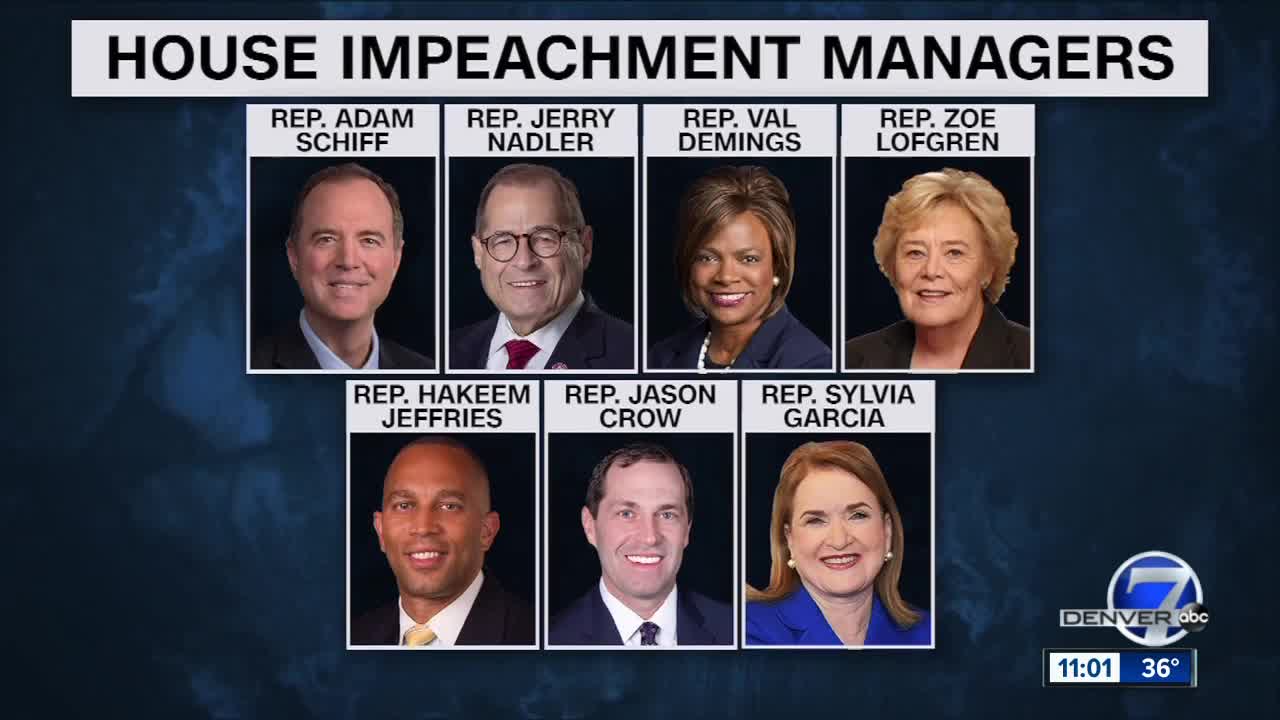 DENVER – Rep. Jason Crow, the first-term Democratic congressman from Colorado’s sixth congressional district, will be one of seven House managers in the impeachment trial of President Donald Trump.

The House of Representatives voted to formally approve Crow and the others as managers, and then to send the articles of impeachment to the Senate, later Wednesday. The final vote was 228-193.

Crow said in a statement that he would advocate for a fair trial as one of the impeachment managers.

“I love our country and what it represents both at home and around the world. My time in military service taught me that our democracy exists because men and women stand up to fight for it,” Crow said. “It’s a belief that drove me to serve my country in combat and led me to the halls of Congress. While there is no map for the challenges we face, my oath to support and defend the Constitution has guided me for years, and will continue to guide me during this trial.”

“As an impeachment manager, I will approach the process with the dignity and seriousness that it deserves, and advocate for a full and fair trial,” Crow added. “It’s my solemn responsibility to lay out the facts and give the Senate - and the American people - confidence in the process. It is the duty of Congress to protect the rule-of-law and hold the President accountable. Our democracy depends on it.”

The House voted in December to impeach President Trump for abuse of power and obstruction of Congress after the president asked Ukraine’s president to “do us a favor” and announce an investigation into the son of former Vice President Joe Biden on the condition that the U.S. would release hundreds of millions of dollars in military aid, and then for directing his aids to defy congressional subpoenaes.

Crow is a former Army Ranger and was an attorney, though not a prosecutor, in Colorado before he successfully ran for Congress in 2018. He serves on the House Armed Services Committee and Committee on Small Business.

Crow first called for an impeachment inquiry into the president in July after news of the Ukraine and aid scandals first came to light in the press, and in September, he wrote a Washington Post op-ed with six other freshmen Democrats who have experience with national security in which they said if the latest allegations involving Trump and Ukraine were true, he should be impeached.

“I'm proud to support this incredible team of lawmakers appointed by @SpeakerPelosi to defend our democracy in the Senate, including my good friend @RepJasonCrow,” Rep. Joe Neguse, a fellow Colorado Democrat, tweeted Wednesday after the announcement. “The American people deserve a fair and transparent trial, I hope the Senate will deliver.”

“The House Impeachment Managers - which includes Colorado's own @RepJasonCrow - will present a strong case for the President’s impeachment and removal in the Senate,” Rep. Ed Perlmutter, D-Colo., tweeted. “It is time for the Senate to fulfill their responsibility to the Constitution and uphold the rule of law.”

“This impressive group of lawmakers – including my friend and colleague @RepJasonCrow – will now have the solemn responsibility of defending our democracy in this trial. I have full confidence in their ability to do so,” Sen. Michael Bennet, D-Colo., tweeted.

Rep. Diana DeGette presided over the debate before the final vote to send the articles to the Senate.

“None of us came to Congress to impeach a president, but President Trump’s conduct left us no choice,” DeGette said in a statement after the vote. “By voting to formally submit these articles of impeachment to the Senate, we have fulfilled our constitutional duty to defend our democracy the best that we can. I hope our colleagues in the Senate will now do the same.”

“There’s clear and growing evidence that President Trump abused the power of his office for personal, political gain and blocked Congress from obtaining access to witnesses and documents. As the Senate moves forward, a fair trial requires that we hear from relevant witnesses and fully assess all of the available evidence. That is what the Constitution requires and what Americans expect of the Senate,” Bennet said in a statement.

“Instead of fulfilling our constitutional responsibilities, Leader McConnell has made it his sole objective to protect the president by limiting potential witnesses and evidence. I remain hopeful that 51 senators will reject these arbitrary, partisan restrictions and join us in demanding a fair and thorough trial,” he added.

Rep. Scott Tipton, R-Colo., voted against impeachment and continued to chastise the effort Wednesday, calling it a "partisan sham."

"I encourage the Senate to end this process quickly and get back to work on the real issues Americans are concerned about," Tipton said.

Rep. Crow’s office did not immediately respond to a request for comment about his new role.