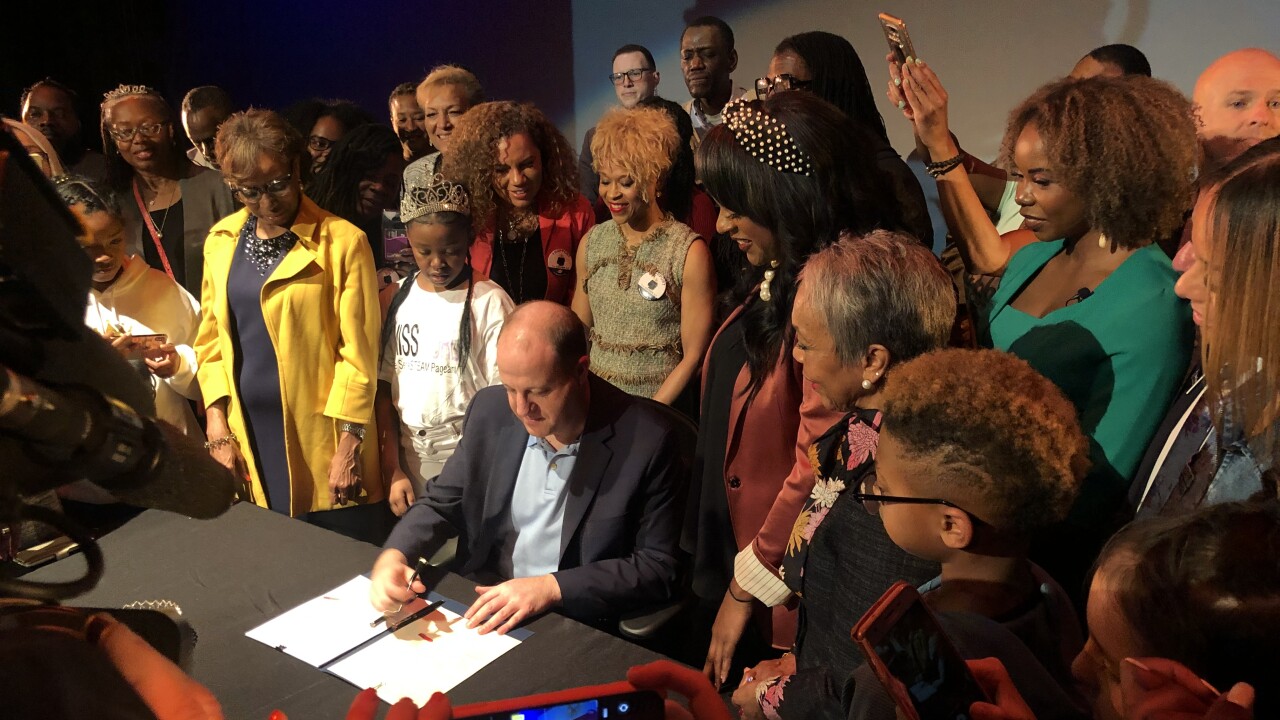 The governor signed House Bill 1048 at Cleo Parker Robinson Dance, a studio and performing arts school based in African-American traditions.

Rep. Leslie Herod and her co-sponsors brought forward the bill because of examples of children getting bullied and suspended from school as well as workplace discrimination and harassment.

The bill references protection from discrimination against natural hair, commonly experienced by people who are black, Jewish, Latinx or of Native American descent. It would apply to public education, employment practices, housing, public accommodations and advertising.