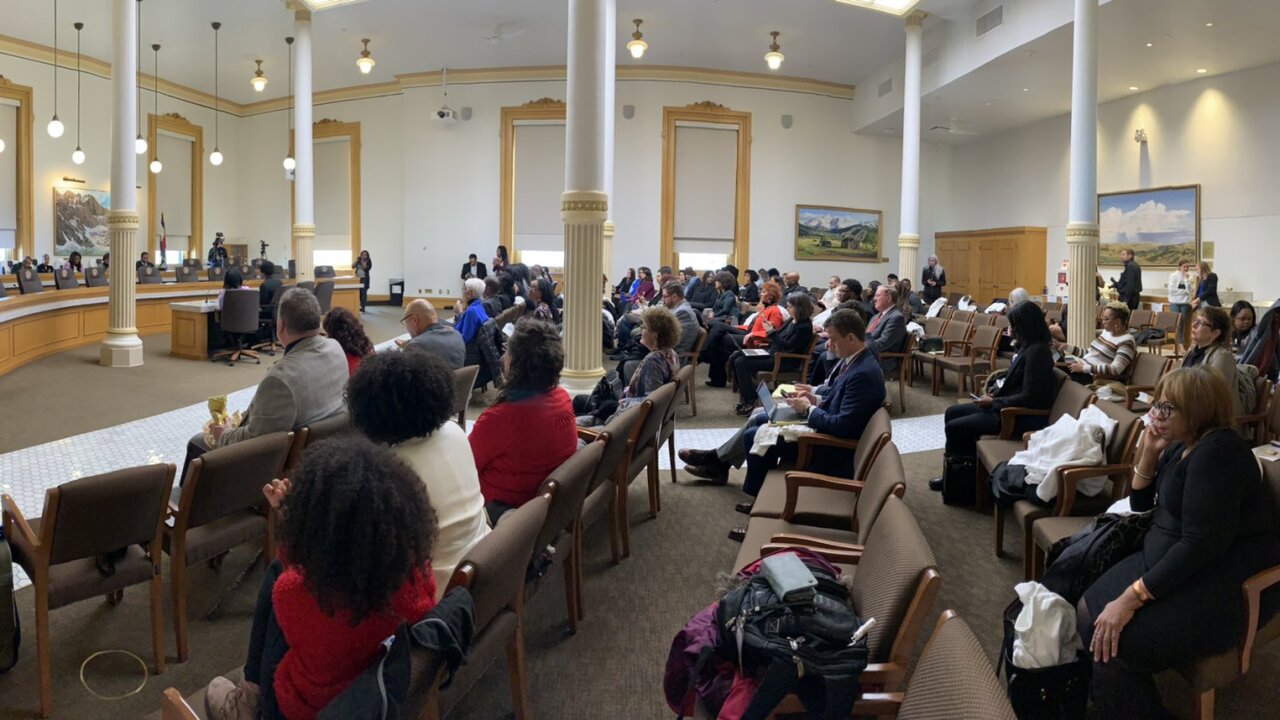 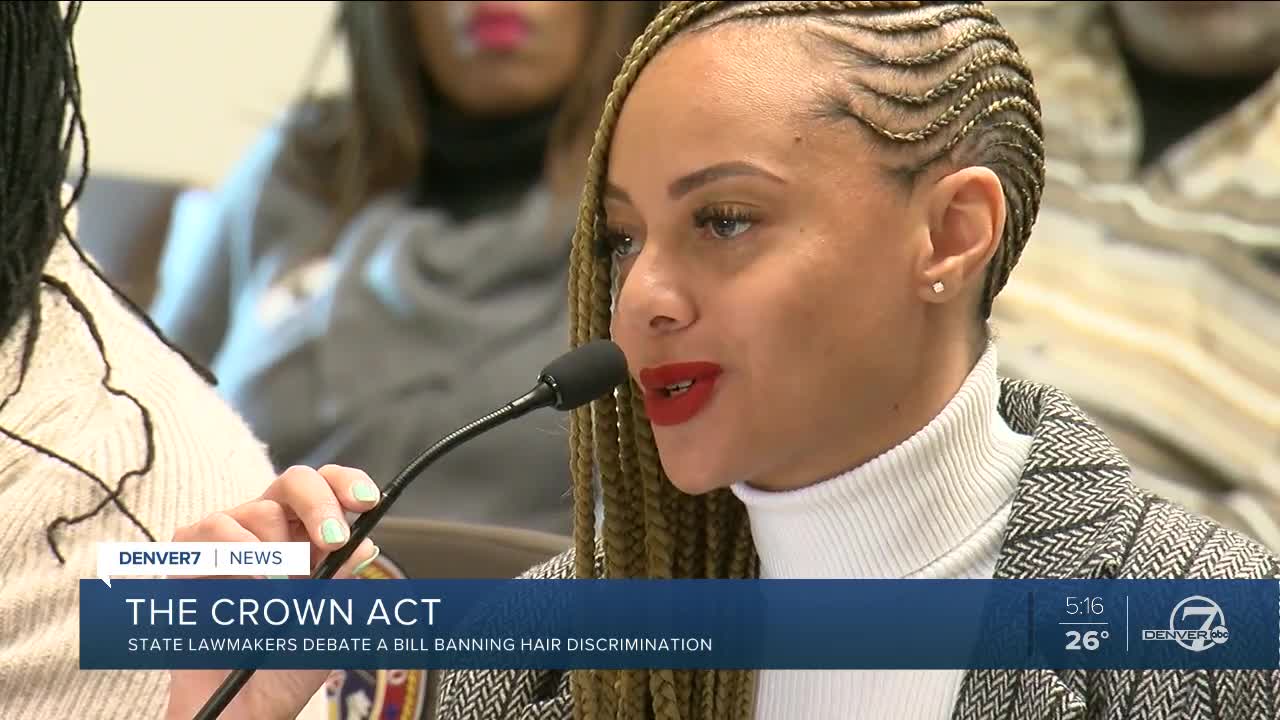 DENVER -- A bill to ban hair discrimination in the state passed a state committee Wednesday. House Bill 1048, which was introduced by the Black Caucus, comes after several national stories, including one out of Texas where a student was suspended because of his dreadlocks.

The CROWN Act prohibits hair discrimination at work, in schools and more.

“We’ve actually heard that this continues to be an issue and so we’re going to make it very clear once and for all that in Colorado this type of discrimination will be banned,” said bill cosponsor Rep. Leslie Herod, D-Denver.

Rep. Herod said she has heard numerous stories of employees being discriminated against in the past and she has also felt the pressure to straighten her hair as well.

“As a young girl I was told not to wear my hair curly in public, that’s just how it was. I was a swimmer. I would go and do my hair for an hour or an hour and-a-half every day in order to go out because I was told it wasn't presentable,” Rep. Herod said.

Even now as a state lawmaker, Rep. Herod says she was hesitant to show her natural hair

“Coming in this building, I wouldn't have even thought of it,” she said. “Now who knows, maybe you’ll see my Afro come out.”

Before the bill headed to the House Business Affairs & Labor Committee for debate and a vote, the Black Caucus held its first ever community hearing and invited dozens of people to testify about their experiences.

Many of the people who testified shared stories about having employers question or mock their hairstyles when they chose to go natural.

At It’s Natural hair salon in Cherry Creek, owner Tayler Barber said she’s also heard a lot of stories from her clients who have come in about hair discrimination.

“Some of them come in crying because of their natural hair, because of being teased; ‘Oh look at your hair,’ and the mom is upset and stressed and frustrated and she doesn’t know what to do,” Barber said.

Barber said was even fired form a job in the past because of her hairstyle. Despite this, she said she has seen more clients coming in who want to wear their natural hair.

“I am starting to see a lot of young black girls and biracial mixed girls with curly hair starting to embrace their hair and it’s wonderful,” Barber said.

She’s even thinking about teaching a class this summer to help people figure out how to wear their natural hair.

Barber said while she is disappointed that a bill like this has to exist at all, she hopes it will help everyone embrace the idea of natural hair.

“I’m glad that they’re taking a stand and helping to encourage these young ladies to understand that they are just as important, smart and great,” Barber said.

Under the bill, someone who violates the anti-hair discrimination policy could be held accountable to the civil rights commission.