I-70 reopens near Idaho Springs after rockfall mitigation 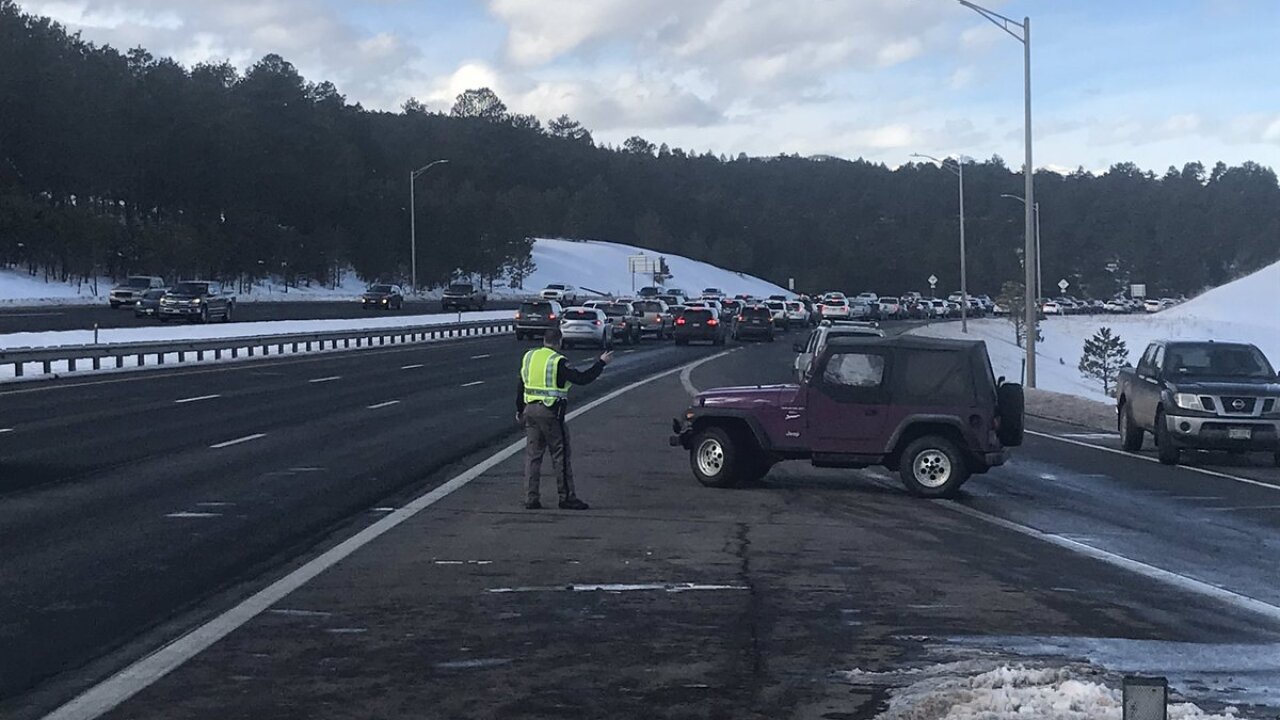 Copyright 2019 Scripps Media, Inc. All rights reserved. This material may not be published, broadcast, rewritten, or redistributed.
Russell Haythorn/Denver7
The Colorado Department of Transportation is planning for an extended closure Friday of westbound Interstate 70 at Beaver Brook – just east of Idaho Springs – to clean up rockslides, which could cause headaches for drivers headed to the mountains. Eastbound I-70 is expected to be closed for three hours Friday afternoon as well. 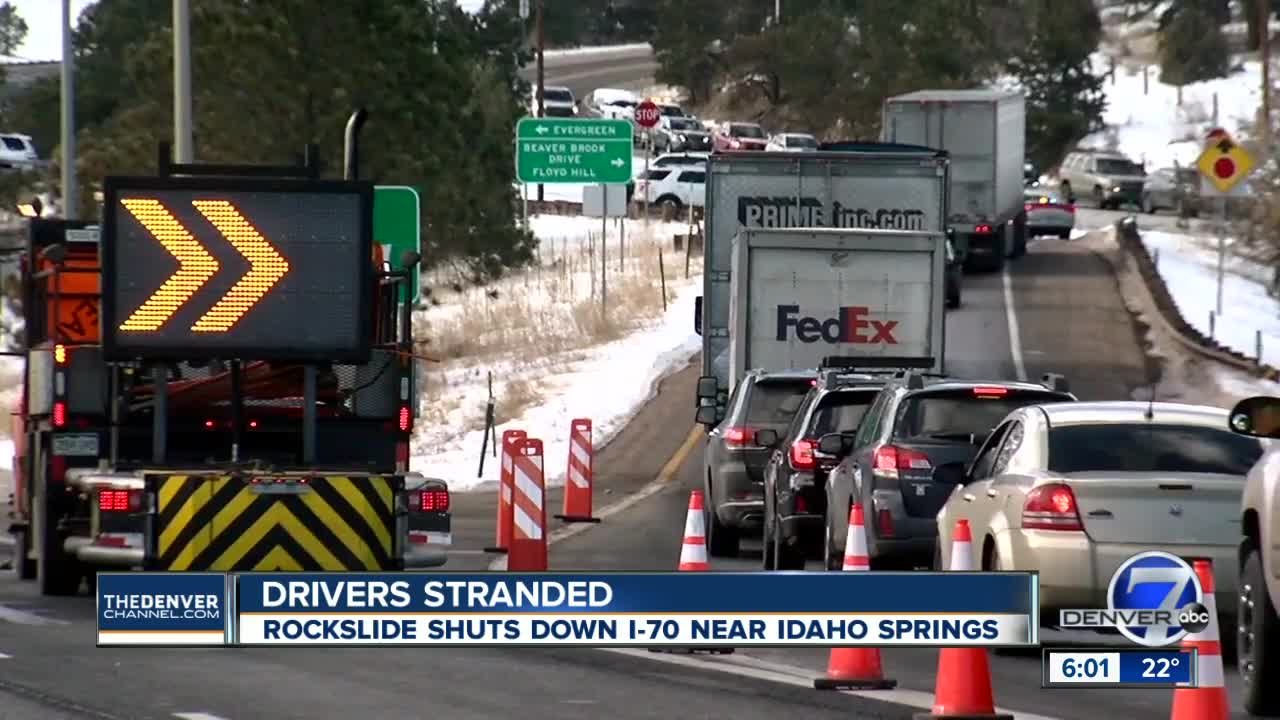 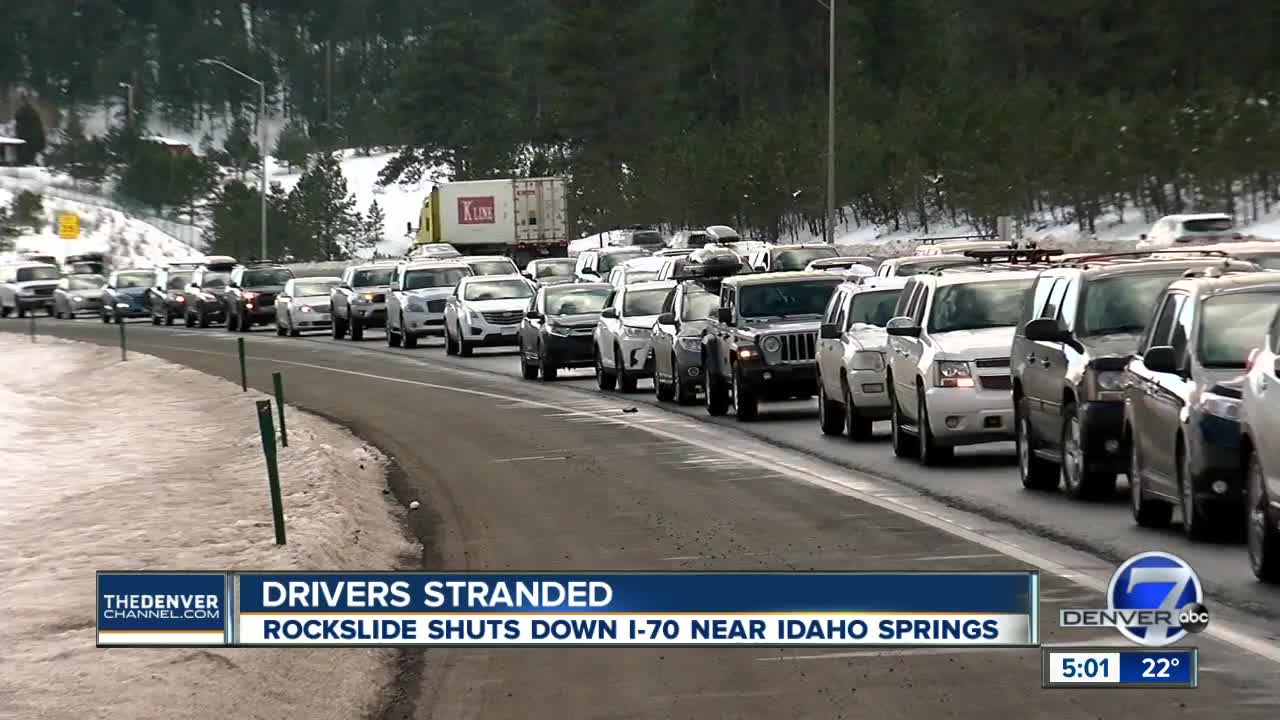 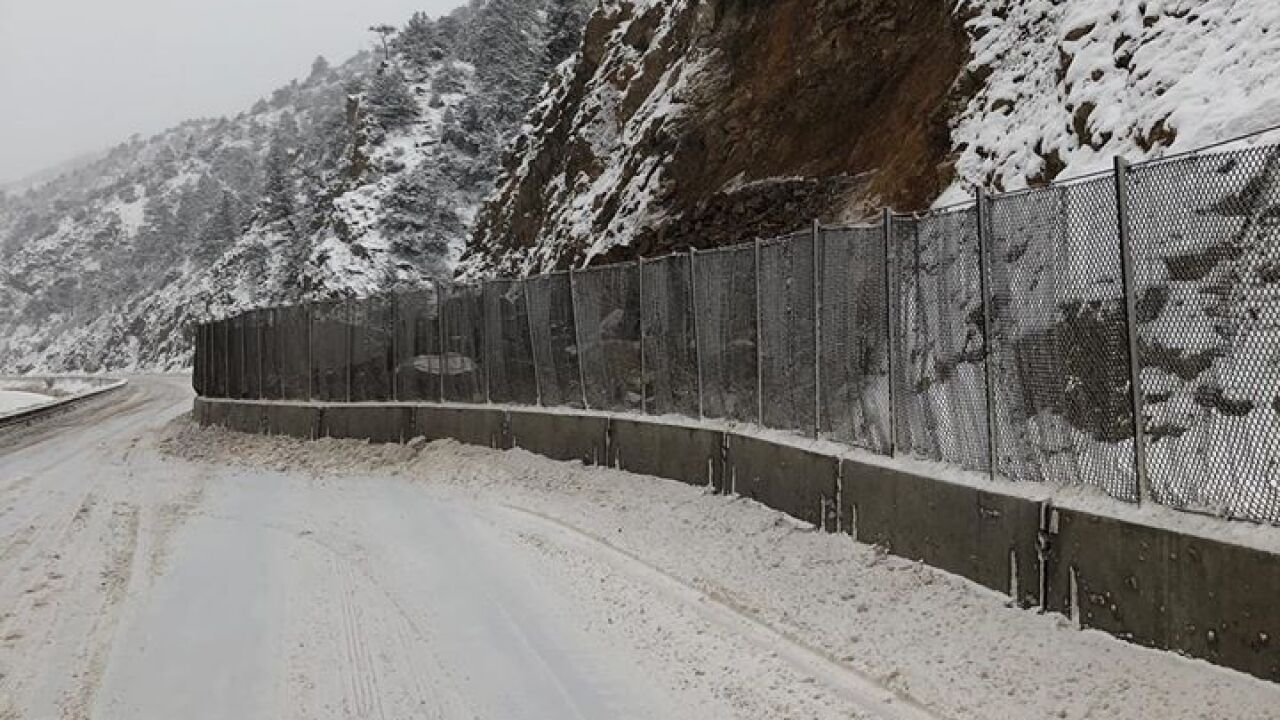 IDAHO SPRINGS, Colo. – Drivers passing through I-70 on Friday experienced a traffic nightmare after a rockslide shutdown the highway at Beaver Brook – just east of Idaho Springs – for most of the day as crews worked to clean up debris following Tuesday's snowstorm.

Crews originally planned to close the lanes at Floyd Hill Friday morning to clean up a rockslide that happened during Tuesday’s snowstorm and after a few more rocks came down early Friday morning, but another rockslide occurred in the same area later Friday morning, CDOT said.

The rockslide occurred between Beaver Brook and Dumont. Westbound traffic was being turned around east at Beaver Brook as crews worked to remove rocks.

“Closures and delays may be extensive, and eastbound I-70 closures will likely be needed later today for rockfall mitigation as well,” CDOT said in a news release Friday morning.

U.S. Highway 6 in the area and U.S. 40 in the area were also closed, Colorado State Patrol said.

CSP and CDOT closed down eastbound I-70 and eastbound U.S. Highway 6 at three points — Frisco, Silverthorne and Loveland Pass — around noon Friday for further rockslide work, but the eastbound lanes had reopened by 3 p.m.

EASTBOUND I-70 is Open from Summit County to the eastern slope. Westbound remains closed at Floyd Hill.

Snow is hitting the US 285 Kenosha Pass and Colorado 9 Hoosier Pass areas. Traffic is getting through slowly at this time.

People looking to head west from Denver to the mountains were asked to use U.S. Highway 285 to CO 9, but drivers were warned to expect delays on those highways as well.

CDOT said it would be giving updates through the day Friday on the latest closures and work on the rockslides.

Drivers can head to the COTrip website for the latest highway conditions across Colorado. Click here for the Denver7 Traffic page.