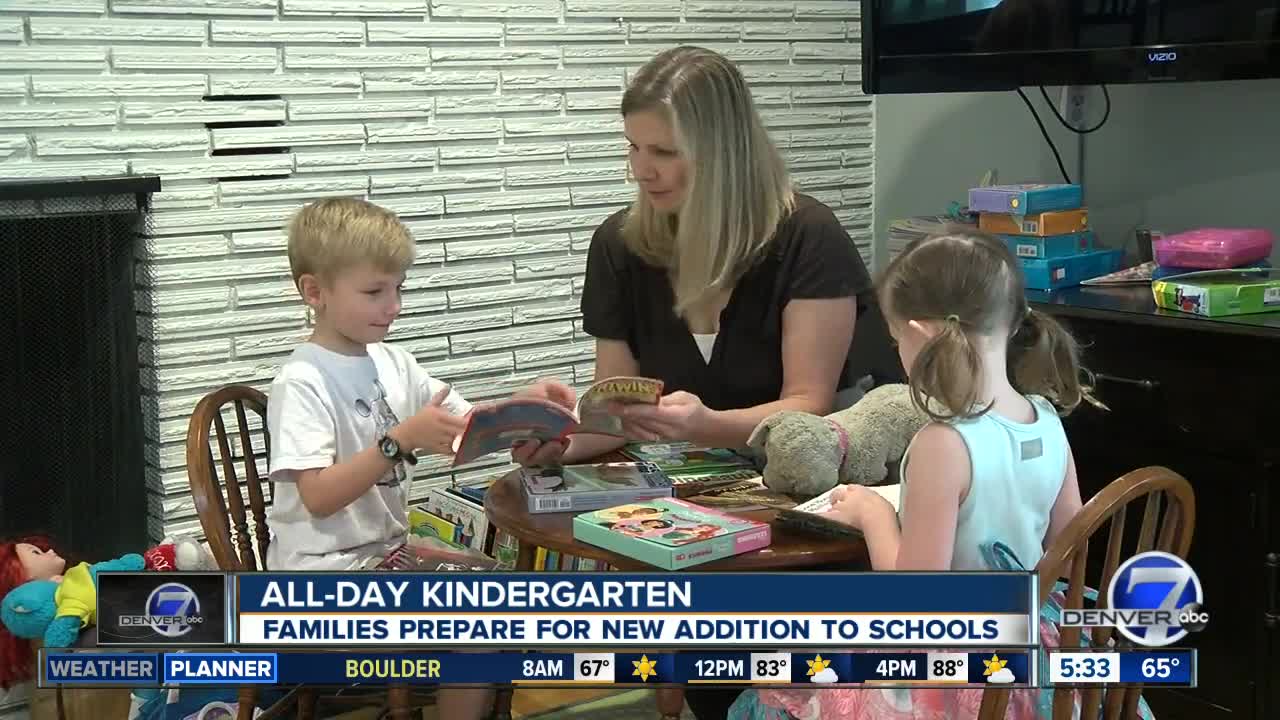 As students head back to school in the coming weeks, there is one major change for parents of young children: For the first time, Colorado is offering tuition-free full day kindergarten. State lawmakers passed the new legislation in April.

DENVER — As students head back to school in the coming weeks, there is one major change for parents of young children: For the first time, Colorado is offering tuition-free full day kindergarten.

Before that legislation, the state was paying 58 percent of what it costs to send each student to full-day kindergarten, leaving most school districts with three kindergarten funding options.

“We’ve been talking about it for a while," said Keely Buchanan, owner of Preparing for Denver Kindergarten. "Now that it’s actually happening, it's allowing a lot more parents to consider full-day public kinder(garten). For some parents it will save up to $3,000 just for the school year."

She said she thinks it casts a wider net and offers more opportunities for children to participate in public kindergarten.

READ MORE: Free full-day kindergarten: Opposing ideas on how to pay; advocates include parents and teachers

Buchanan told Denver7 that for parents who have children starting kindergarten this year, her best advice is to reach out to past caregivers. Most children don't act the same at home as they do in school, she said. It's important to talk with the preschool teachers about what scenarios your child thrives in and where they struggle.

Kelly Bossley, the mother of 5-year-old twins Nolan and Lydia who will start kindergarten this fall, said the new legislation will have a huge effect on her family financially.

Bossley said her twins have been attending full-day preschool, so it was important to keep the same format when sending her children to kindergarten.