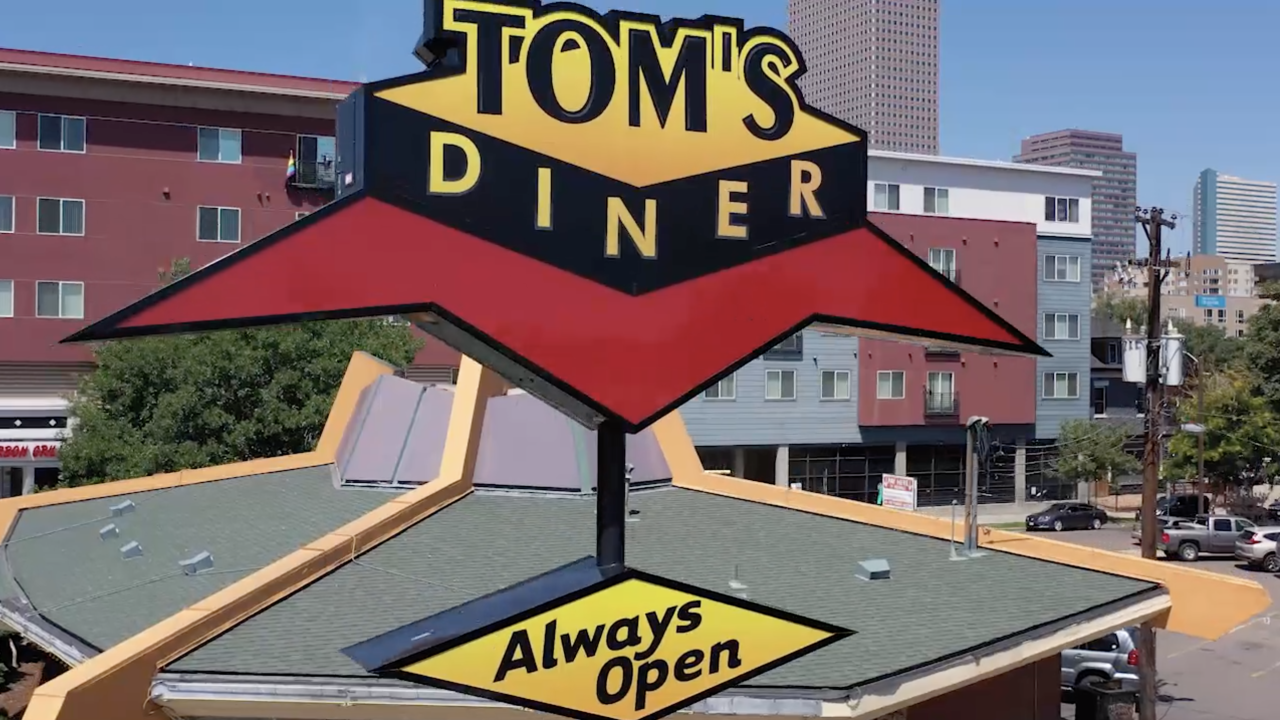 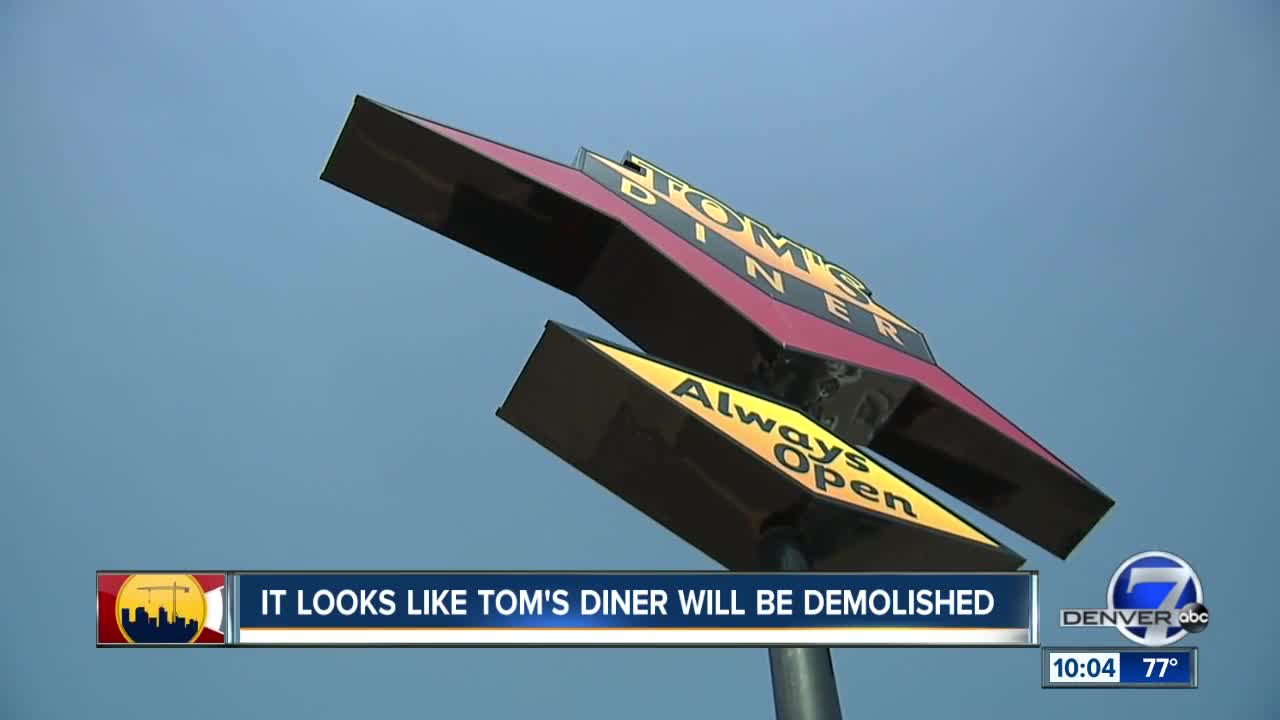 DENVER – Tom’s Diner will not become a historic landmark, ending a weeks-long battle between the owner’s right to sell and residents’ desire for historic preservation, after the group behind the push to keep the building intact withdrew their application Thursday morning.

The Denver Community Planning and Development Office announced the withdrawal Thursday afternoon, saying they will issue a certificate of non-historic status to Alberta Development Friday.

“What that means is, for the next five years, this property will not go through a landmark review,” a spokesperson with the city’s Community Planning and Development Office told Denver7.

In a news release, Denver’s Community Planning and Development Office spokeswoman Laura Swartz said the certificate of non-historic status means Tom’s Diner could be demolished during this time.

In a statement on Friday, diner owner Tom Messina called the withdrawal "a great relief."

"To have your life's work, investment, and future in the hands of others is a position I wish upon no one," Messina said in the statement. "I would encourage the City to look at revisions to the landmark process when it comes to applications that aren’t supported by the property owner because from my experience, it is extremely burdensome and scary. Becoming a landmark carries the weight of fundamentally changing one’s property rights, and many times it felt like the cards were stacked against me in this process."

Speaking to Denver7 over the phone, Swartz also said Alberta Development would still need to go through the permitting process for demolition, but it would not be subjected to the landmark process.

If the property is sold, she said, the certificate of non-historic status will stay with the property and “will continue to be valid for the new owner for the duration of the 5 years.”

As of Thursday afternoon, no demolition permits had been filed.

The move by Denver's Landmark Preservation Commission, the group behind the push to keep the eatery intact, means Tom’s Diner historic landmark designation application will not advance for a public hearing to Denver City Council, which was scheduled to happen Aug. 26.

Messina previously told Denver7 he had been trying to sell the property the diner sits on for $4.8 million to a developer and have it demolished, adding he pleaded with the city’s Landmark Preservation Commission and city council not to designate the 1960s diner as a historic landmark.

A group of five people filed the application for Tom’s Diner to be designated as a historic landmark after Messina filed paperwork for demolition.

In a statement, the group behind the push to preserve Tom's Diner said their primary goal was to inspire "thoughtful and informed choices" for the property, adding they presented creative solutions for both Messina and Alberta Development to consider, and ultimately decided to withdraw their application, "before the issue is forced onward to Denver City Council."

"We hope that new parties coming to the table can use creative strategies to include the preservation of the iconic Googie-style building in a development that enhances the Colfax corridor," the group said, before thanking Messina for listening to the group's concerns.

From its part, Historic Denver officials said they remain hopeful about a win-win outcome, "and want to give that the time it deserves rather than remaining on the intense timeline created by the designation process."

The developer which Messina plans to sell the property to has plans of building an eight-story apartment building on the land located at the corner of Colfax Avenue and Pearl Street.