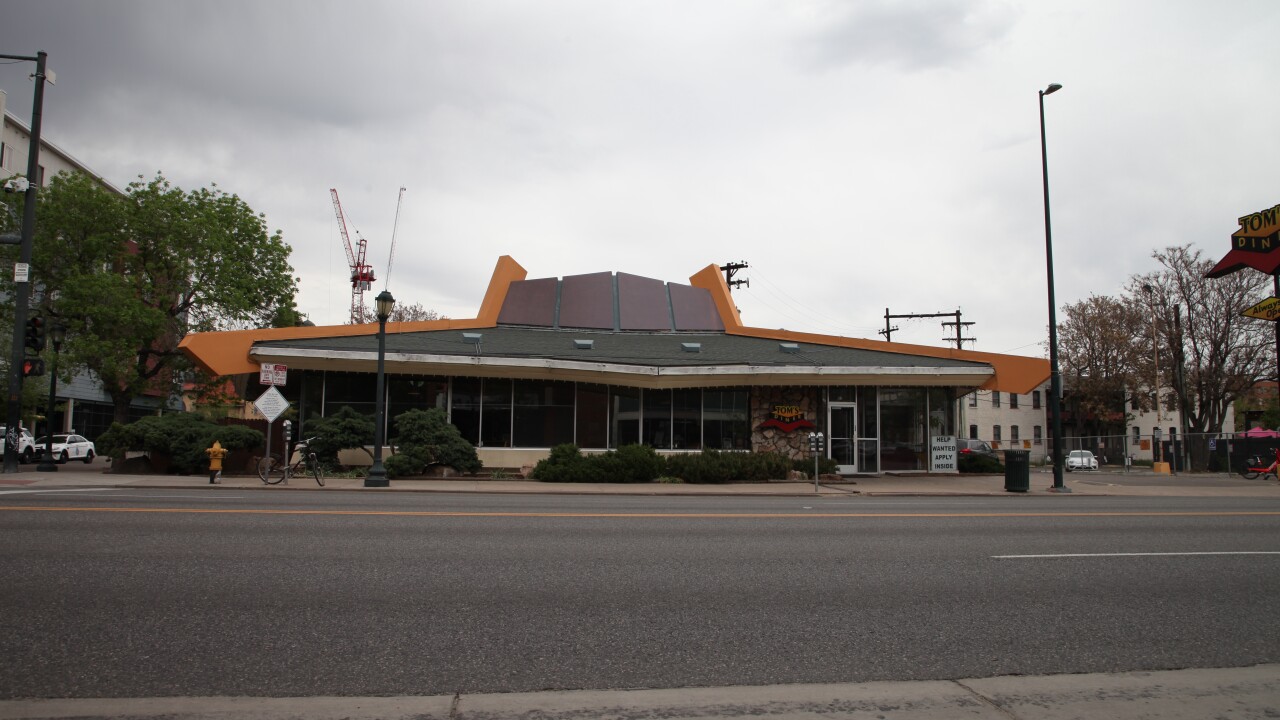 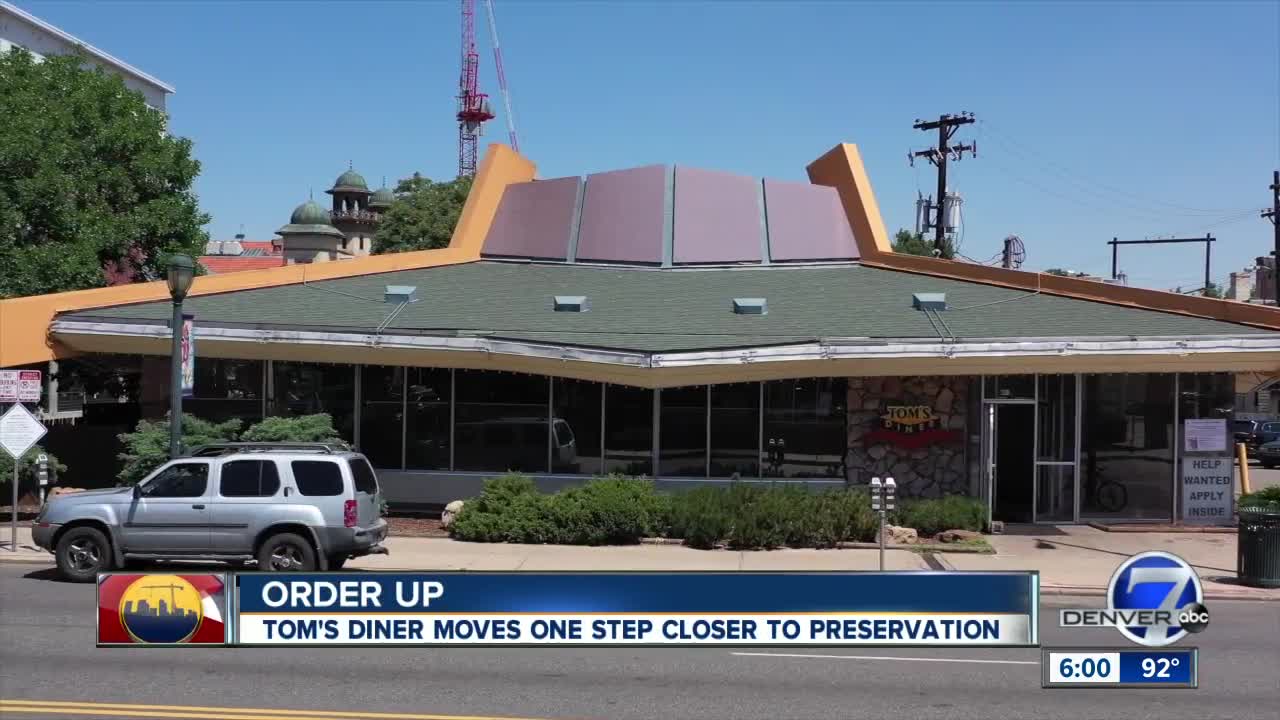 DENVER – A Denver City Council committee on Tuesday voted to advance the historic landmark designation application for Tom’s Diner to the full council for a public hearing and final vote later this month.

The council’s Land Use, Transportation and Infrastructure Committee voted unanimously to advance the designation application for this longtime Capitol hill favorite, located at the corner of Colfax Ave. and Pearl St.

Owner Tom Messina has been trying to sell the property the diner sits on for $4.8 million to a developer and have it demolished. He says that he has few other retirement assets and has pleaded with the city’s Landmark Preservation Commission and city council not to designate the 1960s diner as a historic landmark.

A group of five people filed the application for Tom’s Diner to be designated as a historic landmark after Messina filed paperwork for demolition.

However, if council doesn't weigh in before the Aug. 31 deadline and both sides don't reach a compromise. City staff said at the meeting that a certificate of non-historic status would be issued, which would allow for the demolition of the building.

There were discussions at the committee meeting about pausing the process but Messina said he did not want to go forward with that.

"It's been taxing on my shoulders, my family's future. Pausing something, I think, won't change the outcome. It's been postponed once and I don't see any advantage to postponing it [again]," Messina said.

"What we're hoping to get out of this is that it doesn't go to council, we would really love for there to be a developer who comes to the table who says we think this land is valuable," said Jess Caouette, one of five Denver residents behind the landmark designation application. "We think there are developers out there who would like to spend that kind of money to bring something creative to the table."

Meanwhile, the city is looking to make changes to Denver's Landmark Preservation ordinance and a bill is up in council next month.

Some of the changes would make it harder to file for landmark designation by only allowing Denver residents to file applications. Right now, a Denver property owner or business owner can also qualify as one of the three required applications. The changes could also give council more oversight.