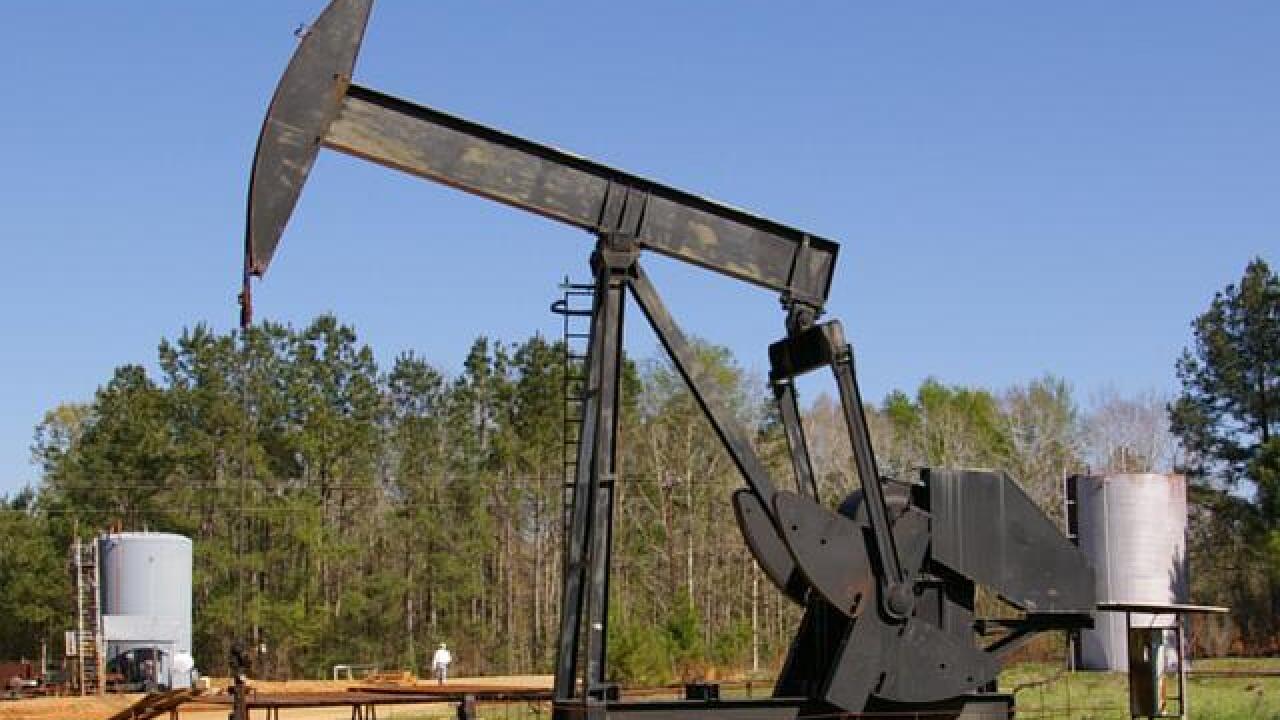 Copyright 2018 Scripps Media, Inc. All rights reserved. This material may not be published, broadcast, rewritten, or redistributed.
Paul Heinrich 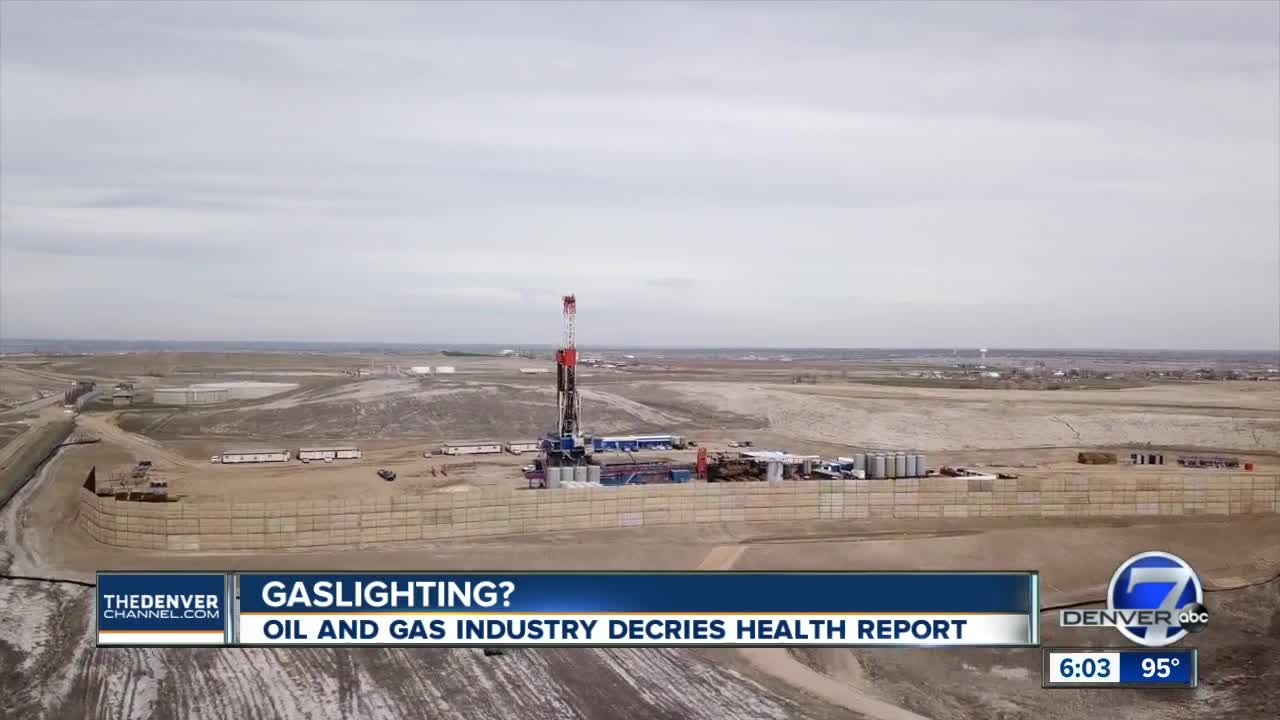 DENVER – A study from three University of Colorado Anschutz Medical Campus researchers funded by the American Heart Association published Wednesday in a peer-reviewed science journal found suggestions that babies born to mothers who live in areas with high oil and gas development are more likely to have congenital heart defects than those born outside of high-density areas.

The study from Lisa McKenzie, PhD, MPS; William Allshouse, PhD, BSPH; and Stephen Daniels, MD, PhD, was published Wednesday in the journal Environment International. The study builds upon previous studies done by McKenzie that looked into links between oil and gas development in Colorado and health defects among children and others living nearby.

The researchers looked at more than 3,300 babies born in Colorado between 2005 and 2011 who were born with several different types of congenial heart defects (CHDs) and cross-referenced them with the intensity of oil and gas well activity and development at the home of each infant’s mother.

Information from the Colorado Department of Public Health and Environment and Colorado Oil and Gas Information System was used to compile the study cases.

The researchers estimated the intensity of oil and gas activity in the mother’s area – including the size of well pads, how many tanks were involved and other characteristics – from between three months prior to conception through the second month of the pregnancy.

“By higher intensity we mean that there are probably more wells around the mother in that kind of phase of development. We also know that the hazardous air pollutants might differ a little bit between oil and gas production,” McKenzie said in an interview Thursday. “We know from other studies that when the wells are being completed there are higher chances for emissions of the hazardous air pollutants.”

They found that mothers living in areas with higher intensities of operations were between 40% and 70% more likely to birth children with various types of CHDs, which the researchers say is the most common birth defect in the country and a leading cause of death for infants.

She also said that the study looked at sites within 500 feet of homes along with air quality measurements within that range – something a state review did not do, she said.

“We are doing the best science that we know how to do around this,” McKenzie told Denver7.

She said the research is important as the oil and gas industry grows in Colorado and as urban growth increasingly encroaches on land historically used for industry operations.

The industry has worked to discredit McKenzie’s studies in the past, calling them misleading. A spokesperson for Energy In Depth said Thursday pointed to the latest study not including other pollution sources.

John Putnam, the Environmental Programs Director for the CDPHE, said in a statement that the department had not fully reviewed the study but said the topic was “extremely important” and that CDPHE was looking at more health and environmental protections as the new local control oil and gas law is implemented.

"We are unable speak specifically to this study because we haven't had the opportunity to read through it since it just came out today. This is an extremely important topic to the department,” Putnam said. “With the oil and gas industry, the laws continue to change and evolve, and it's important that our health research keep up and that we look data from the current landscape. Currently, we are pursuing even more assertive strategies to lessen the health and environmental impacts of the oil and gas industry through the implementation of the new oil and gas laws."

McKenzie and the researchers say their study is about “serious stuff” involving the health of children and long-term health effects.

“My message to women that are pregnant living near these sites is that they might want to discuss these findings with their doctor,” she said.

McKenzie and the researchers concluded that there is a positive association between a mother’s proximity to oil and gas sites and the probability of their children having CHDs, but did not prove a causal relationship. They wrote that the study was another important piece of research but that more would be necessary.

“This study provides further evidence of a positive association between maternal proximity to O&G well site activities and several types of CHDs, particularly in rural areas and in areas with high densities of air pollution sources not associated with O&G activity,” the researchers wrote in their conclusion.

“At least 17 million people in the U.S. and 6% of Colorado’s population live within mile of an active O&G well site,” they added. “Taken together, our results and expanding development of O&G well sites underscore the importance of continuing to conduct comprehensive and rigorous research on the health consequences of early life exposure to O&G activities.”

Colorado Oil and Gas Association President Dan Haley responded to the study by saying it used old data and that McKenzie’s studies, including this one, were misleading.

“After thousands of air samples, many of which have been collected near oil and gas operations, not one exceeds state or federal protective health guidelines,” Haley said in a statement. “Dr. McKenzie’s studies have been called ‘misleading’ in the past, and this seems to be part for the course.”

But McKenzie said the peer-reviewed research should continue.

“This has the potential to impact a large population in Colorado and that population is growing,” she said. “More and more evidence, more and more studies are being done. We’re still seeing these effects around oil and gas.”