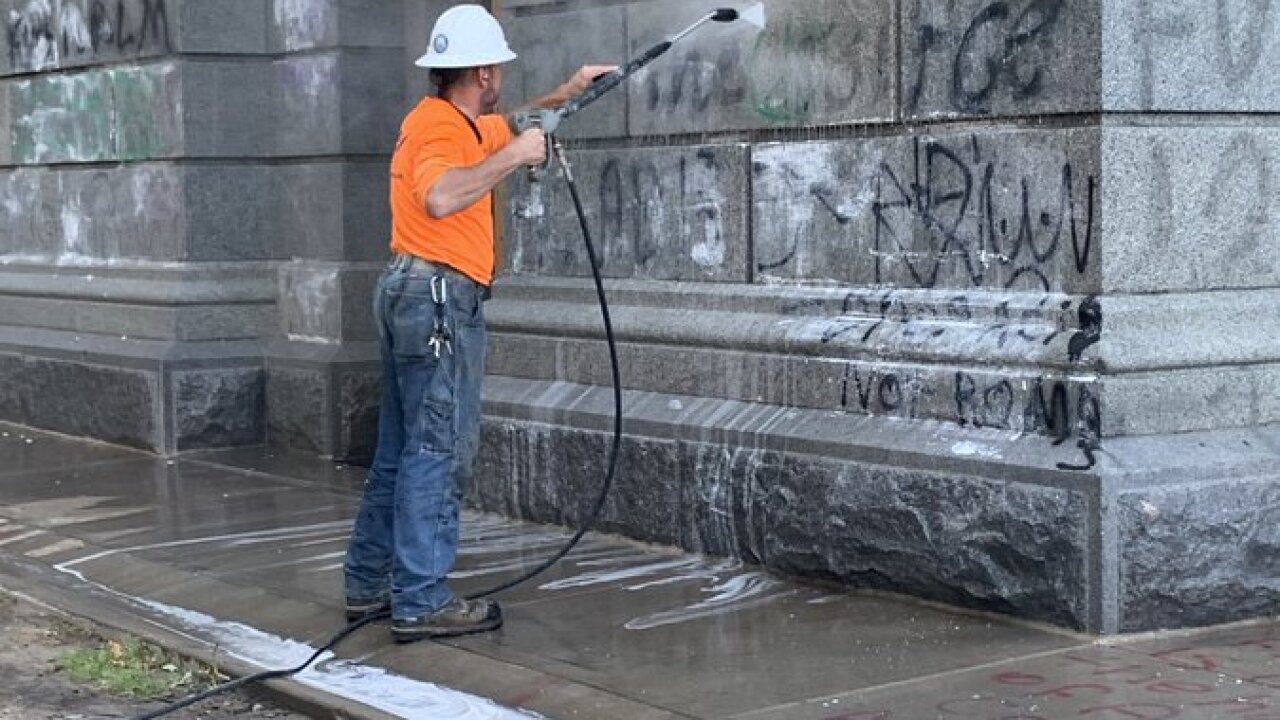 Copyright 2021 Scripps Media, Inc. All rights reserved. This material may not be published, broadcast, rewritten, or redistributed.
Sean Towle/Denver7
A worker washes graffiti off of Colorado's state Capitol on Monday, July 20, 2020. 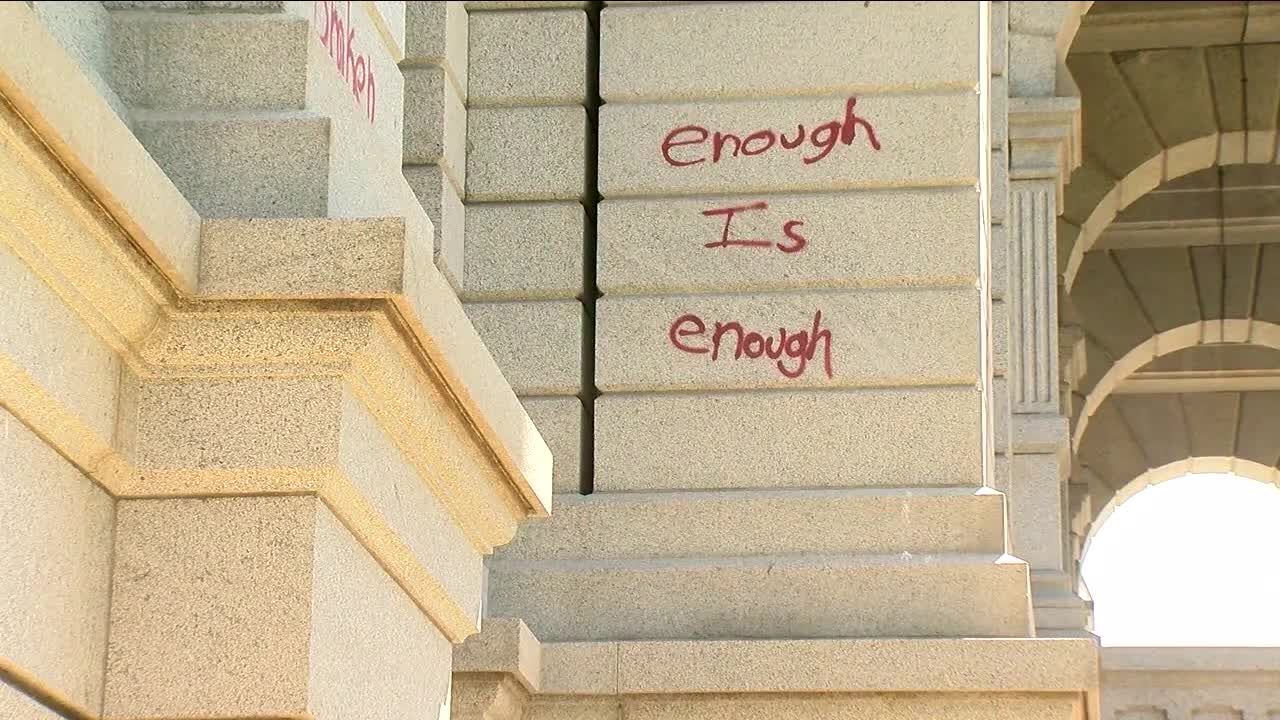 DENVER – State officials said Monday that they estimate the cleanup of graffiti and other vandalism at the state Capitol and surrounding buildings will take cost at least $1 million and will take until winter to complete.

The Colorado Department of Personnel and Administration said current estimates for the removal of graffiti and to replace and fix windows and security doors already stands at more than $1 million and “will most likely change as the project progresses.”

Crews were at the Capitol Monday morning power-washing graffiti, which has continued to build up since George Floyd protests began in late May and as others have continued.

CDPA Executive Director Kara Veitch said that vandalism “continued every day for weeks.” The department said its initial cleaning and repairs started May 28 but that plans have had to be revised multiple times.

“We are dedicated to returning these historic buildings to a pristine state, but we need to do so judiciously to ensure we don’t further damage the buildings. We are committed to being responsible with the taxpayers’ dollars while doing this job the right way,” Veitch said in a statement.

The state said that $770,000 has been made available over the past six weeks to go toward the cleanup and that additional costs, up to $1 million, will be covered by the state’s Risk Management Property Fund.

A contractor has fenced off the Capitol building in recent days to work on the granite and windows on the outside of the building. Various chemical and laser cleaning technology is being tested to remove graffiti as well, the state said.

CDPA spokesperson Doug Platt said that crews are discovering they have to make multiple passes to get the graffiti removed and are seeing some differences based on how much sun exposure the paint has gotten.

He said that officials were also trying to keep new graffiti from appearing each night – as it did again Monday morning – something he said was “very frustrating.”

“It’s sort of a moving target,” he said. “If somebody comes along behind us and does the work we just completed, it means we have to go back and do it again.”

The CDPA said that previous work to restore windows and granite at the Capitol was being coordinated with the cleanup efforts “to avoid duplicative spending and work.”