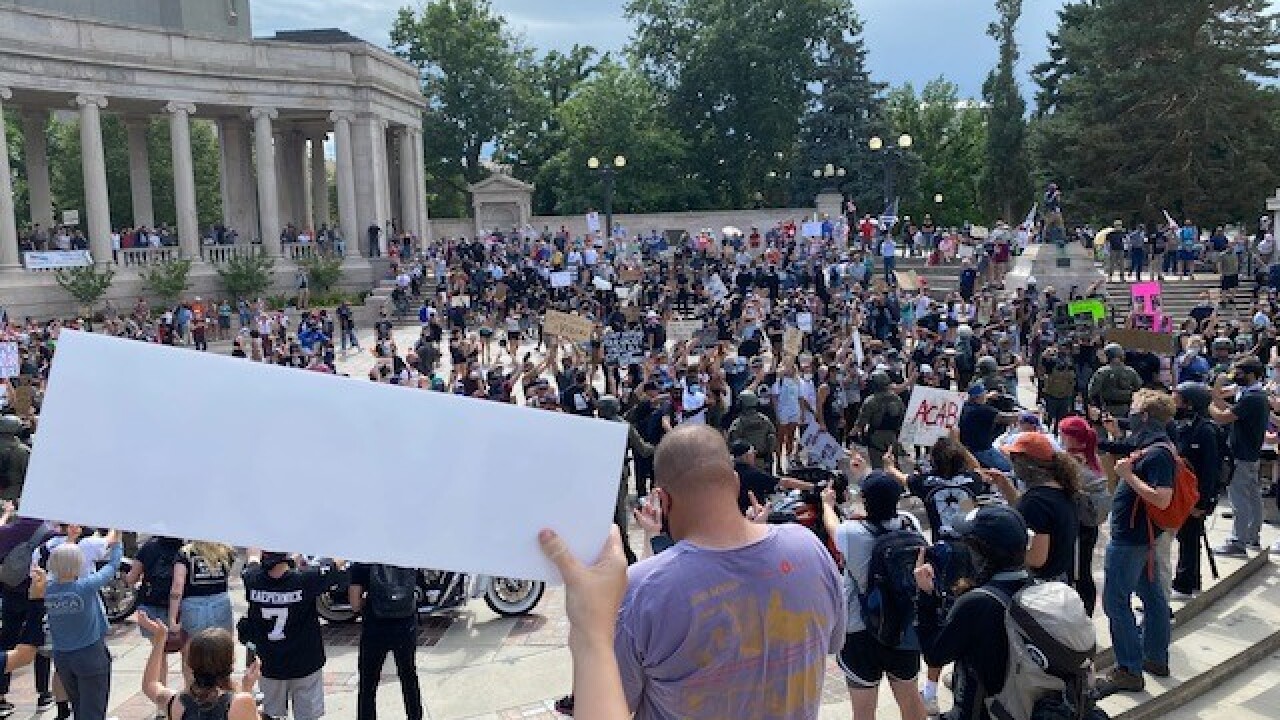 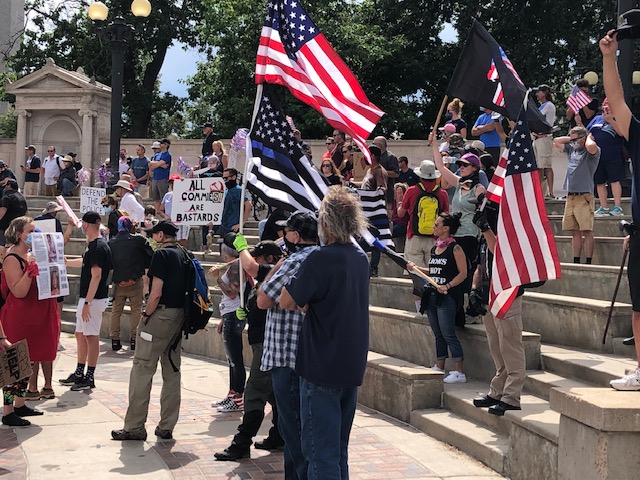 Police later said they used pepper balls and a can of pepper spray to disperse part of the larger BLM supporters crowd, after some people "made aggressive moves" toward officers.

The protesters said there was no reason for police to use the spray.

The founder, Ron MacLachlan, told Denver7, "We've got to stand with our men and women in law enforcement. Without them, we are in chaos and anarchy."

MacLachlan said his organization is not anti-Black Lives Matter, it's focused on law and order.

"The idea that these people have been around for the last six weeks going out and terrorizing different neighborhoods for a couple hours at a time, that's not acceptable," he said.

MacLachlan said he stands in support of officers who are out every single day in the middle of chaos.

"It's not just for them," he said, "it's for their children, and their spouses. What kind of home are they in, when they have that kind of tension going on inside their lives."

Pro Police supporter Albert Valenzuela told Denver7, "We've got to protect our women and our children when things get bad, out of hand. Without police, we'd have chaos."

The Party for Socialism and Liberation, and other Black Lives Matter supporters, including the Afro-Liberation Front, planned a counter-demonstration.

Armed with pots and pans, whistles, hand-held sirens and other noise making gear, they crashed the Pro-Police rally and drowned out those trying to speak.

"There's not much else to say other than every cop here is a terrorist by association," said one Black Lives Matter supporter, who asked that her name not be used.

Several black clad anti-police protesters wanted nothing to do with our cameras, telling our crew to "get away."

There were a few scuffles between members of the two groups.

One occurred when one individual grabbed someone else's cap.

"We've got protesters from the other side," said Nicholas Carey. "Probably socialists and communists who don't agree with the police, but we're out here supporting (law enforcement.)"

BLM supporter Marquiece Hopkins countered, "Why are you guys still killing? Why are we we having a law enforcement appreciation day?"

"I saw a sign earlier, It said 'good cops hold bad cops accountable,' because they do exist. So the good cops need to stand up and we need to show force," said Cole Sharp. "We all need to come together as a community. This division has got to end."

Citizen medics rendered aid to protesters hit with pepper spray as the rallies came to an end.

Black Lives Matter supporters then took to the streets, walking up 14th Avenue to Washington, then up to the District 6 substation and back to the Capitol.

"Echo," a spokesperson for the Afro-Liberation Front said they'll keep coming back, "until city hall, until our city, until Denver, until the nation starts listening. We're going to be out here as long as it takes."

The counter protesters say they're trying to end racism and the use of excessive force among police.