Pride across Colorado: Where to celebrate being out during LGBT Pride month 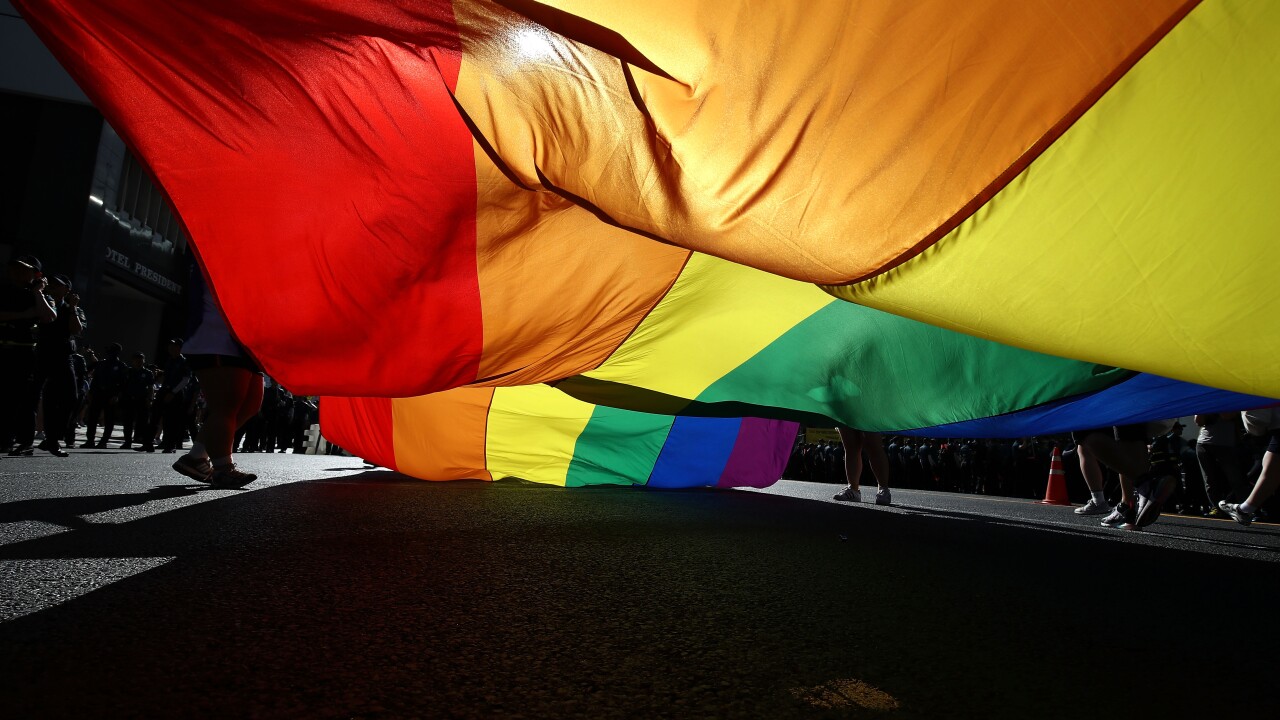 Chung Sung-Jun/Getty Images
SEOUL, SOUTH KOREA - JULY 14: People wave a rainbow pride flag during the Korea Queer Culture Festival 2018 in front of City hall on July 14, 2018 in Seoul, South Korea. The annual festival promoting the LGBT rights had occasionally been disrupted by anti-LGBT groups in the past, though homosexuality is not illegal in the country. (Photo by Chung Sung-Jun/Getty Images)

DENVER – Gay pride commemorates the legacy left behind following the 1969 Stonewall Inn riots in New York while raising awareness of the fight still ahead, but this year will be particularly poignant given it’s the 50th anniversary of the spontaneous and violent confrontations that sparked the LGBT+ civil rights movement.

While the Mile High City is recognized as one of the top 10 pride events in the country, it isn’t the only one taking place in Colorado. Here are all the events where you can celebrate being out in Colorado during the month of June.

One of the biggest pride events in the West is happening right here in Denver, so if you’re having friends from out of state over, you might want to start with the annual Denver PRIDE5K, which starts at 9:30 a.m. Saturday – don’t worry, you can run, walk, roll or sashay!

After you’re done, head over to Civic Center Park to continue celebrating with the whole family from 11 a.m. to 7 p.m., with activities for adults and kids alike. There will be tons of food, music, and vendors to keep you entertained all day long.

You’ll want to get up early for the annual Coors Light PrideFest Parade the following day, though. The parade, the most family-friendly pride parade in the nation (per VISIT DENVER) will make its way down Colfax Ave. from Cheesman Park starting at 9:30 a.m. The parade will head west on Colfax Ave. to Civic Center Park, where the fun continues from 10 am. to 6 pm.

Want to keep the party going before and after PrideFest? Check out 73 ways to celebrate being out and proud this week across the Mile High City.

If you think Denver’s PrideFest will leave you longing for more, you might want to head out to Longmont, where pride celebrations will begin a day after the party is over in the Mile High City.

The Visibility March takes place Saturday, June 22 from 1:30 p.m. to 2 p.m. on 4th Ave. between Emery Street and Main St. followed by Longmont Pride, which takes place until 6 p.m. at the same location.

If you would like to see a full schedule of events for pride week in Longmont, click here.

Colorado West Pride, the organization behind the Western Slope’s biggest pride celebration, will honor the 50th anniversary of the Stonewall Inn riots in N.Y. with a number of events for a full week.

Between a fancy dinner at Le Rouge, a cinema soiree at the Avalon, a ‘Transcend Gay-la’ fashion show and the town’s Pride Parade, there will be a lot happening for those wanting to celebrate pride in the Western Slope. To see the full list of scheduled events, click here.

The 10th annual Durango Pride, organized by the Four Corners Alliance for Diversity, is the largest event celebrating the queer community in southwestern Colorado.

Last year, the event saw over 1,000 people descend onto the Four Corners area, so you can expect this year’s fest to be quite the celebration!

The festivities begin on Wednesday, June 19 with an art show and continue until Sunday, June 23 with a Pride River Float. If you’d like to participate in any of the other events during Durango Pride, including Queer Prom, a Drag Show and Dance, the Pride Festival, Pride Karaoke and much more, check out their full schedule of events by clicking here.

Local businesses, organizations, and nonprofits will be supporting diversity and celebrating equality. There will also be food, drinks, and a Pride Stage with an evening long series of entertainment including music, speakers, drag shows and so much more! Any gay-straight alliance (GSA) in the area will be allowed a booth free of charge.