Olivia Gant, 7, was DPD officer for a day 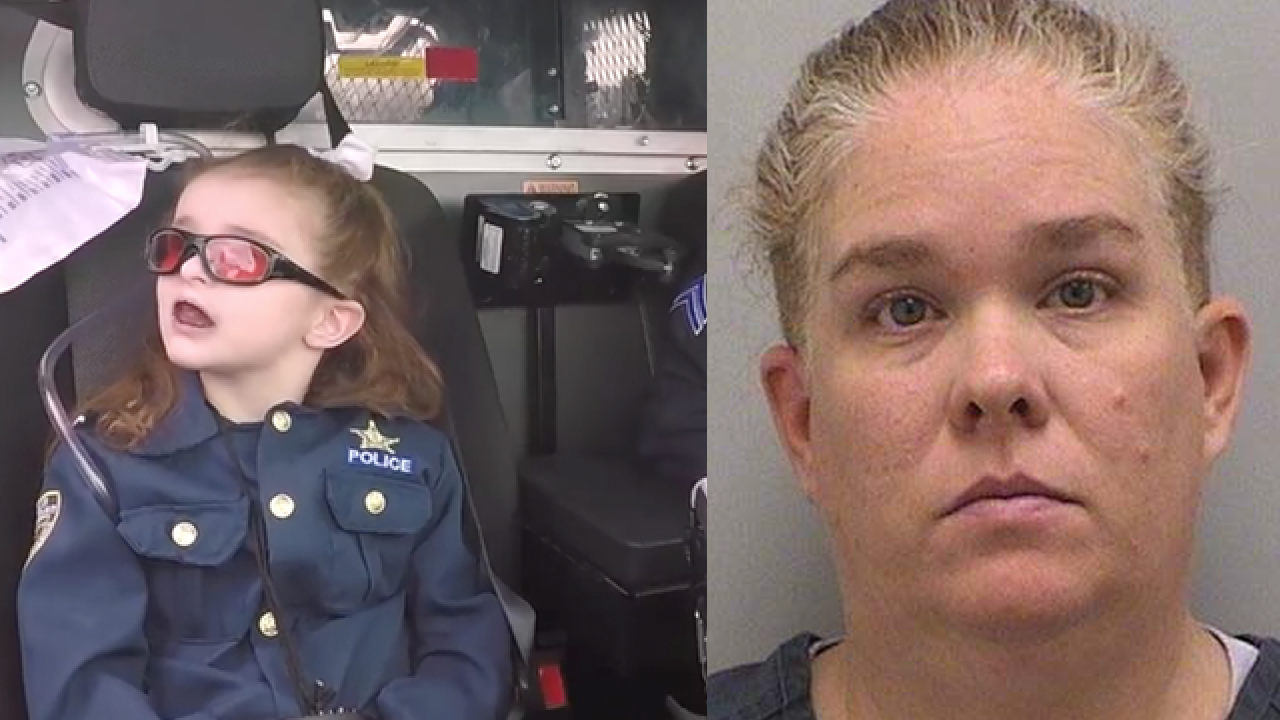 Copyright 2021 Scripps Media, Inc. All rights reserved. This material may not be published, broadcast, rewritten, or redistributed.
18th Judicial District Attorney&#39;s Office
The Douglas County Sheriff’s Office said in a news release Monday that a grand jury returned a 13-count indictment against Kelly Renee Turner (Gant), 41, for the death of her 7-year-old daughter, Olivia Gant, in August 2017. 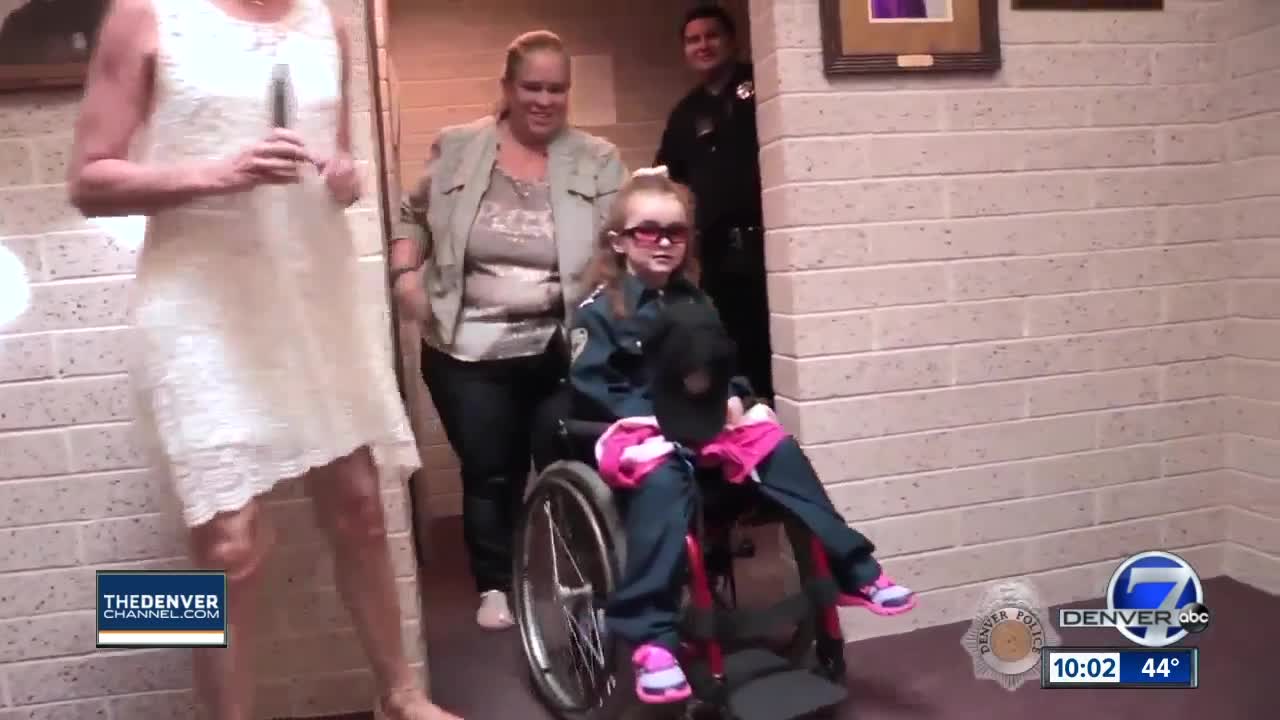 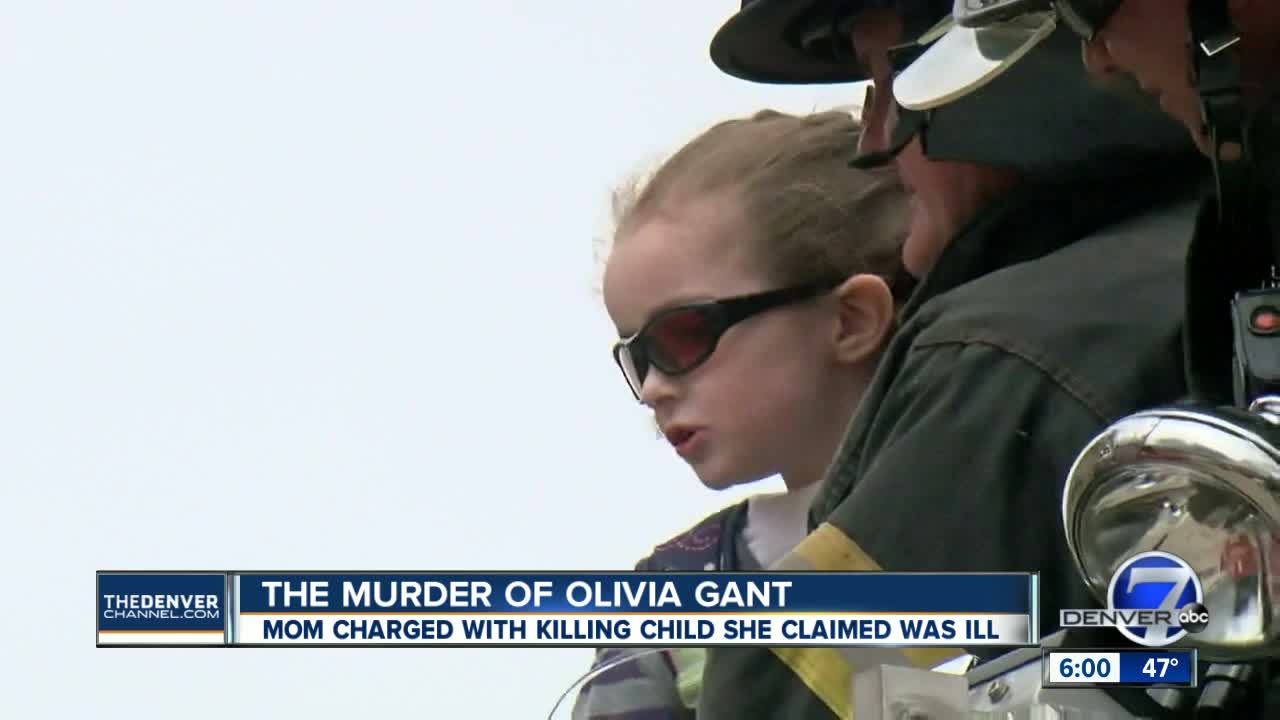 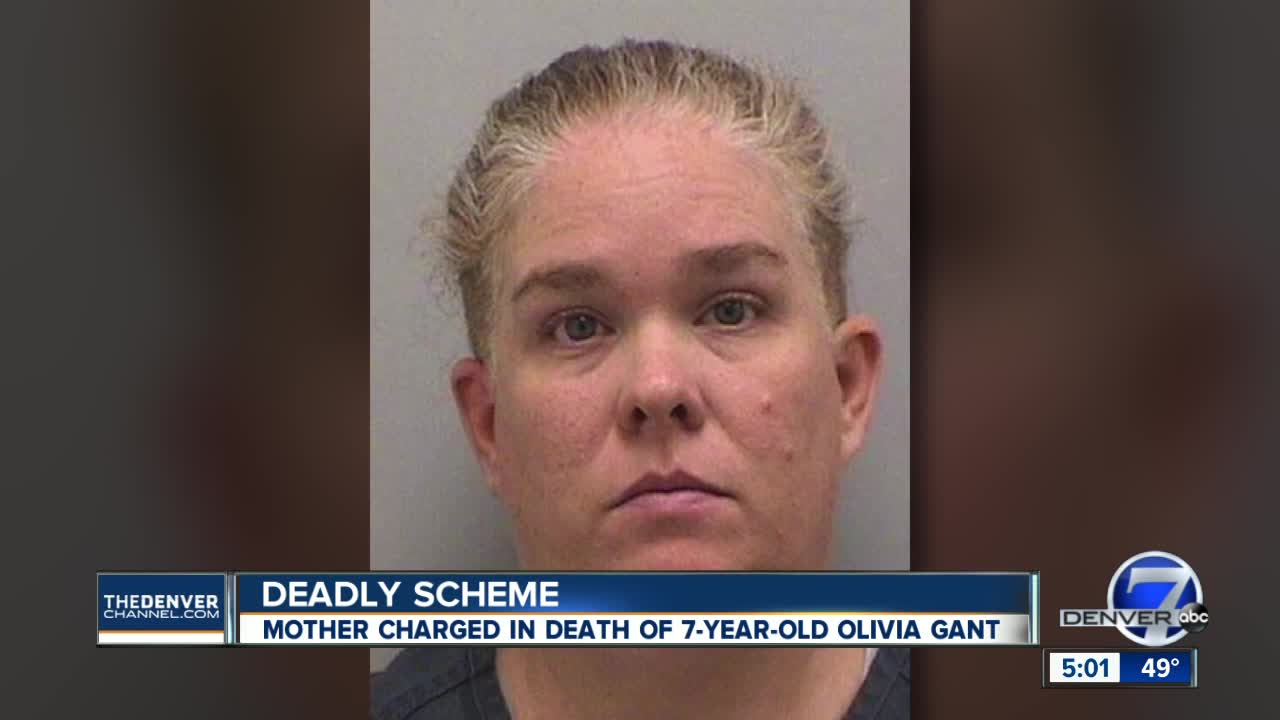 DOUGLAS COUNTY, Colo. – The mother of a 7-year-old girl who went on ride-alongs with Denver police officers as part of a bucket list before she died in 2017 was arrested Friday after she was indicted on multiple felony and misdemeanor charges related to the girl’s murder.

The woman had claimed her daughter was terminally ill, but documents show that doctors disputed that on multiple occasions.

The Douglas County Sheriff’s Office said in a news release Monday that a grand jury returned a 13-count indictment against Kelly Renee Turner (Gant), 41, for the death of her 7-year-old daughter, Olivia Gant, in August 2017.

The sheriff’s office said Turner was arrested at a Glendale hotel Friday morning on two different counts of first-degree murder, one count of child abuse, three counts of theft, one count of charitable fraud, two counts of attempting to influence a public servant and two counts of sec-degree forgery. Nine of the counts are felonies.

Olivia Gant garnered significant media attention, including from Denver7, in 2017. Her mother had said that Olivia was terminally ill with neurogastrointestinal encephalomyopathy that she claimed had caused her daughter to suffer intestinal failure.

Olivia made a bucket list which included busting bad guys with Denver police officers. She was made honorary chief for a day and rode along with officers in April 2017 – and died about four months later. Officers were later honored for their day with the girl.

But according to the grand jury indictment obtained by Denver7, Olivia never had cancer in the first place, and her mother had also claimed her other daughter had cancer, though she did not.

The Human Services report cited in the indictment says Turner “reported several conditions and procedures that never happened” involving both daughters, including falsified information about the second daughter being treated for Lymphoma.

Eventually, as authorities investigated, Turner brought up Munchausen-by-Proxy Syndrome on her own, but when investigators questioned why she would be bringing the syndrome up, told investigators she wouldn’t be talking to them if she had anything to hide.

Turner eventually admitted fabricating her second daughter’s cancer diagnosis but maintained to investigators that everything that she had alleged had been wrong with Olivia was accurate – that she had developmental disabilities and severe intestinal disorders.

Olivia’s remains were exhumed in late November 2018 and an autopsy was completed by Arapahoe County Coroner Dr. Kelly Lear, according to the indictment.

Lear wrote that Olivia’s manner of death was undetermined based on a series of nonspecific results, but said that there was a lack of any findings that would account for Olivia’s cause of death being intestinal failure or for any of the illnesses that her mother claimed she suffered from.

Doctors who treated Olivia described Turner as a “high maintenance mother,” the indictment says, and one said that Olivia was not a terminal patient. One pediatric neurologist tested Olivia for seizures that her mother claimed she was having and found that the girl was having no seizures after all.

A pediatric gastrointestinal doctor at Children’s Hospital said that Turner gave doctors all of her daughter’s medical history but that the girl “did not exhibit the symptoms Turner described most of the time.” The doctor described Turner pushing back against his recommendations – as other doctors investigators spoke with also told them. The doctor, like the others, said Olivia was not a terminal patient and advised against letting her mother put her in hospice care.

Children's Hospital said in a statement Monday it would decline to comment pending the legal investigation.

A doctor who had worked at Denver Hospice said that Turner “provided a false medical history for [Olivia] including autism, seizures, hydrocephaly and numerous birth-related disorders,” the indictment says.

According to the indictment, Turner had started a blog detailing what she claimed were the medical conditions for her two daughters in 2011 and had started a GoFundMe page in July 2015, which she updated more than 100 times until Olivia’s death.

A GoFundMe spokesperson said the company's Trust and Safety team had banned the account Turner had used and will process refunds for donors as they work with law enforcement.

The indictment says she brought in $22,270 from 161 donors. She had also gotten with Make-A-Wish for a “Bat Princess” party thrown at the Hyatt Regency Denver that cost more than $11,000. She also allegedly committed Medicaid fraud and forged documents related to assistance despite the father of the two girls having insurance in Texas to cover them, according to the indictment.

"We are deeply disturbed by the allegations in this case and intend to follow it closely in the hope of learning exactly what happened," Make-A-Wish Colorado spokesperson Sarah Murphy said in a statement Monday. "Our procedures for granting a wish require a referral from the child’s medical team, and we rely on their assessment. As we seek to learn more about the circumstances that led to Olivia’s death, we fondly remember her spirit and hope that granting her wish brought some joy to her tragic life."

The indictment says that she also solicited money for her daughter’s funeral expenses and plot months before the girl died. But it says that there were more than $5,000 in outstanding expenses owed to the funeral home and cemetery.

Turner and her husband are now going through a divorce, according to court records.

“I am extremely proud and impressed with the determination of all agencies involved, especially my detectives. While it has been an extremely emotional case, they have investigated all aspects of it with diligence and professionalism,” Douglas County Sheriff Tony Spurlock said in a statement.

Turner made her first court appearance on Monday morning and is being held without bond pending her next appearance, which is set for Nov. 1.