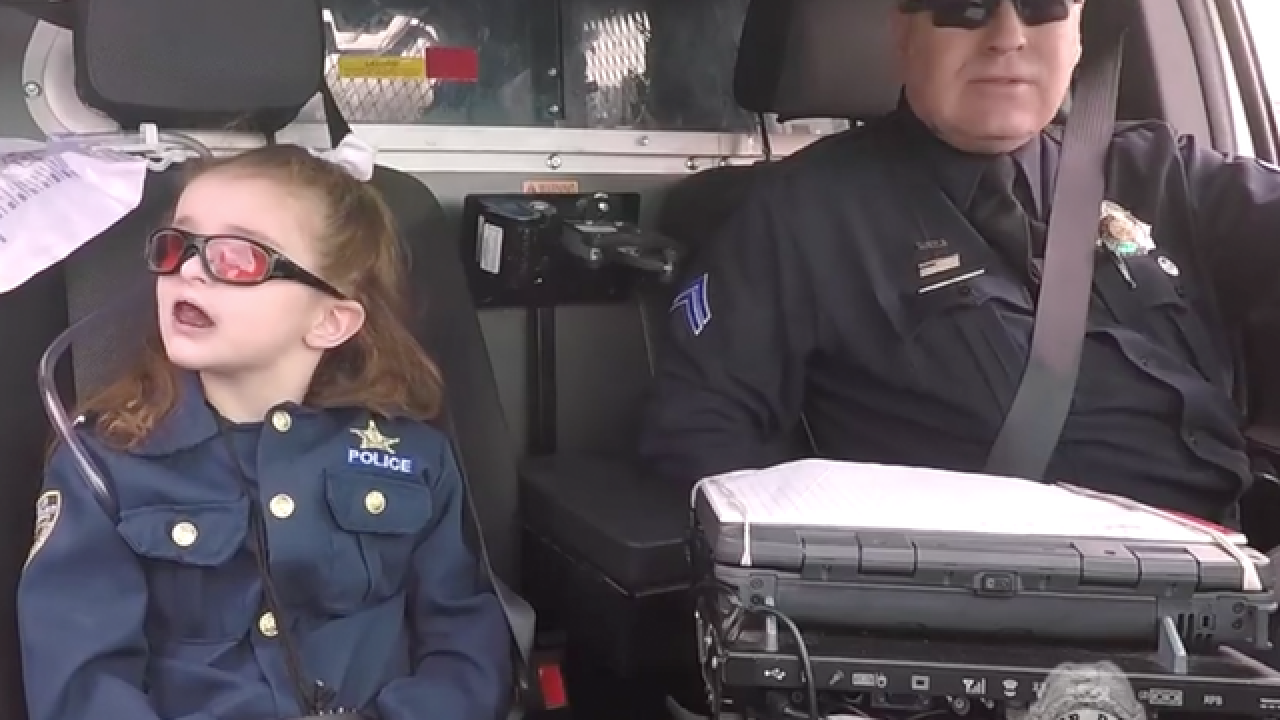 DENVER – The men and women of Denver’s finest had extra help fighting crime over the weekend. Six-year-old Olivia Gant joined the force Sunday.

Olivia is terminally ill with neurogastrointestinal encephalomyopathy, which her mother says has caused her to have intestinal failure.

While she continued to battle for her life, she made a bucket list of things she wanted to do -- and busting bad guys was on top of that list.

That’s where the Denver Police Department comes in. The department stepped up and made her wish come true.

A uniformed Olivia rode along with an officer in a police cruiser with sirens blasting as they made their way to the "bad guy's" hideout. The “bad guy” was played by another Denver officer, who Olivia put into cuffs and hauled away.

She was also given a tour of police headquarters and met with chief Robert White, who made her honorary chief for the day.

“We pray for each other every single day. And I want you to know that we are going to keep you in our prayers,” said white as he presented Olivia with an honorary badge.

DPD posted a video of Olivia’s experience on Facebook.

Olivia’s mother, Kelly Gant, said the 6 year old has looked up to police officers for some time as they were the ones that came to her aid during multiple medical calls in the past.

Olivia is currently being treated for chronic pain and has been admitted into hospice care. Her mother said despite the pain, Olivia still has a smile on her face every day.