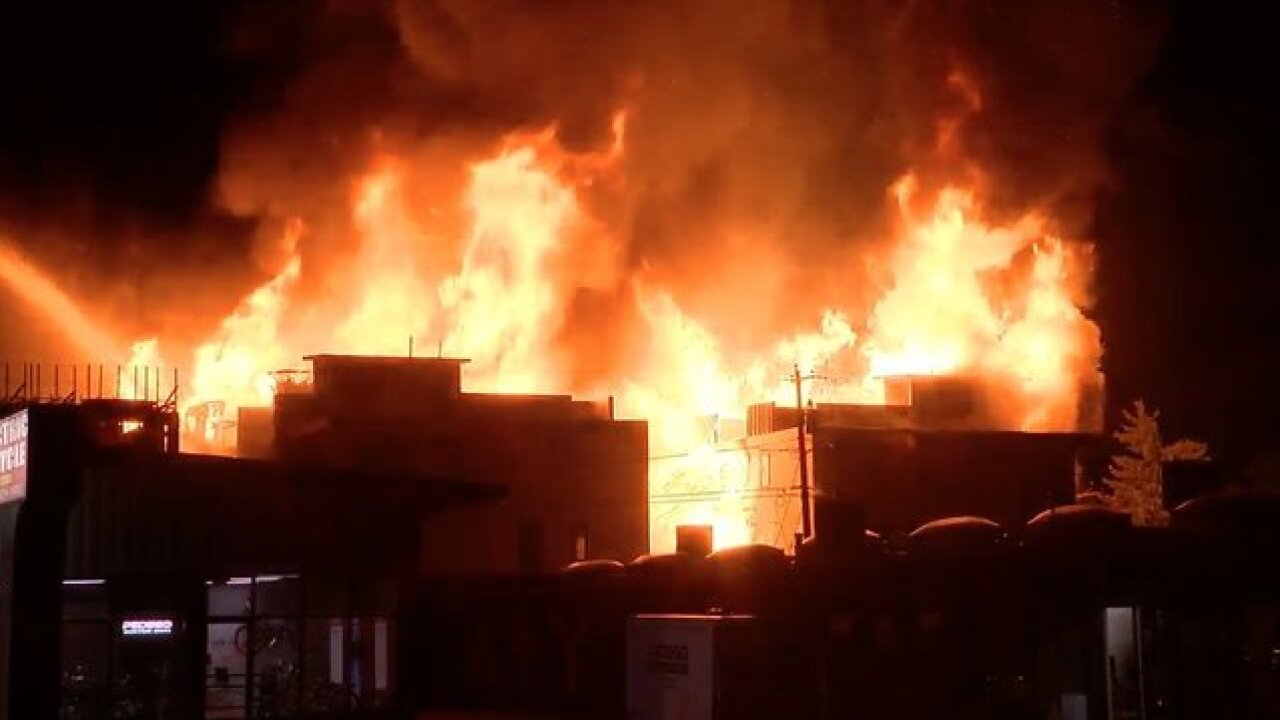 Copyright 2018 Scripps Media, Inc. All rights reserved. This material may not be published, broadcast, rewritten, or redistributed.
Denver7 Daryl Orr

DENVER — Firefighters were battling a large fire that destroyed two buildings and damaged a third near 20th and Federal early Thursday.

The fire was reported shortly before 2 a.m. and quickly went to three alarms.

Part of one of the structures collapsed around 3 a.m.

Update: Denver Fire has majority of the flames knocked down. Working hot spots. Smoke was as visable as far away as Aurora. pic.twitter.com/g89HMGuMYO

Firefighters said the two buildings that were destroyed were townhouses under construction. The development, called Denver Grove, was slated to include 14 townhouses ranging in price from $681,000 to $767,000. The development was set to open in late spring.

The third building, a home, sustained some damage. A family inside the home was able to evacuate the building safely.

There were no reports of injuries.

Federal Boulevard was closed between 18th and 20th for several hours because of the fire and about 50 customers in the area lost power.

Investigators with the federal Bureau of Alcohol, Tobacco, Firearms and Explosives were on the scene to examine the site and help determine the fire's cause.

This is the second major fire at a construction site in Denver this year. In March, a massive fire destroyed the Emerson Place apartments at 18th and Emerson streets. Two people were killed in that fire and several others were hurt.