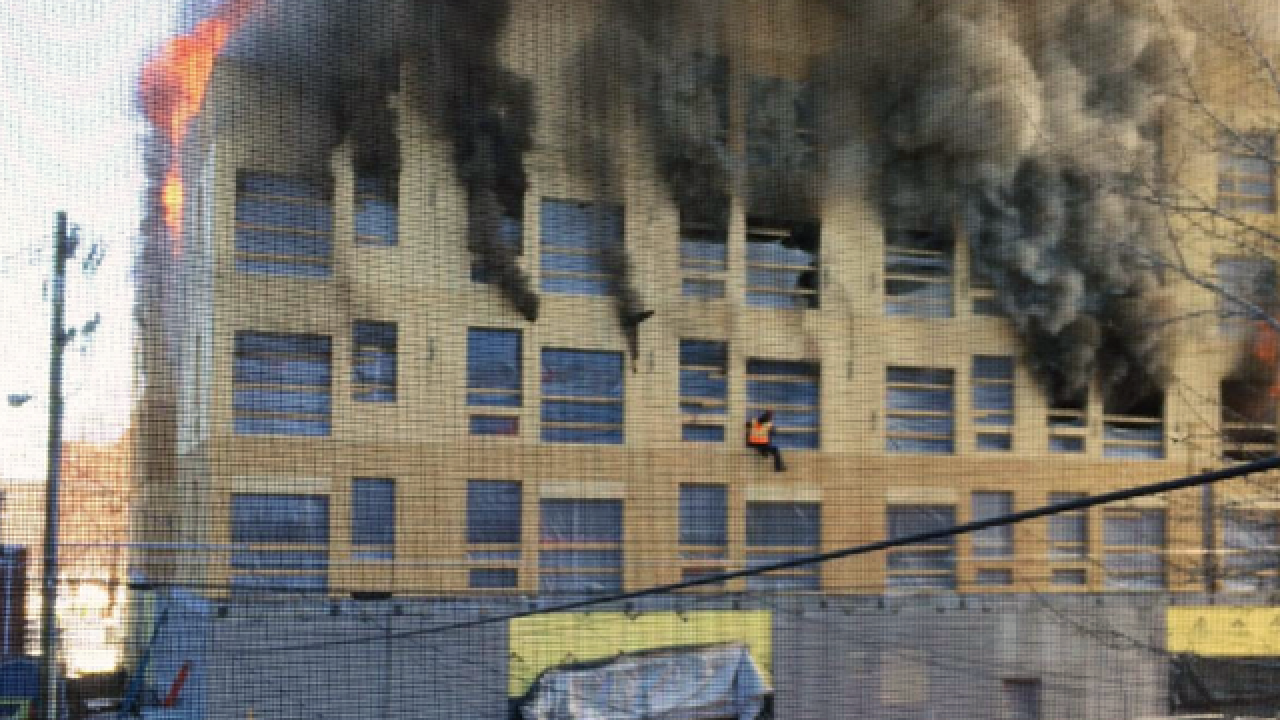 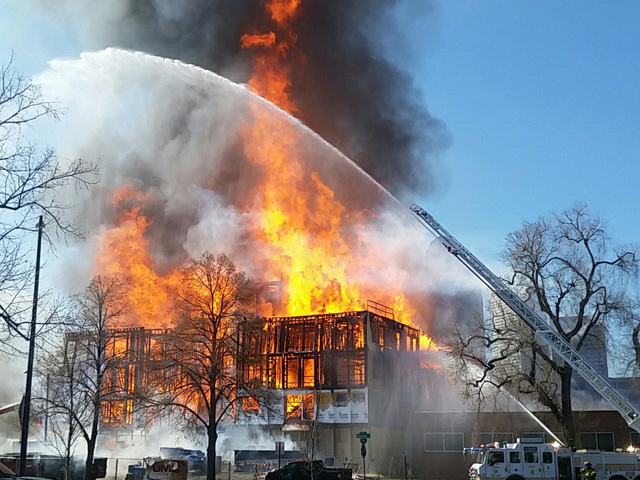 The body was found in the charred rubble of the North Capitol Hill construction site just ten minutes before Pixley made the 4:45 p.m. announcement during a press briefing.

In addition to the two fatalities, six others were hurt, including a firefighter who was released from the hospital Wednesday after suffering burns to his hands, arms and face. Nearby buildings and vehicles also were damaged.

Investigators with the U.S. Bureau of Alcohol, Tobacco, Firearms and Explosives were among the investigators combing through the charred rubble in an effort to determine what started the blaze. The fire is believed to have started on the third story of the five-story construction project.

Denver Fire Capt. Greg Pixley said around 50 construction workers were inside the building at the time of the inferno. Firefighters arriving on scene rescued multiple people and witnessed construction workers leaping from the second and third story of the still uncompleted building, causing some of the reported injuries. Witnesses said they saw people running and heard screams just as the fire broke out. Explosions were also reported.

Here’s another viewer photo. @drewsmithvideo obtained this from a witness. You can see a worker hanging out of a window trying their escape the flames. @DenverChannel pic.twitter.com/TcFf2tlznE

The five-story apartment building under construction, called Emerson Place, was an all-wood frame when it went up in flames. Allante Properties is the development company behind Emerson Place.

Darell Schmidt, a spokesperson for the company, told Denver7 that at the time of the fire the project was framed out and topped off with exposed wood. Construction began approximately 18 months ago.

In a statement sent Thursday evening, a spokesperson for Vertix Builders said they are working with law enforcement to determine how the fire started. You can read the full statement below:

Vertix Builders is deeply saddened by the loss of life and injuries resulting from the fire at the Emerson Place Apartments Project in Denver on March 7th.  Our hearts go out to all of those who were involved, as well as to their families.

The company is working closely with Denver Police, Denver Fire and the Occupational Safety and Health Administration (OSHA) in the investigation into the cause of the fire.  Vertix Builders places the highest value on the health and safety of our employees, subcontractors and the people who live and work in the vicinity of each and every Vertix Builders project.  We are determined to gather the facts and work with authorities to establish how this tragic incident occurred.

Vertix Builders would also like to recognize the on-site workers who risked their own lives to rescue fellow workers in the course of the fire.  No doubt, the heroic efforts by our employees, subcontractors and emergency responders saved lives.

The construction site had passed inspection as recently as this past Monday.