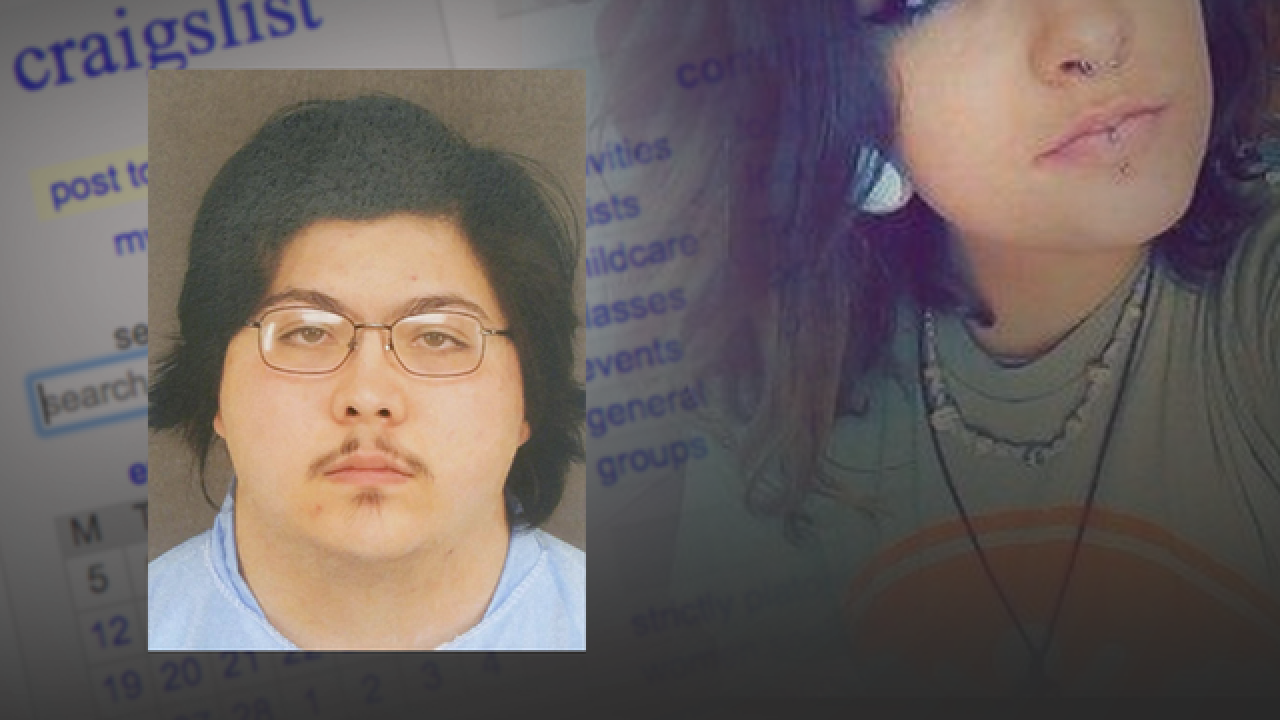 BRIGHTON, Colo. -- Investigators say the suspect in the shooting death of Natalie Bollinger told three different stories before confessing to the crime.

The victim's boyfriend, Joseph Marino, reported her missing. He told detectives he went to work at 6:00 a.m. on Dec. 28 and came home at 3:18 p.m. He noticed that both Natalie and his gun, a 9mm Glock, were gone and that her phone was still there.

Bollinger's body was found a day later on the 11600 block of Riverdale Road in unincorporated Adams County. A 9mm shell casing was found about 5 feet, 5 inches from her body.

The Coroner's office determined that she had been killed by a single gunshot to the head and that it was not suicide, although she had talked about suicide before.

Dr. Steven Cina, a forensic pathologist, testified that the "gun was fired from 4 to 15 inches away" from Bollinger's head, "and likely 6 to 12 inches."

He said he made that determination from the "pepper marks," or gun powder residue.

"She had used heroin shortly before her death," Cina said. "She had a very high level...most people would be dead with the level she had in her system."

Joseph Lopez, 22, of Northglenn, was arrested on February 8, and was later charged with first-degree murder.

During Lopez's Preliminary Hearing, Adams County Sheriff Detective Matthew Peterson said they found more than 111 text messages on Natalie's phone, and evidence of a six minute phone call that were traced to a phone used by Lopez.

They made contact with the suspect at his place of employment, Dominos Pizza at 3941 E. 120th Avenue in Thornton.

"He said, 'I think I know what this is about, it's about the girl I talked to on Craigslist.'"

He said the first story was that Lopez was online searching on Craigslist - Women seeking Men when he noticed a message saying "I want to put a hit on myself."

"He said he messaged her, playing the persona of a hit man," Rogers said. "He said he tried to make her feel comfortable and told her he didn't have a gun and she said she had one."

Rogers said Lopez told investigators that he went to Natalie's house, picked her up and drove to 86th and Steel and that when Bollinger said she wasn't comfortable with that location he took her home and dropped her off.

When detectives told Lopez that his cell phone had "pinged" at several other locations, including one near Riverdale Road, he apparently told a different story.

"He said he remembered taking a wrong turn, and ended up on Riverdale Road and then a cul de sac," Rogers said. "He said she got out, kneeled down, took the gun out of her purse, and that he went over to try to convince her not to shoot, but she shot herself and fell over."

When detectives told Lopez the Coroner said she couldn't have shot herself, because the gun was fired from up to 15 inches away, he allegedly changed his story again.

Rogers said Lopez then told investigators that after Bollinger kneeled down, he walked up to her, held the gun with both hands, said they were shaking, closed his eyes, turned to the right, said a prayer and fired a shot."

Rogers added that Lopez said, "He freaked out, grabbed the gun and (Natalie's) purse and took off."

Both items were later found in the trunk of Lopez's Nissan Altima.

"Did you go to Dominos Pizza for an undercover operation to obtain Mr. Lopez' DNA," she asked Det. Rogers.

"You didn't call and ask for a sample," Jones asked.

Judge Roberto Ramirez ruled there was probable cause to try Lopez on a charge of first-degree murder with deliberation.

He ordered the suspect held without bond.

The next hearing date has been scheduled for May 23.