'I'm going to get results': Brother of missing mother Suzanne Morphew arrives in Colorado ahead of volunteer search 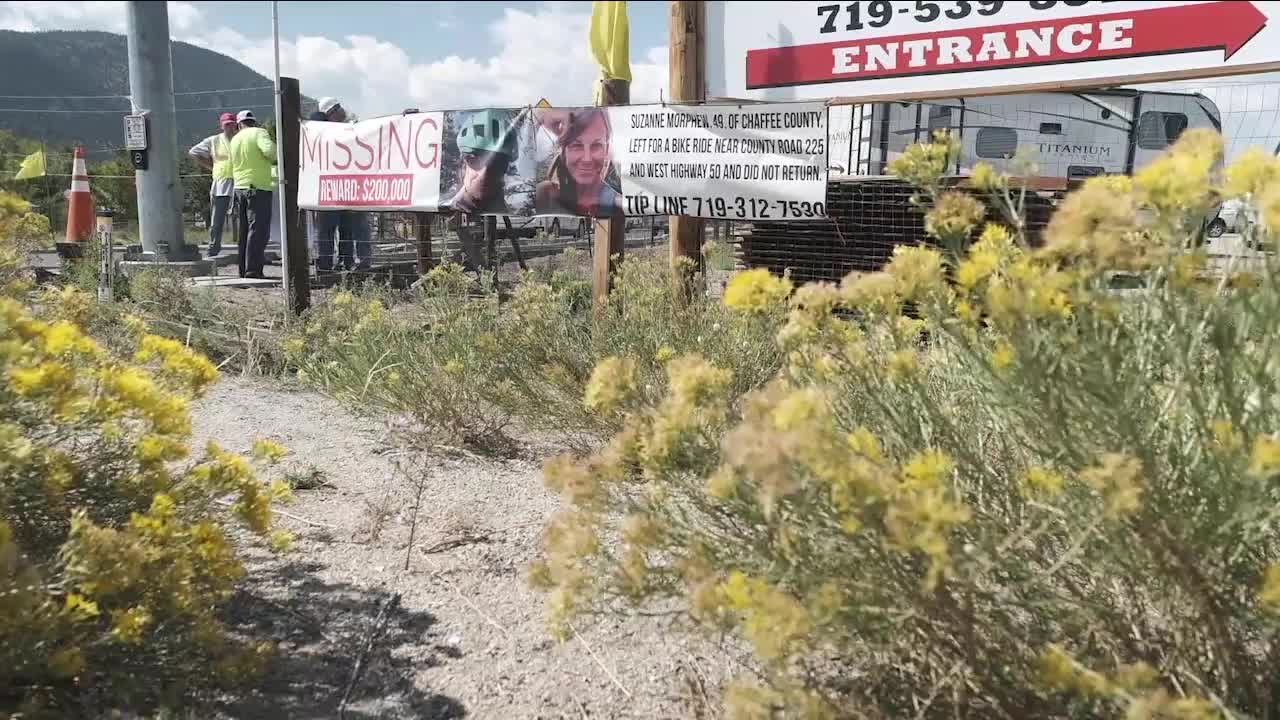 The brother of missing mother Suzanne Morphew will arrive in Colorado Wednesday ahead of his planned six-day search for his younger sister, who disappeared on Mother's Day. 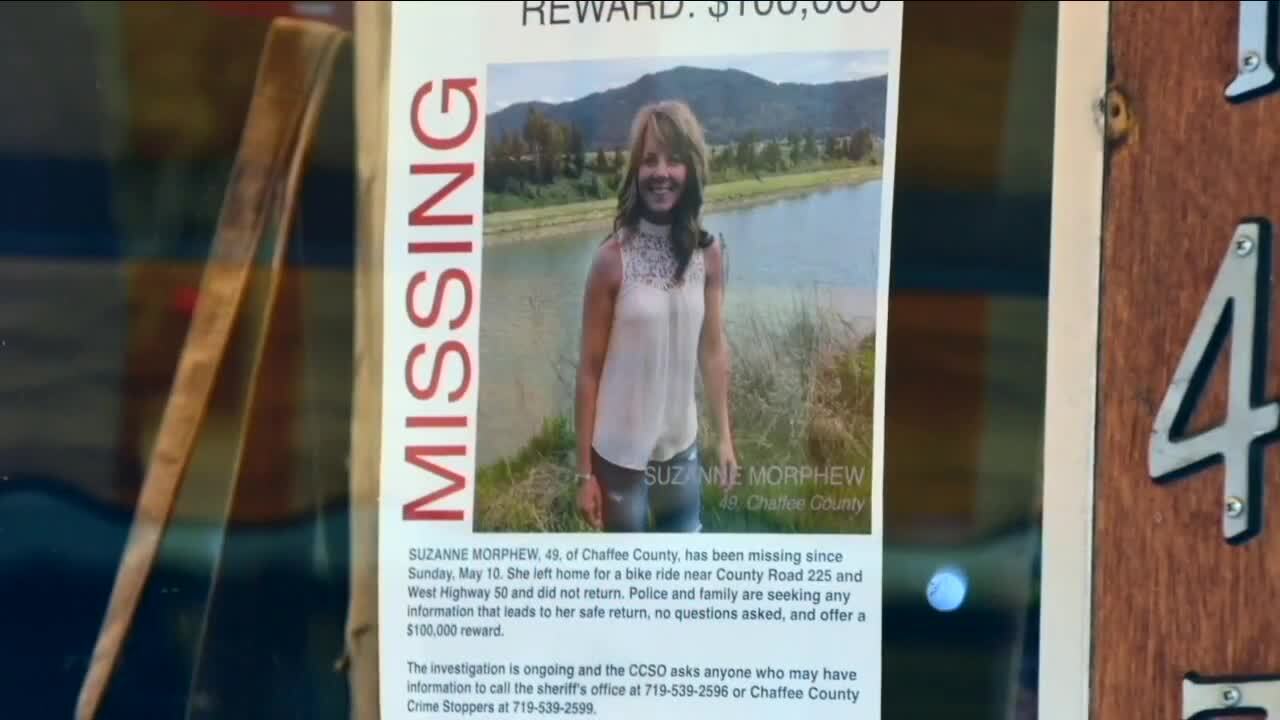 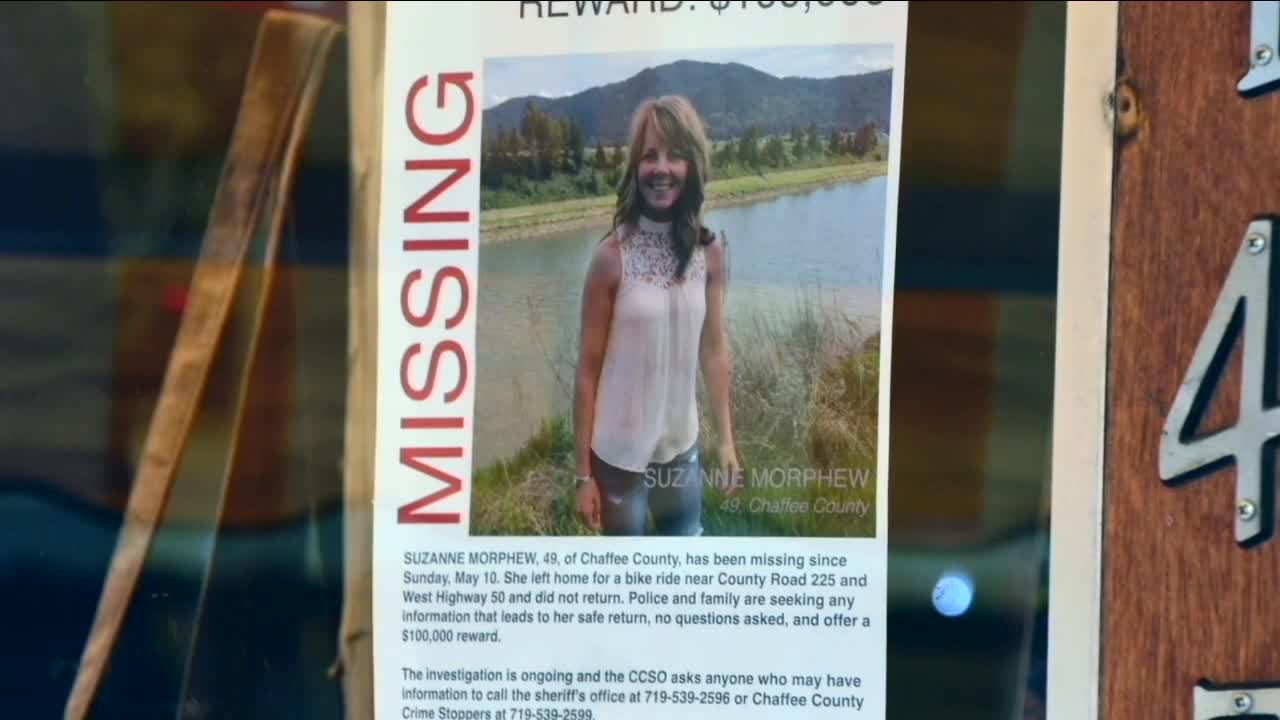 CHAFFEE COUNTY, Colo. — The brother of missing mother Suzanne Morphew will arrive in Colorado Wednesday ahead of his planned six-day search for his younger sister, who disappeared on Mother's Day.

Her brother, Andrew Moorman, who lives in Indiana, has organized several hundred search volunteers — from various other Colorado towns and even other states, including the mayor of Moorman's small town and local business owners and friends — to help scour the area.

"My sister was murdered," Moorman said. "And she was hidden within a three-and-a-half-hour window. So that — I can draw a circle on that and tell you she's within that circle. And that's what I know happened."

He needs volunteers to help with the search — "boots on the ground" more than anything else, he said. He said they will not be digging. Some volunteers are also bringing boats and SONAR equipment to search some lakes, as well as drones, search dogs and other tools.

The search will run from Sept. 24-29. Volunteers will meet at the Poncha Springs Visitor Center, located at 7010 US Highway 285 in Poncha Springs. To sign up to volunteer for the search and for more details, click here. A GoFundMe has been set up to help with costs associated with the search. As of Wednesday morning, $11,600 has been raised.

"I'm out there to find my sister," Moorman said. "I think everybody probably knows what happened. I'm literally just there to search — I need to find her, need to bring her home, give her a proper burial and closure for my family. And that's my point. I'm not about finding somebody guilty or trying to inflict punishment on anyone. That's not my job. That's the law enforcement's job."

He said he's extremely sad and misses his little sister, and his two nieces are worried and need closure about what happened to their mother. Morphew was a wonderful person, he said, and attended church every Sunday and beat low-grade lymphoma twice.

"My entire family has suffered for four months," he said. "We've had enough. I stayed quiet as I was asked to. I bit my tongue for three months. Not doing it anymore. I'm coming out there."

He said he plans to arrive in Colorado around noon and will meet with CBI and the sheriff's office Wednesday.

"I couldn't thank the people of Salida enough for all the support," he said. "They need closure, too."

He said he is expecting to receive satellite imagery soon that will point him in the right direction. He said he has four places of interest he wants to search not far from Salida.

The search is separate from authorities' work, though they say they want to support this effort.

Investigators have completed at least 10 large-scale searches throughout the county.

READ MORE: All Denver7 coverage on the search for Suzanne Morphew

In a Sept. 11 press release, Chaffee County Sheriff John A. Spezze said their team is not able to coordinate or lead this search because of liability issues. However, they plan to support it in other ways, including:

"As with any major undertaking it takes many different resources to complete a task and we once again appreciate the Moorman search effort and its many volunteers," Spezze said in the press release.

Moorman said if volunteers find anything suspicious, they will call the authorities and let them process the scene.

He added that safety is the priority, and all volunteers will need to be out of the mountains by 4 p.m. to beat the sun going down. He said the volunteers will wear masks when needed.

He said he doesn't believe she ever got on a bike the day she went missing. He said the bike was found without damage at the bottom of a hill and there wasn't any indication of a struggle. He added that dogs didn't pick up her scent there.

"You couldn't have ridden off that cliff without being severely hurt," he said. "There certainly would have been evidence of injury at the bottom of that hill and there was none. So I believe the bike was picked up and thrown over the hill by human hands."

He said he's also ruled out wildlife, since Morphew's body wouldn't have been moved too far from the area, there would have been physical evidence, and the dogs would have picked up an animal's scent.

"I am prepared for the fact that there's not going to be a good ending in this, but closure would be as good," he said. "That's all I'm asking for."

One of the volunteers, Troy Greer, said his daughter went to school with Morphew.

"You know, we're a small town and we care about our people in our town, even when they leave our town," Greer said.

Susan Medina with the CBI has said the case remains a priority, despite few recent updates.

“You may not see a news release on a daily basis but that doesn’t mean that extensive work isn’t happening on a daily basis," she told Denver7 in June. "Countless hours every day by agents and analysts and investigators to determine where Suzanne is and what happened.”

This remains an open investigation. To date, no arrests have been made and this remains a missing person’s case. The tip line for this case is 719-312-7530.