'I'll do whatever it takes': Husband of missing woman makes tearful plea for her safe return 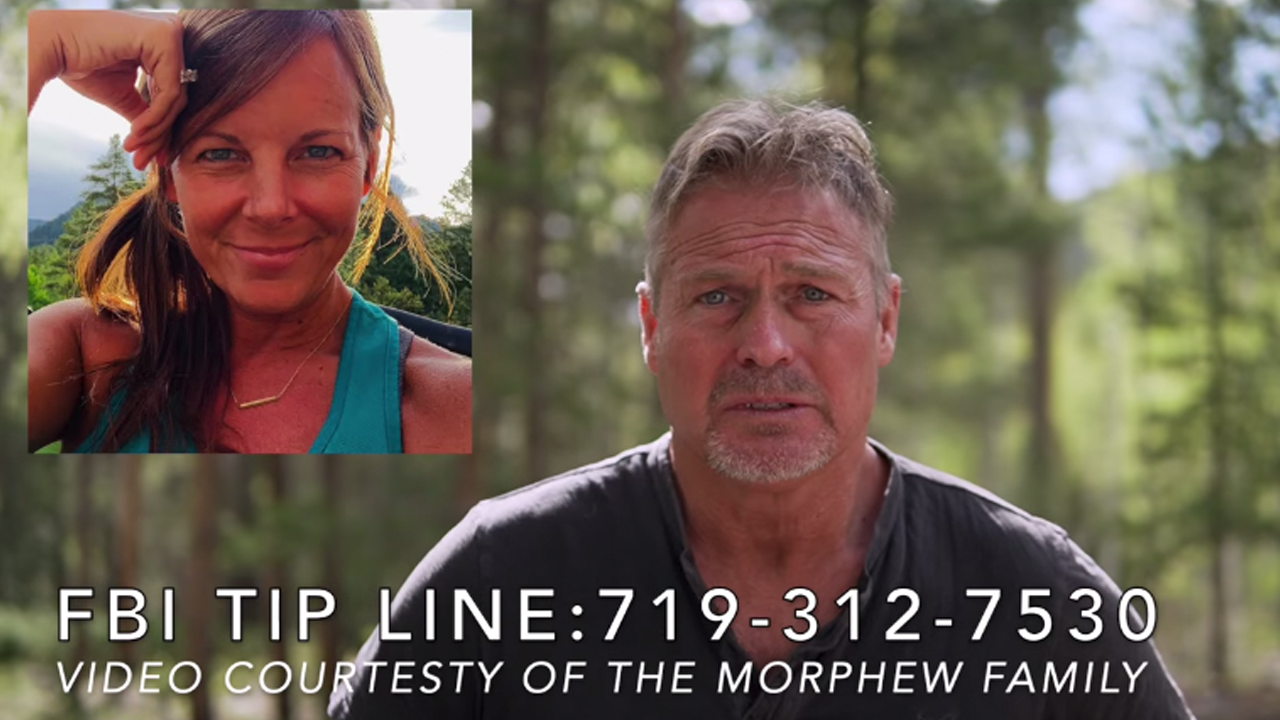 CHAFFEE COUNTY, Colo. — The husband of missing Chaffee County woman Suzanne Morphew made a tearful plea for her safe return in a video posted on social media Sunday.

"Suzanne, if anyone is out there that can hear this that has you, please, we'll do whatever it takes to bring you back," Barry Morphew said as he held back tears. "We love you. We miss you. Your girls need you."

The 49-year-old Maysville-area woman went missing Sunday, May 10, after a neighbor called 911 to report that Morphew had gone for a bike ride and never returned.

The video, posted on a Find Suzanne Morphew Facebook page, has a picture of Suzanne and the number to the tip line: 719-312-7530, layered over the video.

Barry Morphew and a family friend are offering a $200,000 reward for her safe return, no questions asked.

"I'll do whatever it takes to get you back. Honey, I love you," Barry Morphew said in the video.

The search for Morphew began after she was reported missing. A search in the area west of County Road 225 and U.S. Highway 50 outside of Maysville on Thursday led to the discovery of an item belonging to the missing woman, the Chaffee County Sheriff said during a news conference Friday. But authorities declined to comment on the nature of the item believed to belong to Morphew.

Saturday's search efforts were scaled down from the previous day. Investigators said they conducted targeted searches in the area based on information provided to those working the case. However, no other items of significance were reported to have been discovered over the weekend.

On Sunday, members of the Pueblo County Sheriff’s Office Dive Rescue Team searched water sites in the area. Authorities also put a call out to residents in the area for possible video footage taken from doorbell video, security cameras or game cameras from May 8 through May 12. They are asking residents to preserve any video captured from those five days until investigators contact them.

The Colorado Bureau of Investigation (CBI), the FBI, and the Chaffee County Sheriff's Office are involved in the search.

"This is a top priority of ours, and we're working very hard on this," Chaffee County Sheriff John Spezze said during the news conference Friday, stressing just how urgent the community's help will be as the investigation unfolds.

He urged anyone with information to contact the sheriff's office tip line at 719-312-7530, no matter how small or insignificant that information may be.

When questioned about the case, Spezze said they're still treating it as a missing person's investigation, adding they're not ruling anything out - including an animal attack or suicide - though they don't suspect the latter. Responding to a reporter's question about Barry Morphew, Spezze said he has been cooperative and hoped he continued to be so.