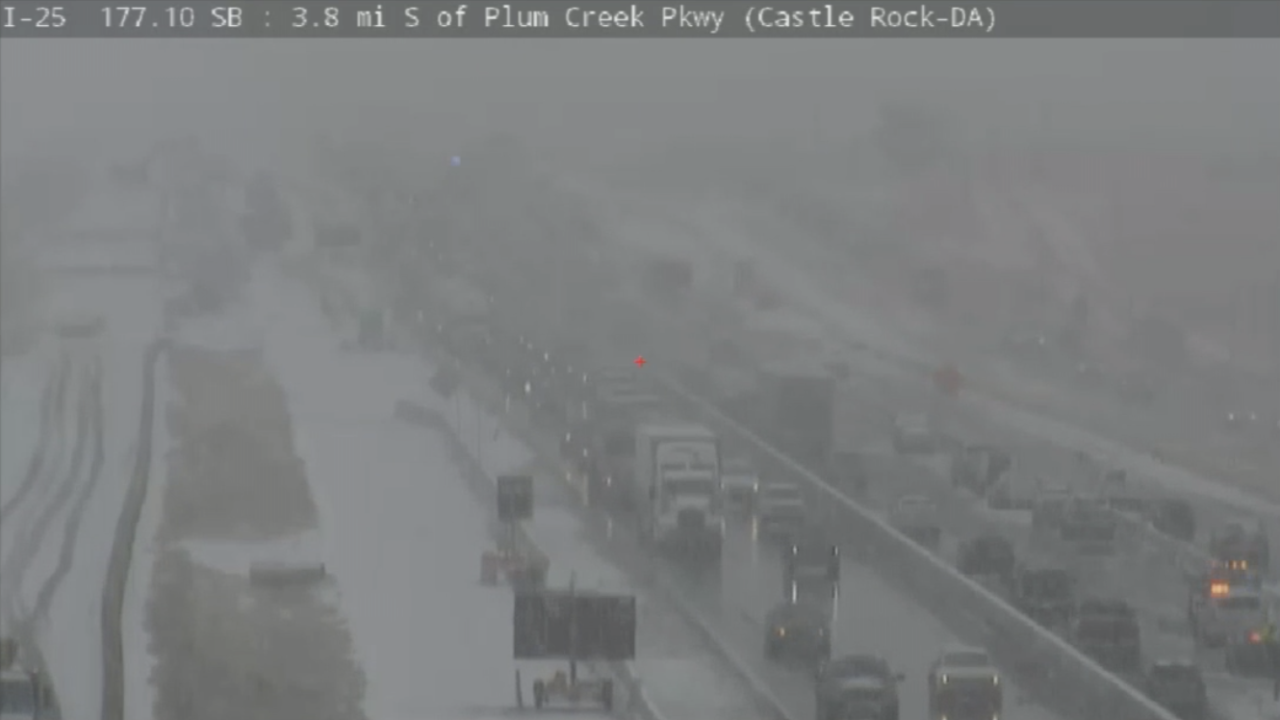 The snowy conditions across the Front Range on Thursday were causing traffic issues along the Interstate 25 Gap: The highway was shut down in both directions for about two hours between Larkspur and Monument after several crashes involving a total of 20 cars, according to the Colorado State Patrol.

Only minor injuries were being reported in the crashes. One crash involved 11 vehicles, one involved five and one involved four. No one was taken to a hospital.

All of the crashes were in the same area along the I-25 Gap.

Snow totals were ranging from 2-4 inches across the Front Range on Thursday, with totals higher in the mountains and other higher-elevation areas.

MORE: Here's how much snow has fallen across Colorado (so far)