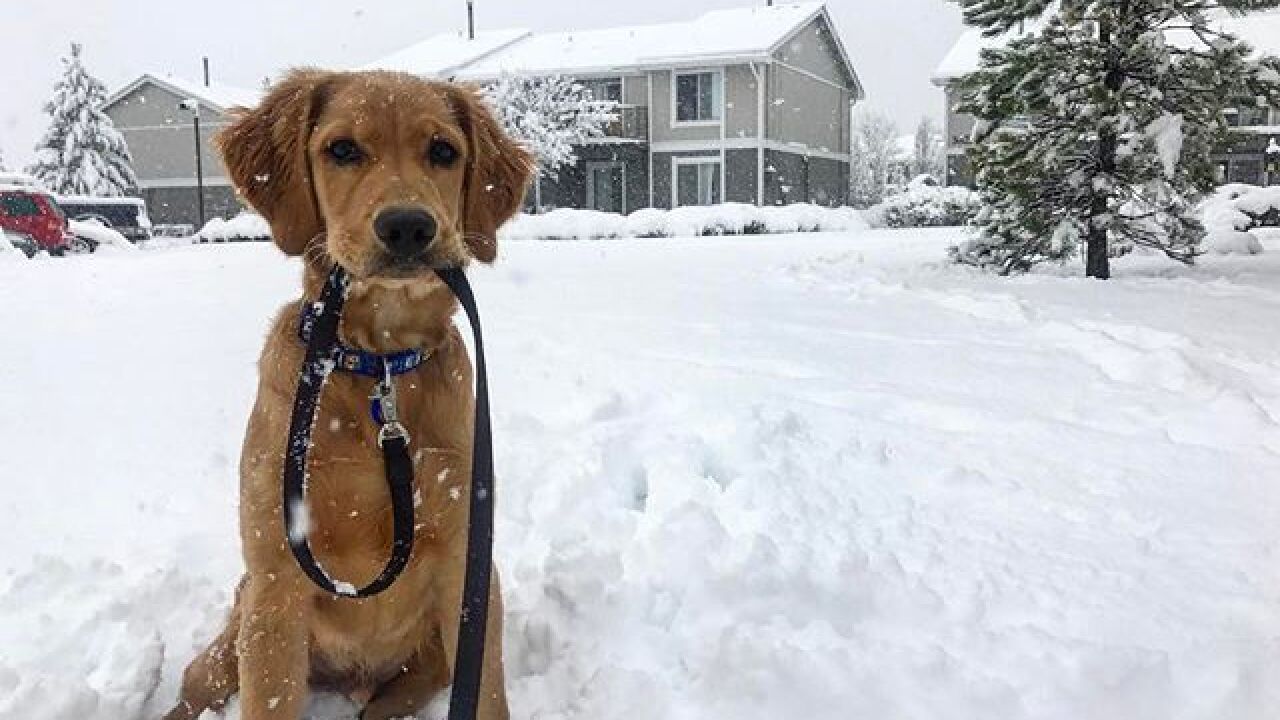 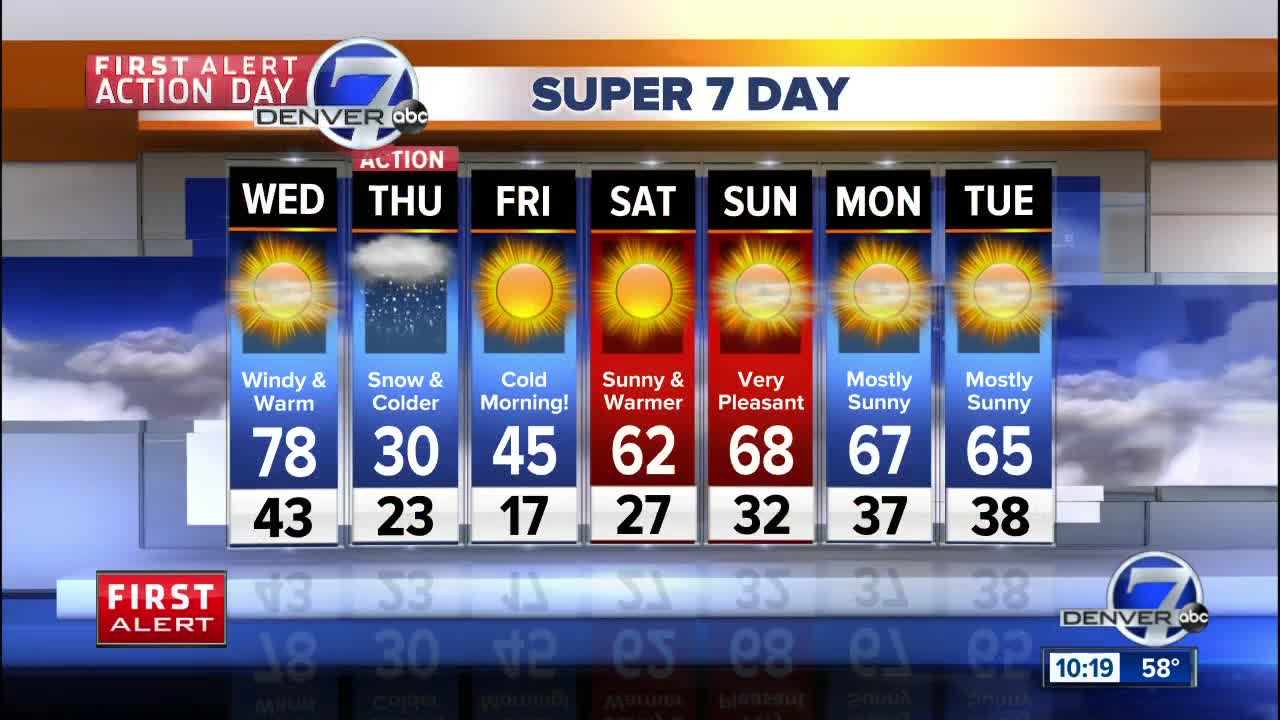 DENVER – It will be a roller coaster weather week for much of Colorado, with high fire danger across much of the state Tuesday and Wednesday ahead of what is likely to be a couple inches of snow and possible record-breaking low temperatures on Thursday and Friday.

Relative humidity could fall as low as 10% in those areas, the National Weather Service said. Combined with southwesterly winds of 10 to 20 miles per hour, with gusts up to 30 miles per hour at lower locations and up to 55 miles per hour on mountain passes, fire danger is high into the evening on both Tuesday and Wednesday ahead of the incoming cold front.

On Wednesday night, the cold air will move into the state from the north and push temperatures below freezing, with snow falling behind the front we've been telling you about.

Tuesday morning forecasts indicate light snow will fall on Wednesday night and will intensify over the mountains and foothills early Thursday morning. The band is expected to move southeast on Thursday.

MORE: Tips for driving in the Colorado snow as you prepare for winter weather

Models show the heavier snow could reach the Denver metro area either on Thursday morning or around noon on Thursday.

While the varying models show a range of snow totals, the National Weather Service said Tuesday morning that the Front Range Urban Corridor and Palmer Divide should expect between 1 and 6 inches of snow; people on the plains should expect a trace to 2 inches; those in the foothills are looking at 4 to 8 inches; and people in the mountains should expect between 6 and 12 inches. The National Weather Service said trees that have not gone dormant and already lost their leaves could suffer broken branches.

As the snow moves out on Thursday afternoon, bitter cold and wind will move back in as skies clear overnight into Friday. Denver’s forecast low is in the teens and could break the record low for Friday of 22 degrees, set in 1946. Winds out of the north will also put the wind chill in the single digits and teens, the NWS said.

But the chilly weather won’t stick around too long. Highs this weekend in Denver will be back into the 60s.

Stay with the Denver7 weather team for the latest forecasts and up-to-date weather information.