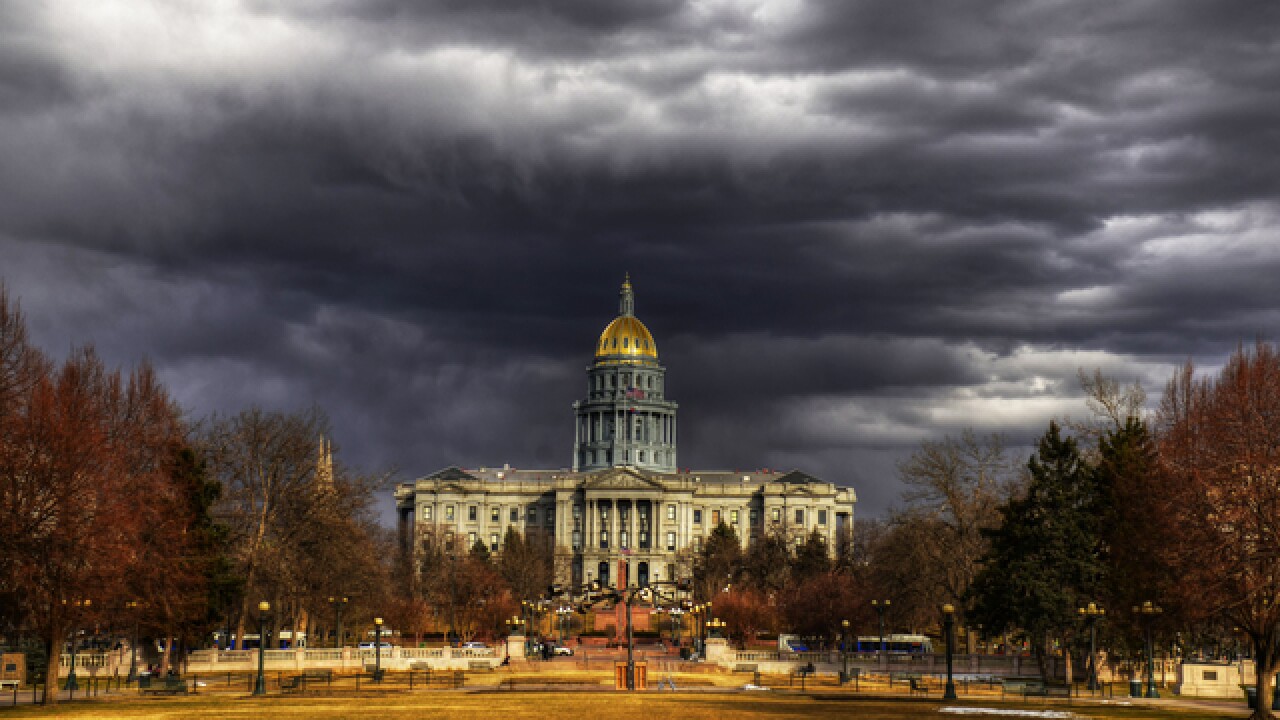 DENVER – A federal judge on Tuesday struck down a key part of Colorado’s voter-approved Amendment 71, which made it more difficult for people seeking to get a measure on the statewide ballot for a vote.

U.S. District Court of Colorado Judge William J. Martinez wrote in the order that parts of the “raise the bar” amendment, which was approved by 55 percent of Colorado voters in 2016, was unconstitutional.

The portion deemed to be unconstitutional required people hoping to get a constitutional amendment on the ballot to get signatures from at least 2 percent of the total number of registered voters in each of the state’s 35 Senate districts.

“This Court recently denied that [motion to dismiss from Colorado] and held that subsection 2.5 violates the ‘one person, one vote’ principle inherent in the Equal Protection Clause because voter population varies widely between state senate districts,” Martinez wrote in Tuesday’s decision.

But in his order, Martinez upheld another part of Amendment 71 which upped the threshold that ballot initiatives would need to get in order to pass from 50 percent of the popular vote to 55 percent.

Martinez originally made the decision earlier this month, but gave Colorado Secretary of State Wayne Williams three weeks to show cause as to why Martinez shouldn’t find in favor of the plaintiffs in the case, which included a host of ballot-drive leaders and ColoradoCareYes, a group that opposed a failed universal health care ballot initiative in 2016.

The groups that sued last April, arguing that Amendment 71 was unconstitutional, said that the Senate districts have widely-ranging populations of registered voters, and the new rules thus violated the “one person, one vote” rule in violation of the 14th Amendment to the U.S. Constitution.

Colorado argued that if Martinez were to issue a temporary or permanent injunction against the portion of Amendment 71 as the plaintiffs had sought, it would throw off petition drives already in action for this November’s ballot.

There are two April filing deadlines for people to file proposed initiatives for consideration with the title board and for the title to be set, and Aug. 6 is the deadline for proponents to file their petitions with Williams’s office.

His office had asked Martinez to stay any injunction through the November election, which he did not agree to, saying the state “has not stated a sufficient reason” for postponing the injunction, despite the pleas over the upcoming deadlines.

“[A]n injunction would require proponents and the Secretary of State to do only what they have been doing for many years before Amendment 71 became law—which is less work than they would be required to do if this Court stayed the effective date of its injunction. A stay is therefore inappropriate,” Martinez wrote, agreeing with the plaintiffs.

One of the plaintiffs in the case, Daniel Hayes, told Denver7 he was pleased that Judge Martinez tossed part of the amendment. He sent a statement to Denver7:

"I think it's great that, at least part of this horrible amendment has been thrown out, the expensive part of gathering signatures all over the state. I believe, however, that the 55% vote to pass an amendment is still valid which makes getting an amendment passed difficult, at best. Voters were misled by Governor Hick into believing that they were protecting the state construction when all they were really doing was transferring nearly unlimited power to the legislature/ governor to pass laws or not, with or without voter approval. The oil and gas industry placed 71 on the ballot to prevent a citizen initiative to stop fraking in CO and had nothing to do with protecting the constitution."

An attorney for the plaintiffs said some were trying to get another universal health care initiative on the 2020 ballot, and a consultant said the cost for gathering the signatures would reach close to $1 million, according to The Associated Press.

"Requiring signatures in all 35 districts pretty well knocks out 95 percent of potential initiative filings and keeps almost everything off the ballot," attorney Ralph Ogden told the AP.

The Secretary of State’s Office said it would appeal to a higher court and ask again that a judge stay the injunction through the election, but admitted it didn’t know if it would be successful.

In his order, Martinez cited case law from the 10th Circuit Court of Appeals in which a judge found that, “When the law that voters wish to enact is … unconstitutional, their interests do not outweigh [a challenger’s interest] in having his constitutional rights protected.”

He wrote that the state and its employees were permanently enjoined from enforcing the portion of Amendment 71 that he found to be unconstitutional.

But Kate Roberts, the campaign manager of the “Raise the Bar” Amendment 71 campaign, vehemently disagreed with Martinez’s decision, calling it “wildly off-the-mark” and saying she believed the 10th Circuit would find in supporters’ favor.

““On one side of the argument, you have some of the finest legal minds in Colorado who drafted Amendment 71…and the vast majority of Colorado voters in more than 60 counties,” Roberts said in a statement to Denver7. “On the other side, you have a lone federal judge deploying what can only be described as a tortured logic in questioning the constitutionality of a constitutional amendment that requires those trying to amend the constitution to collect signatures in places other than Denver and Boulder.”