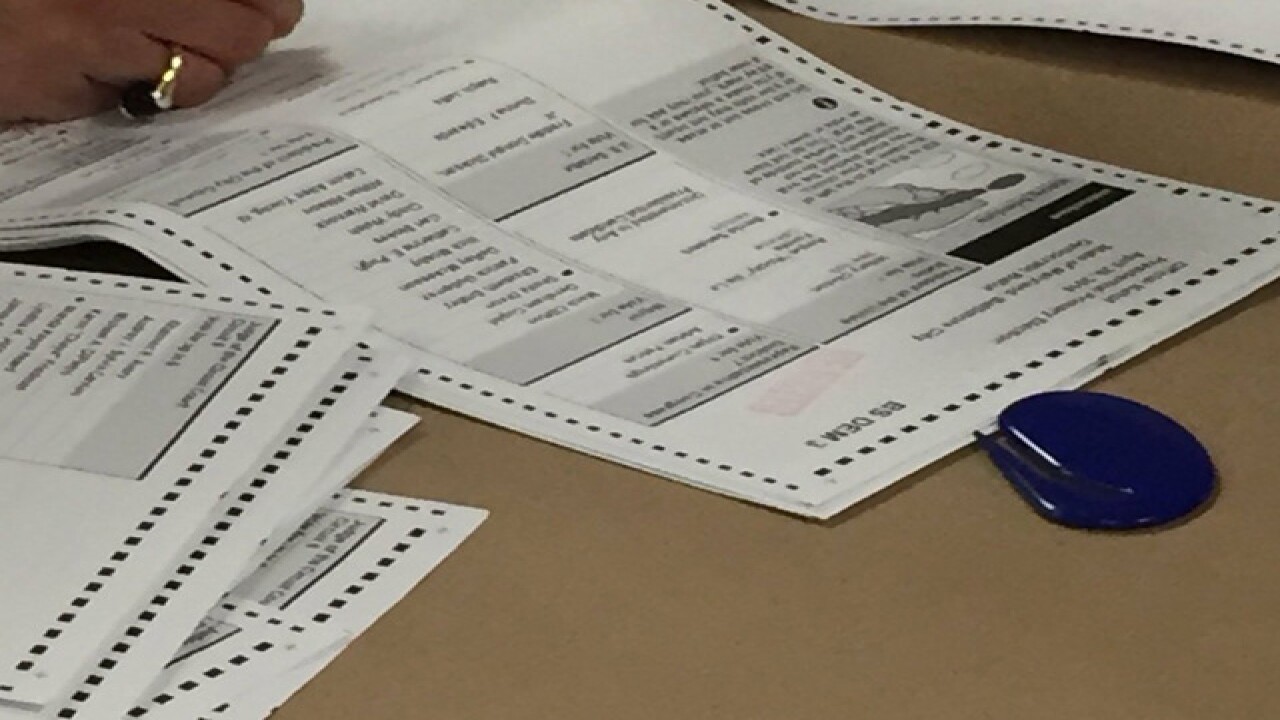 DENVER – A handful of ballot measure proponents have filed a federal lawsuit arguing that Amendment 71, which changed the way constitutional amendments can reach Colorado’s ballot when it was approved by voters last year, violates the U.S. and Colorado constitutions.

The lawsuit is the first legal challenge to Amendment 71, which despite being among the more-controversial measures on last year’s Colorado ballot, was approved by 55.7 percent of the vote. Voting against the measure were 44.3 percent of Coloradans.

What did Amendment 71 do?

Now that Amendment 71 is part of the Colorado Constitution, instead of being able to collect the required number of signatures from anywhere in the state, proponents of a measure to add a constitutional amendment will have to get signatures from at least 2 percent of the total number of registered voters in each of Colorado’s 35 Senate districts.

For instance, District 35 is comprised of 16 counties in southeastern Colorado and has 88,962 registered voters. Under an approved Amendment 71, 1,779 signatures would have to be gathered on a ballot drive and approved for the measure to go on November’s ballot.

Before Amendment 71 was approved, any constitutional amendment had to be approved by 50 percent, plus one vote, of voters in an election will become law.

But after its approval, that threshold was raised to require any constitutional amendment be approved by 55 percent of voters. That means that Amendment 71 would have barely cleared the necessary threshold to pass last November.

But the push for the amendment’s passage drew the ire of many progressive groups, who pointed out that most of the millions the “Raise the Bar” campaign in favor of Amendment 71 raised came from the oil and gas industry, which is rather unfavorable in many of Colorado’s largest urban cities.

In the lawsuit filed Sunday in U.S. District Court of Colorado, the plaintiffs argue that both provisions violate either the First or Fourteenth amendments of the U.S. Constitution.

Why is Amendment 71 being challenged?

Semple and the Coalition for Colorado Universal Health Care argue that Amendment 71’s changes to the constitution will force them to engage in politicking in areas they’d otherwise avoid and “dilutes” the values of signatures in Colorado’s more-urban areas.

Semple and the Coalition for Colorado Universal Health Care argue they are trying to run similar measures to Amendment 69, which was defeated by voters but would have instituted a universal state health care system had it passed.

Hayes similarly argues in the suit that Amendment 71 will force him to campaign and collect signatures for his ballot drive for Initiative #4 on the 2017-18 ballot in places he would not otherwise visit, thus violating his First and Fourteenth Amendment rights.

Hayes’ Initiative #4 seeks to allow cities, towns, counties and local authorities to reserve the right to limit new housing growth. It is primarily focused on the larger urban areas of the state that have seen massive population and housing growth over the past decade. It's also currently being petitioned to the state Supreme Court.

The suit asks a judge to strike down the provisions of Amendment 71 now in the Constitution as unconstitutional in that they violate the Equal Protection Clause of the Fourteenth Amendment.

It also asks a judge to declare the whole amendment void, as well as to force Colorado Secretary of State Wayne Williams, who is the defendant in the suit, to stop enforcing the provisions put in the Constitution by Amendment 71.

“The fundamental right to vote loses much of its vigor if there is an unconstitutional limit on candidates or issues to vote on,” the suit states.

The lawyer for the plaintiffs argues that since Colorado gives its citizens “the right to use the initiative process to petition their government for changes in the state Constitution,” that the state can’t then put unconstitutional restrictions, as they say Amendment 71 is, “even if those unconstitutional conditions were approved by the voters themselves.”

The core argument in favor of Amendment 71 from proponents ahead of the election was that urban areas like Denver, Boulder and Fort Collins have more of a say in deciding constitutional amendments than rural, less-populated areas.

But the new lawsuit argues that its purpose was actually to “discriminate against urban voters.”

“Under Amendment 71, voters in one district can thwart the will of a far greater number of voters in another, and prevent a popular initiative that might win majority support in the general election from appearing on the ballot.”

Plaintiffs’ attorneys argue that the amendment forces their clients to advocate for a cause in a manner and place that are “contrary to their choosing.”

In addition to the injunctions sought against the amendment, they are seeking court costs and attorney’s fees.

Williams said Monday that he didn't think the plaintiffs "have a leg to stand on."

"There was a very solid majority of Coloradans who supported Amendment 71. So to the extent that they seek to overthrow the will of the people -- that's a concern," Williams told Denver7.

"I'm disappointed that the group seeks to overthrow the will of the people," he added. "We'll vigorously protect the vote of the people of Colorado who, by a solid majority, passed [Amendment 71]."

“Raise the Bar was approved by 60 of 64 counties and by a wide margin voters statewide for a very simple reason – it should be more difficult to amend the state constitution than a simple statute, and special interest groups should have to collect signatures in every Senate District, not just on the 16th Street Mall.  This lawsuit shares many similarities to this group’s last constitutional misadventure, Amendment 69 – it is without merit, and it will be rejected.

“Until last year, Colorado was one of only a few states with the same rules to amend the constitution as to amend statute.”