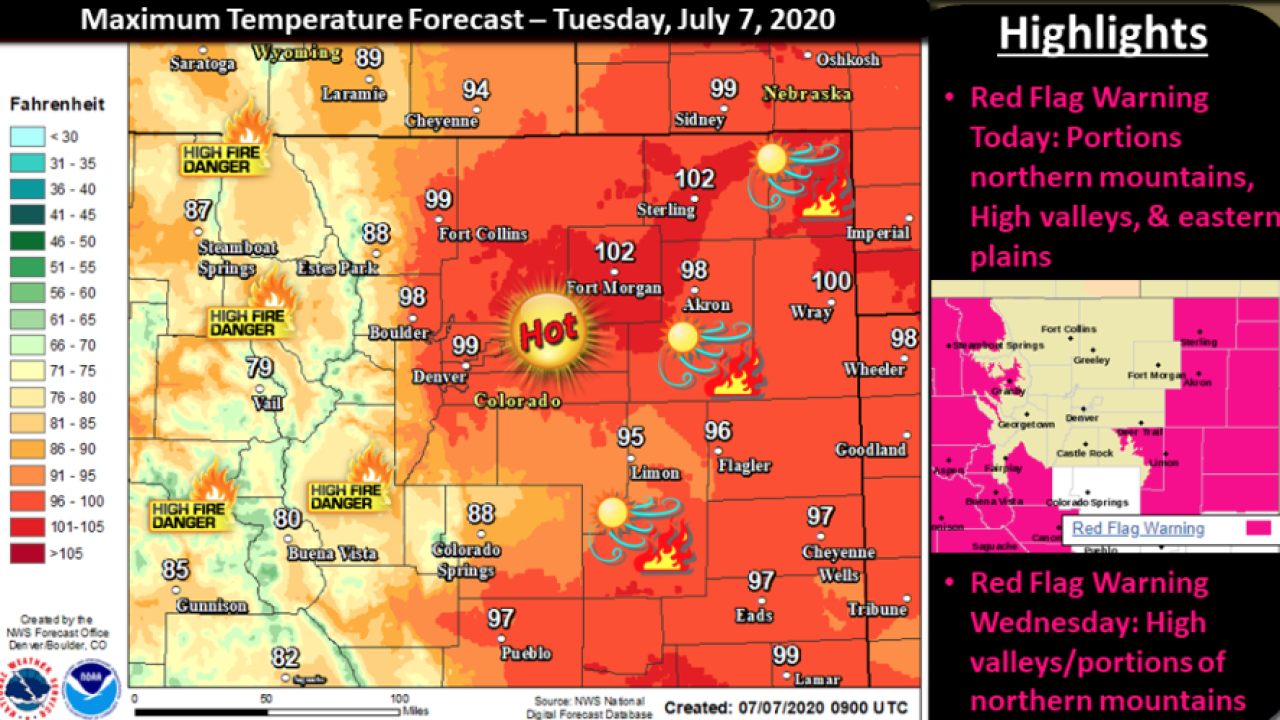 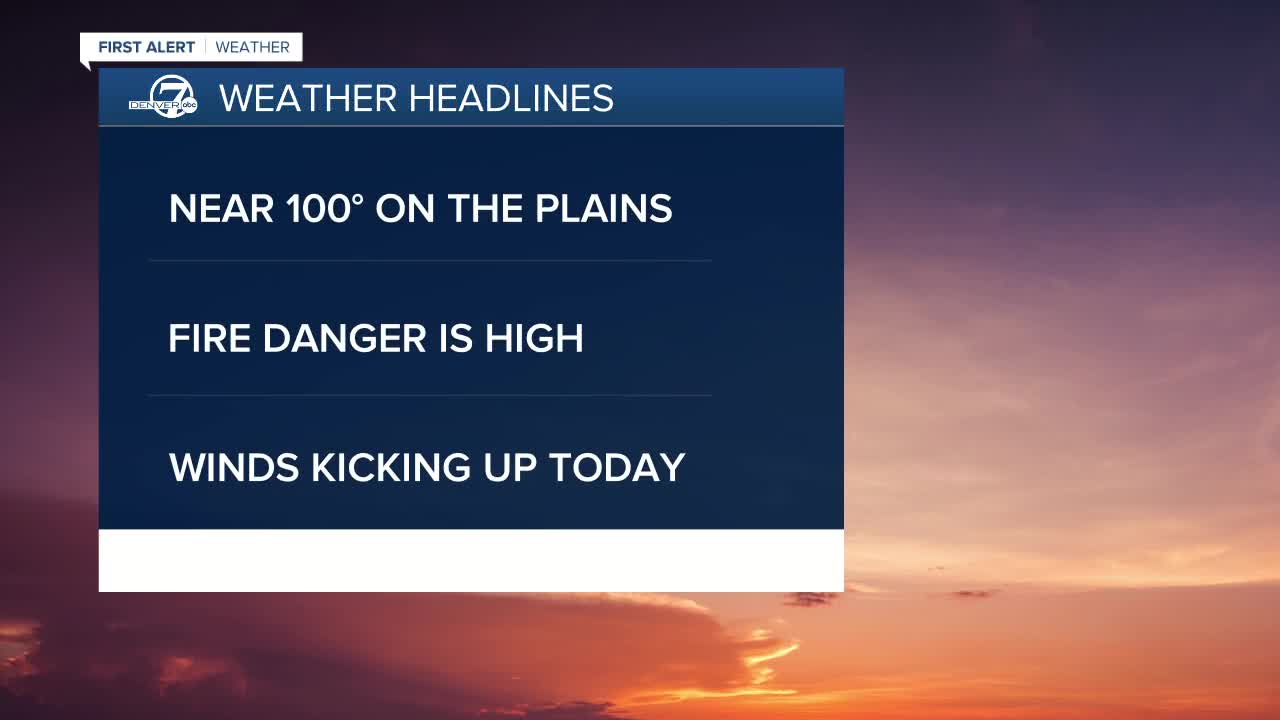 DENVER — Colorado is at a high risk for wildfires across the state, and the conditions won't be improving much over the next week.

Dry, warm weather is forecasted through the end of the week, with temperatures in Denver expected to stay in the upper 90s and reach triple digits on Friday.

In the high country, temperatures are expected to be in the 80s with the fire danger considered to be high. Red flag warnings have been issued for much of the Western Slop and the Eastern Plains.

"Conditions will be favorable for the rapid ignition, and growth and spread of fires," according to the National Weather Service in Boulder forecast Tuesday.

North-central and northwestern Colorado are the only regions not considered to be abnormally dry as of last week's latest drought monitor update.