No structures damaged or destroyed; no injuries reported either 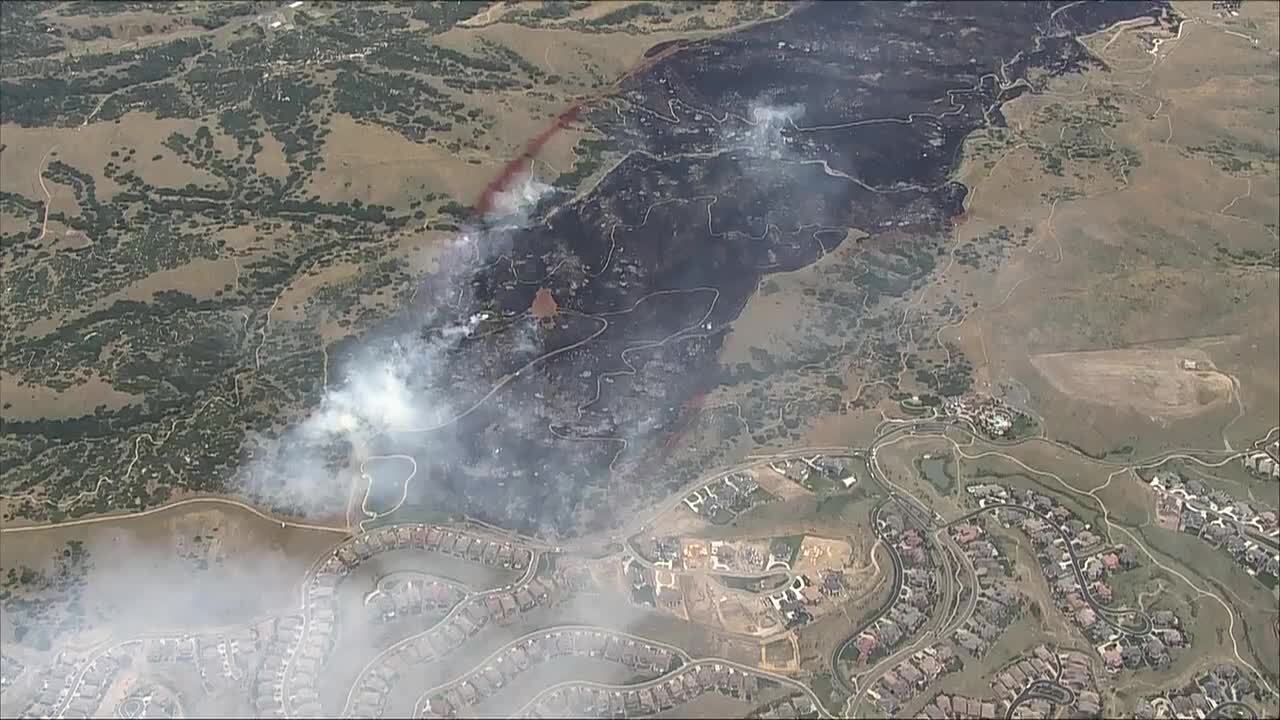 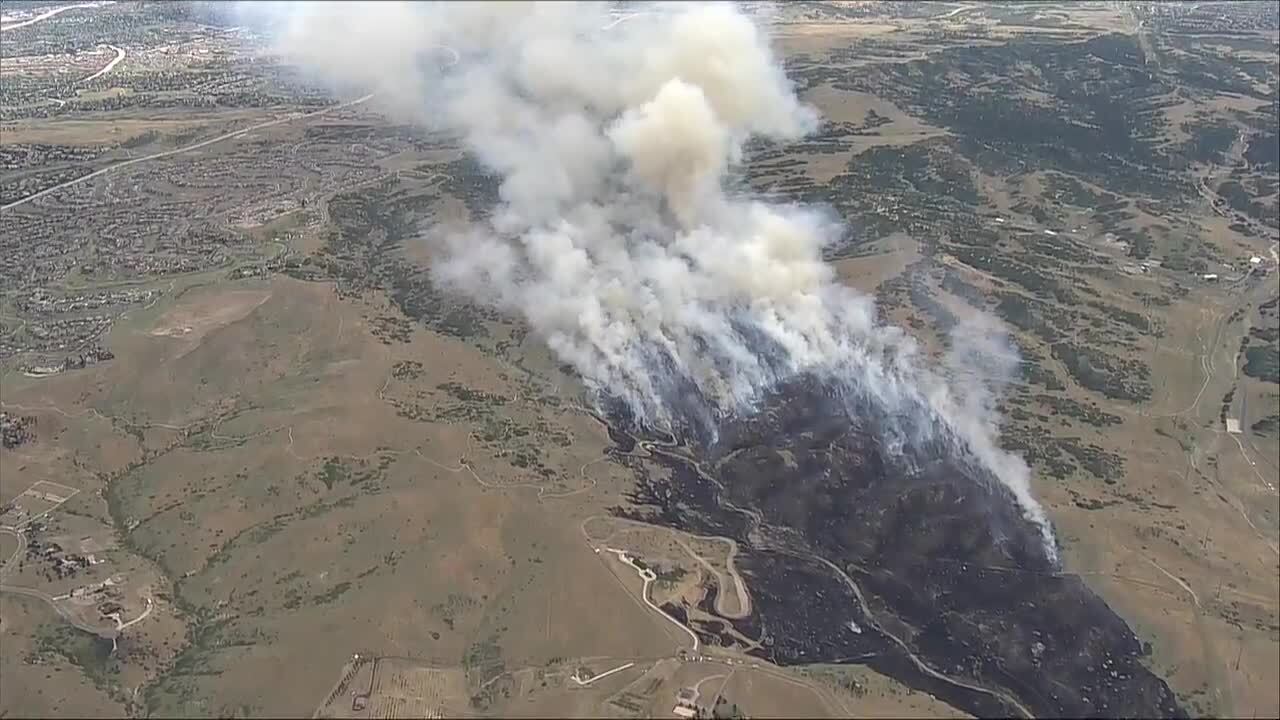 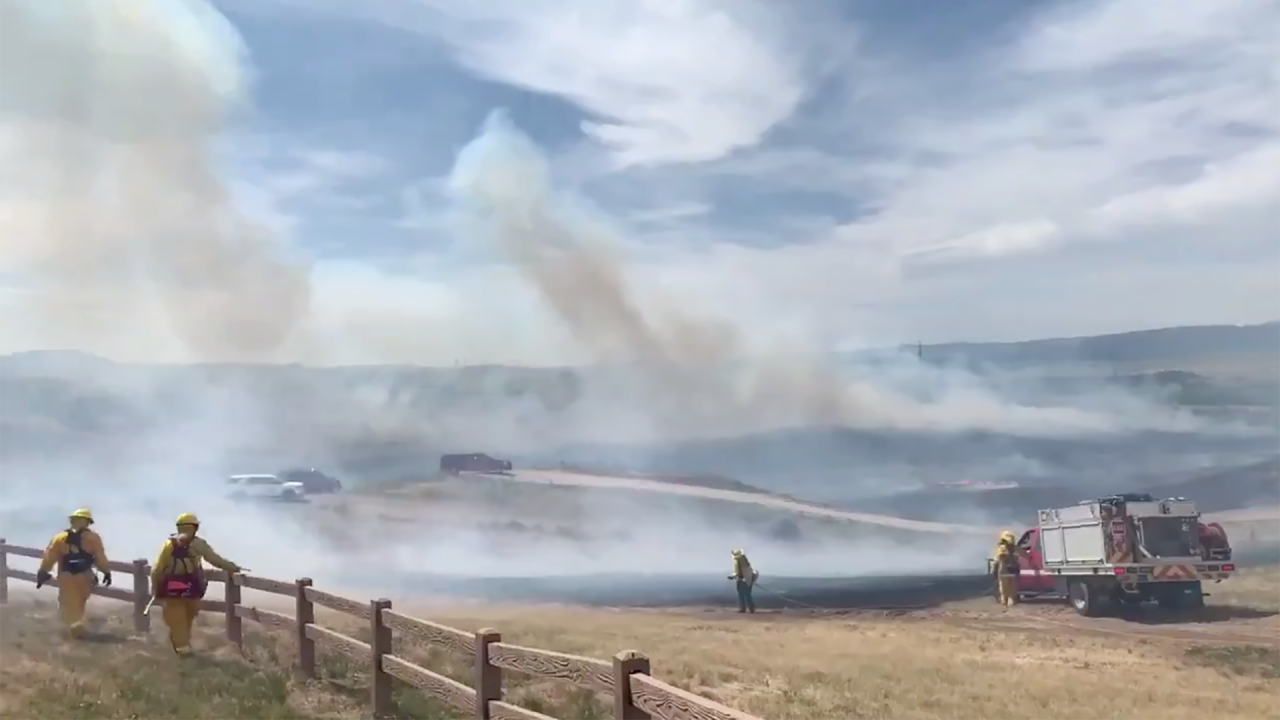 DOUGLAS COUNTY, Colo. – A brush fire sparked by an electrical malfunction on a power pole broke out Monday morning southeast of Chatfield State Park and quickly spread to more than 460 acres before it was fully contained hours later. No structures were damaged or destroyed and there were no injuries, South Metro Fire crews said.

The fire, called the Chatridge 2 Fire, started shortly before 10 a.m. Monday north of Louviers and south of Highlands Ranch – in northwestern Douglas County. South Metro Fire Rescue brought in ground crews and a helicopter to try to limit the fire’s spread. It is in the same area as a fire that burned 205 acres in October 2016.

By 12:20 p.m., the fire had grown to 267 acres and was 60% contained, South Metro Fire Rescue said. The department said there is still "a moderate risk of forward spread." Around 3 p.m., crews estimated the size of the fire to be around 456 acres with no update on containment.

Two homes were protected from flames by firefighters, and just before 11:30 a.m., the Douglas County Sheriff's Office ordered the evacuation of the BackCountry community and the trails south as a precautionary measure, which the sheriff's office said included several hundred homes. The Highlands Ranch Law Enforcement Training Facility near Highway 85 and Ron King Trail was also evacuated as a precaution.

The sheriff's office said that people who have been evacuated should go to ThunderRidge High School and remain in their cars awaiting further instructions. People with large and small animals that have to evacuate are asked to take them to the Douglas County Fairgrounds.

A total of 964 alerts went out to area residents, with 706 of the notifications being received, the sheriff's office said.

South Metro Fire Rescue spokesperson Eric Hurst said in a 2:15 p.m. update the fire was estimated to be 275 at last check but that firefighters “know it has grown significantly.”

Firefighters said all forward progress of the fire toward the BackCountry subdivision has been stopped. They said there’s still a lot work to be done containing the flanks and smoke that continues to drift into Highlands Ranch.

Hurt said no homes have been damaged so far and there have been no injuries. He said that continuing winds and dry fuels is making fighting the fire “a big challenge.”

This is a map of the #Chatridge2Fire with imagery provided by @COEmergency Multi Mission Airplane. The fire is now 461 acres with air and ground resources working together. pic.twitter.com/EcHGAhb2zw

By 4 p.m., the fire was estimated at 461 acres after a flight from the Multi-Mission Aircraft.

South Metro Fire said right before 5 p.m. that the fire was fully contained and that people who had been evacuated were being allowed to return to their homes.

Firefighters are dealing with gusty winds, dry brush and hilly terrain, and the fire department said around 10:45 a.m. that the fire was “moving at a rapid rate of spread.”

A second alarm was called for the fire to bring in additional resources, including firefighters and two brush trucks from West Metro Fire. By 12:30 p.m., there were two large air tankers, two small engine air tankers, one helicopter, one lead plane and one multi-mission aircraft that had been ordered to the fire.

Denver7 Photojournalist Eric English provided a unique perspective on the fire from the eyes of a small child and his mother, who were watching crews battle flames several feet from their home. Watch in the Twitter video below:

🔥🔥🔥Fire in Highlands Ranch...as described by a mom and her son.🔥🔥🔥 pic.twitter.com/lo89Za0zXu

The sheriff's office said an electrical malfunction on a power pole sparked the blaze.

There are fire weather watches in effect for most of the state Monday, and some red flag warnings in effect for southern and eastern Colorado. The state is also seeing its worst drought conditions in more than a year.