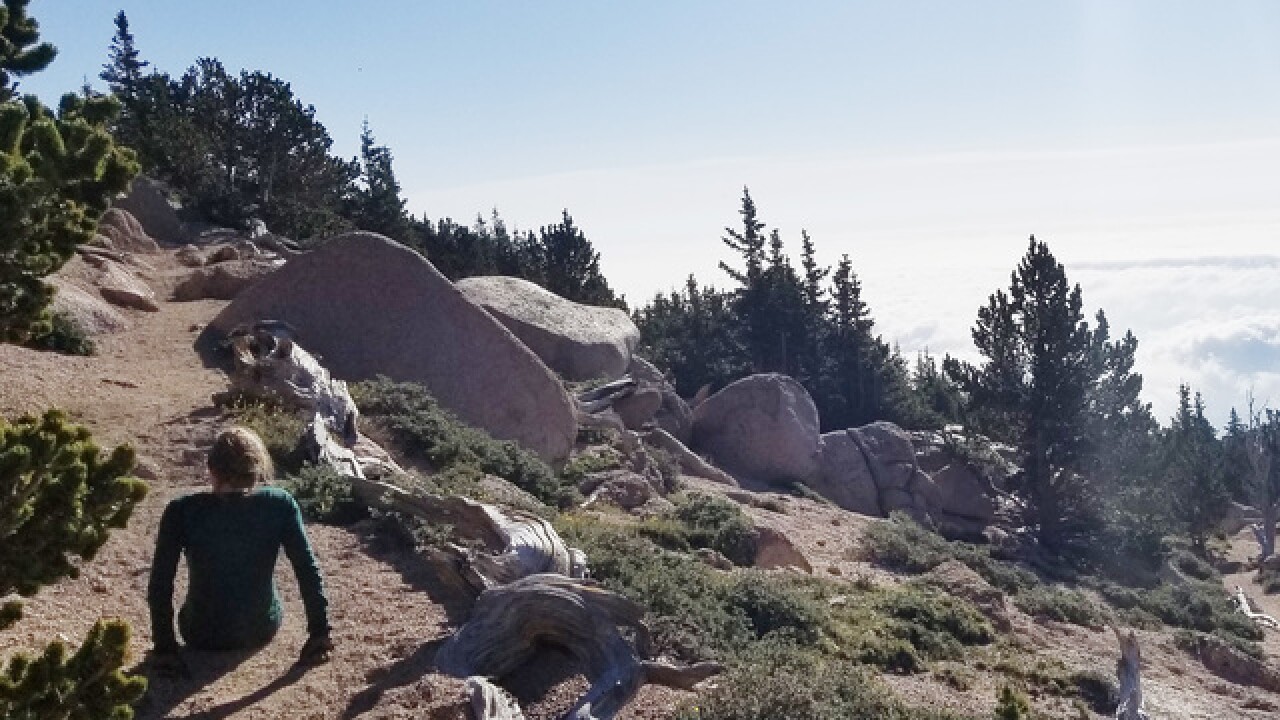 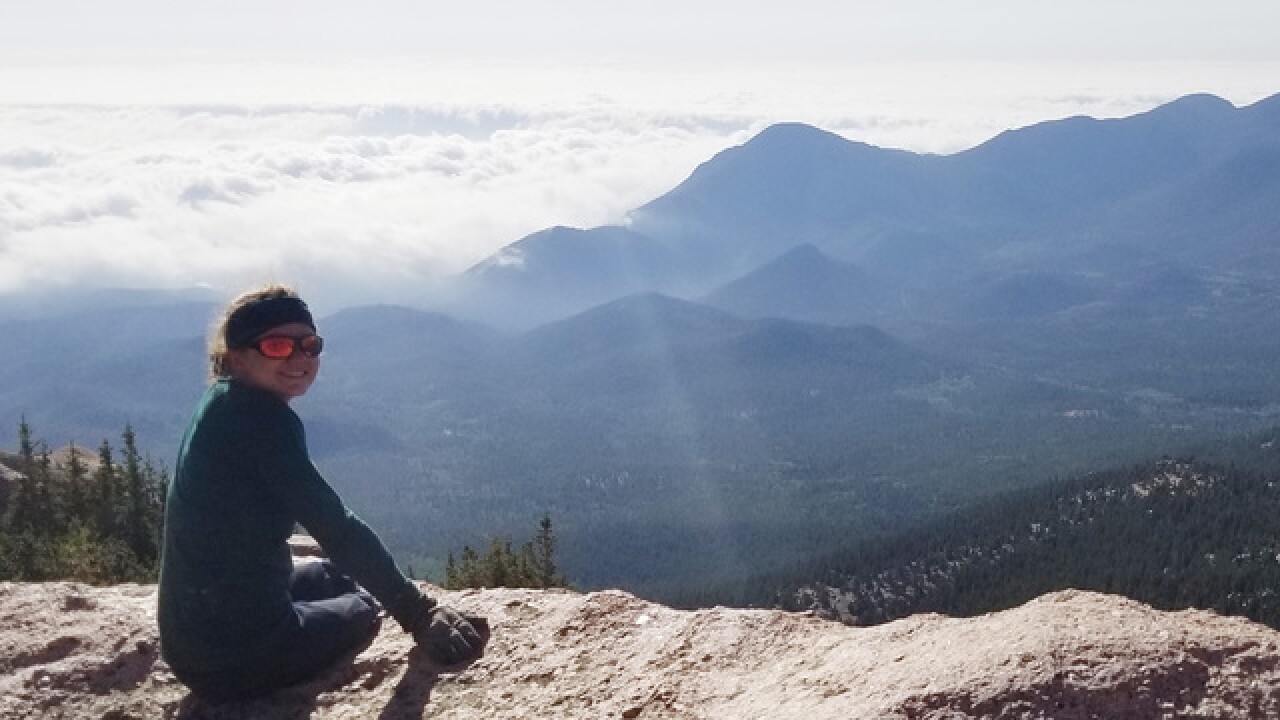 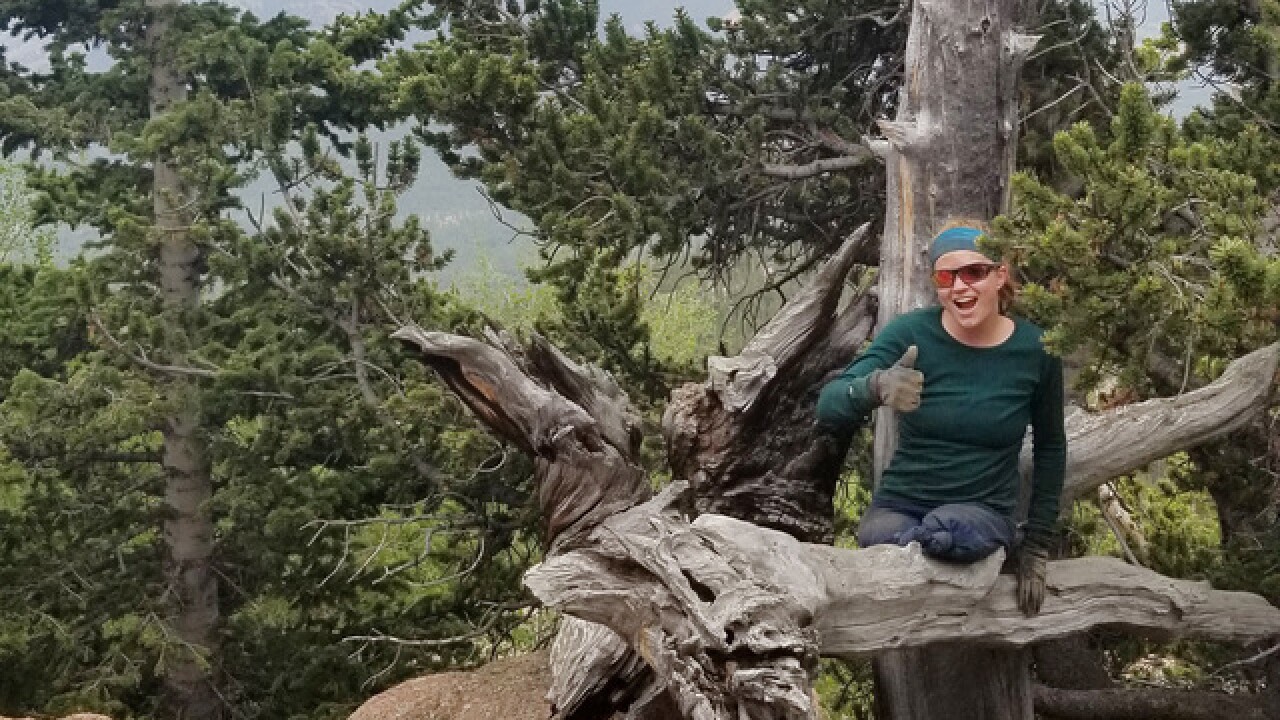 After people started asking Mandy Horvath what was next for her after she climbed the Manitou Incline, she decided to aim even higher. Twelve miles higher.

On April 23, Horvath, who lost her legs in a train accident in 2014, tested herself by climbing the Manitou Incline, a popular one-mile hiking trail that rises almost 2,744 steps — equating about 2,000 feet — to the summit.

It took her about four hours as she scooted and lifted herself over each step.

As news spread of her achievement, there was one question she was asked over and over: What’s next? Would she try to summit Pike's Peak, which is twelve miles past the top of the incline?

It wasn’t long before that possibility solidified into a plan: She would once again complete the Manitou Incline and then continue up to the summit of Pike’s Peak.

“I figured I could climb up the incline — what’s a few more miles?” she said, laughing.

She decided to start the climb on her 25th birthday — June 10 — and collect donations for two charities, The Battle Buddy Foundation and Operation Ward 57, which both support wounded veterans.

“I can’t imagine being blow up,” Horvath said. “I just got run over — I know that sounds kind of bad... It’s one of those things where I want to reach back out to that community because it was the veterans community that reached out to me when I was in the hospital.”

After a celebratory send-off on June 10, she started the climb. She would use only the strength in her arms as she worked toward the summit at 14,115 feet above sea level.

Horvath’s friend, Daniel Pond, walked alongside her and carried necessities.

That first day, the duo reached the top of Manitou Incline and continued another mile and a half before stopping to camp for the night.

Throughout the following two days, they covered about six miles total.

“We were going to summit on Tuesday, but at my pace, with blisters on my hands and kind of training to acclimate myself to the elevation, we decided it would be better to camp another night and really get acclimated to the elevation and give my body some rest because my hands were pretty tore up,” she said.

The next morning, she continued upward. Storm clouds started to roll in and they had to stop to put on rain gear.

“I kind of booked it for that last part of the trip because I was not getting stuck on that mountain in the storm,” she said, laughing.

On June 13, three days after she started, Horvath reached the top.

“Honestly, I was really relieved and then I was thinking about all the people who looked at me like I was absolutely nuts whenever I started talking about doing this,” she said. “It was like, ‘Well, I did it.’”

She went through four pairs of gloves in the process.

At the summit, Horvath spotted a rainbow in the storm clouds. She said it was a moment she’d never forget.

“I have this tattoo on the side of my arm and it says, ‘Every storm runs out of rain,’” she said. “That was definitely a storm for me, but the rainbow at the end was the reward.”

The days following her summit were focused on recovery. Her hands were beat up, but otherwise, she was in good spirits.

“I’ve made it through a lot worse things than climbing Pike’s Peak,” she said.

While she hit tough spots on the incline, she said there was never a point where she wanted to turn around.

Her supporters on her Facebook and Instagram accounts gave her confidence boosts along the way and she enjoyed hearing from people all over the state as they cheered her on, she said.

“It’s really inspiring to know that so many people were keeping up with where we were at and everything else,” she said.

So, what’s next for Horvath? That was the question that made her aim for Pike’s Peak after the Manitou Incline, so it’s no surprise that she has her eyes on an even bigger challenge for 2019.

In October, she’ll attempt to climb Mount Kilimanjaro, the highest mountain in Africa at 19,341 feet, with a sports company. The trail they're looking at is 40 miles uphill, plus 20 miles back down to an access road, she said.

In the meantime, she’s planning on launching a Kickstarter campaign to help her open a restaurant in Colorado Springs that would hire veterans and amputees.