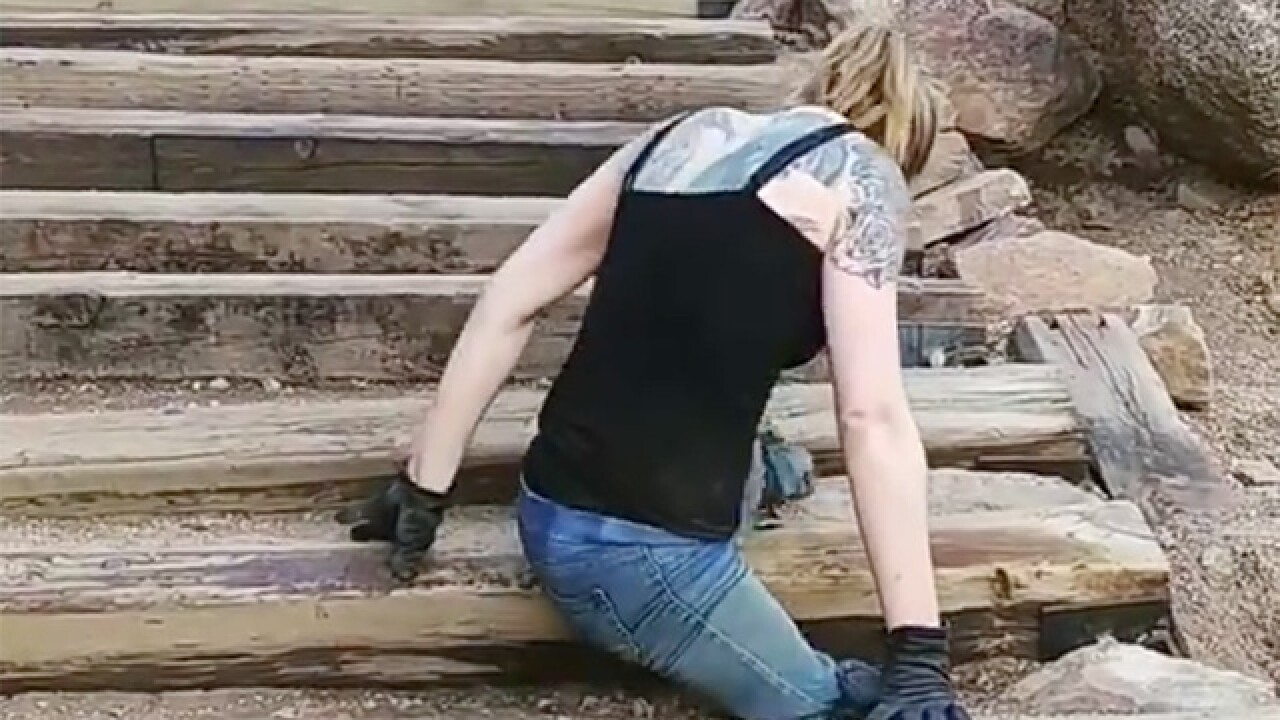 DENVER – Mandy Horvath lost her legs four years ago in a train accident. The injuries sustained from that experience, however, didn’t stop her from conquering the Manitou Incline - all 2,744 steps of the once railroad track.

“It was rough you know. There were a couple of times where I was like, ‘I might take the cutoff,’’ Horvath told Denver7. “But I just had to keep going ‘cause this is something that means a lot to me.”

Climbing the popular hiking trail is already hard enough for most people – the grueling ascent gains 2,000 feet in elevation in less than a mile – but Horvath, who calls herself a bionic woman, said her feat was done to inspire people to do their best and to continue fighting, no matter how tough the road ahead may seem.

“To my knowledge, I am the first female double amputee to reach the top,” Horvath wrote in an Instagram post. “I’m so thankful for my life and the ability to display that absolutely anything is possible.”

Speaking to our ABC affiliate in Colorado Springs, KRDO-TV, Horvath said it took her about four hours to reach the summit, adding she didn’t really train before climbing the Incline – and did it to raise awareness of Limb Loss Awareness Month.

Horvath told the BBC she was struck head-on by a fast-moving train in Nebraska in 2014, incapacitated by what is "suspected to have been a date-rape drug.”

But that event, instead of consuming her, is now helping her inspire others to overcome their tribulations.

“Anything is possible. Anybody can pull the will to live, to survive, to do anything they want out of themselves,” Horvath said. “It’s there, you just have to reach for it.”

A chef by trade, Horvath told Denver7 her end-goal is to eventually open a handicap-accessible restaurant where veterans and amputees can be employed.