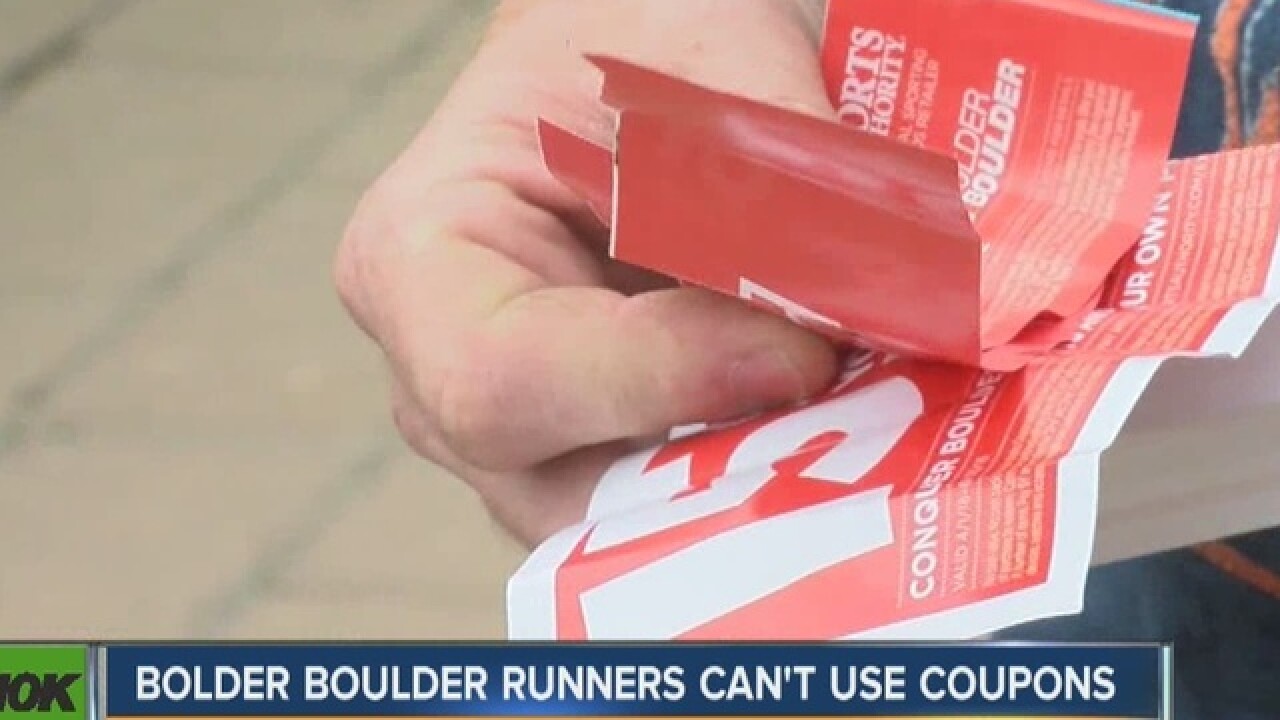 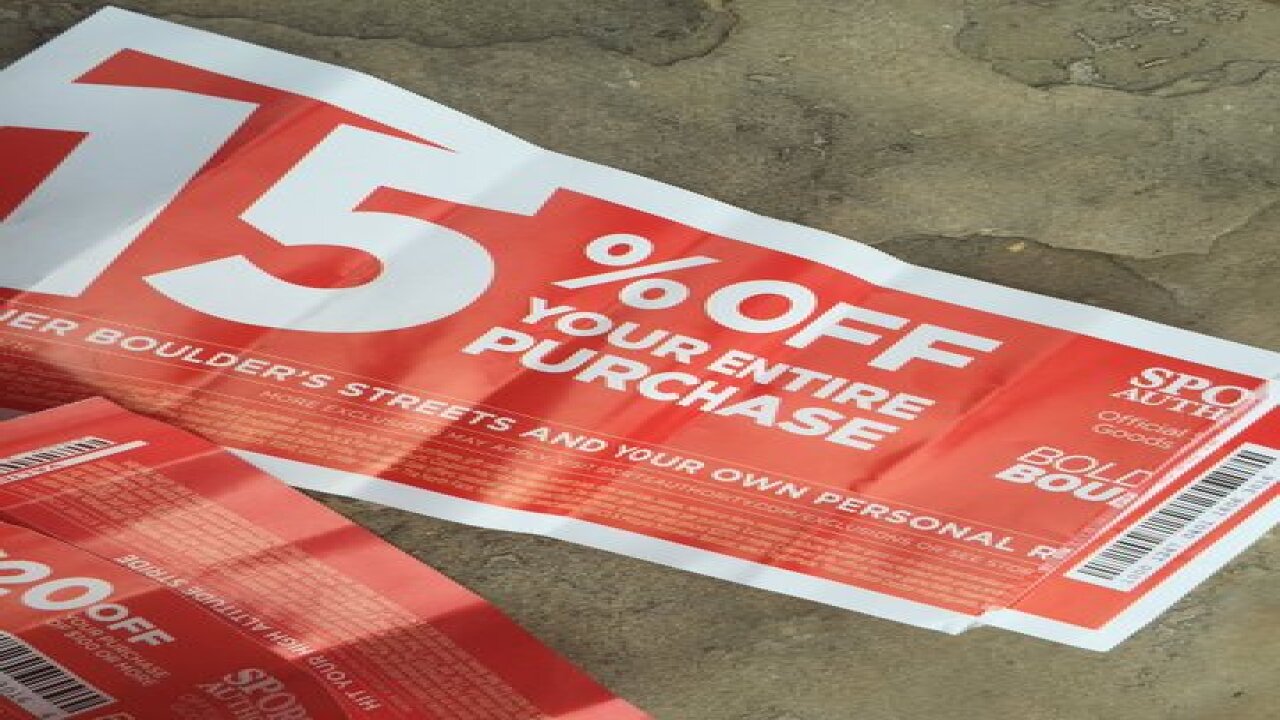 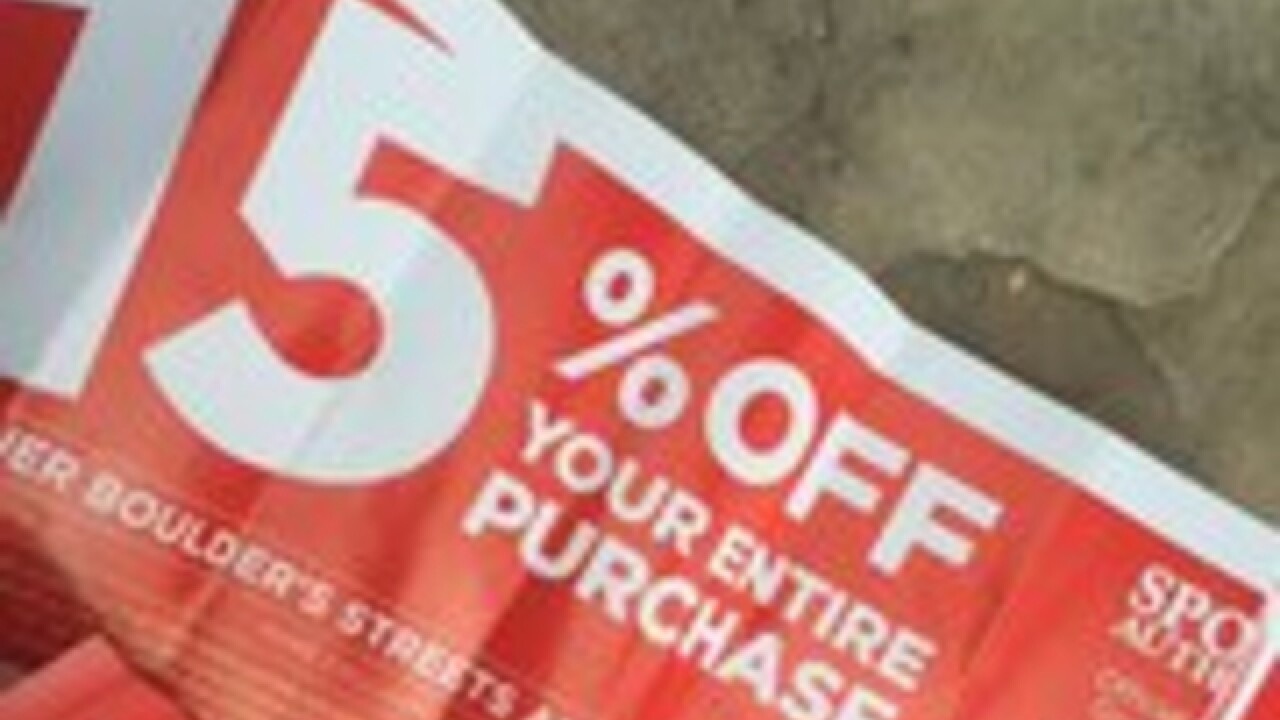 Dick's Sporting Goods is the latest retailer to say they will honor the coupons that BolderBoulder runners received in their race packets.

Nearly 51,000 registered to run in the Memorial Day 10K race. Their race day packets included coupons for 10 percent and 15 percent off merchandise at Sports Authority.

The coupons are not valid at Sports Authority stores locations because the chain is in liquidation.

Runners Roost announced Tuesday that it would honor the coupons given to BolderBoulder finishers at any of its seven locations through the end of June.

Thursday, Bolder Boulder organizers announced they had reached an agreement with Dick's Sporting Goods to also honor the coupons through the end of June.

Stormy Griffith and his wife tried to use the coupons at a Sports Authority store after Monday's race and were told they could not because of the liquidation.

Denver7 tried to use the same coupons at a different Sports Authority store location and got the same response.

BolderBoulder organizers told Denver7 they are also working with other retailers to honor the coupons.