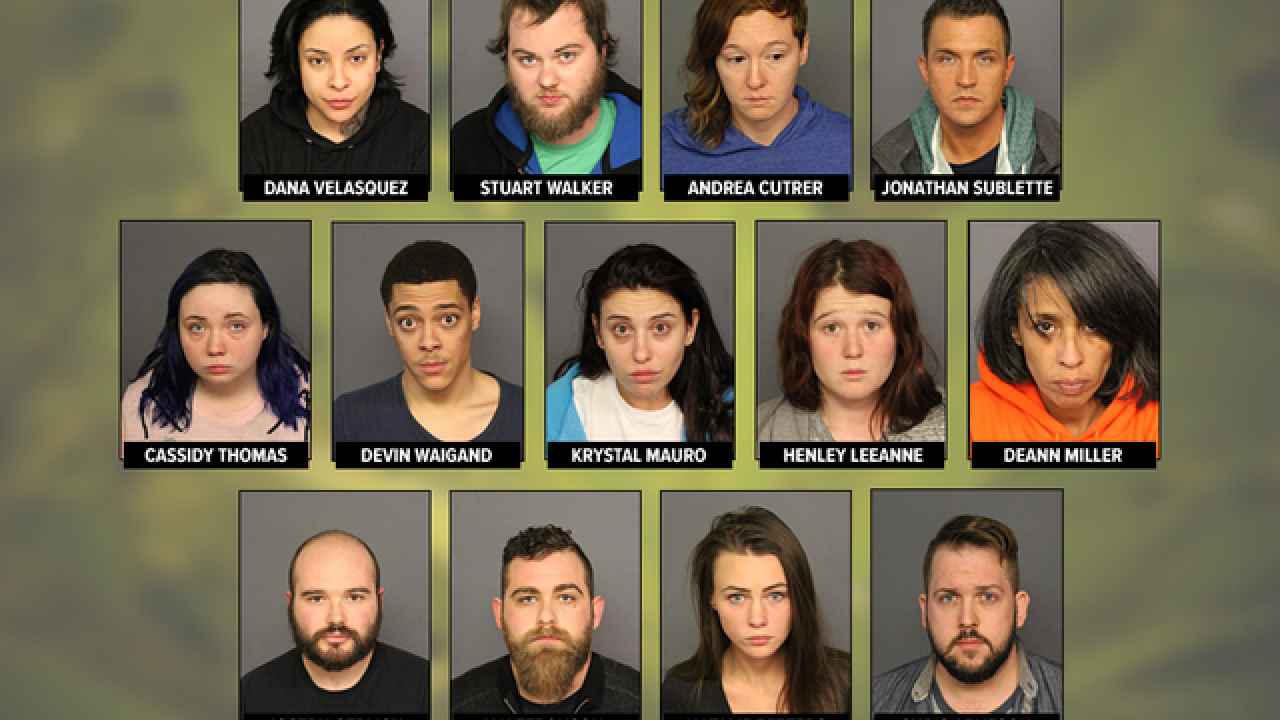 DENVER — More details were released Friday in a Denver Police operation that targeted several marijuana dispensaries and netted more than a dozen arrests.

Police say employees at eight Sweet Leaf dispensaries in the Denver area were selling more than the legal limit of marijuana to undercover officers during multiple visits to the shops.

The year-long investigation culminated Thursday morning when police raided the retail stores, executing search and arrest warrants at seven locations in Denver and a site in Aurora.

Authorities arrested thirteen people and pulled the licenses of the Sweet Leaf locations targeted in the operation. The dispensaries remain closed.

Purchasing more than the legal limit is a term the industry calls “looping.” It’s when a buyer goes into the dispensary, buys the maximum permissible amount of 28 grams, drops the weed off, and then returns to the dispensary to purchase more.

State law allows the possession, use, display, purchase, and transport of one ounce or less of marijuana. However, it's not known if there is an industry-wide system that tracks purchases at individual dispensaries in Colorado.

The multi-agency undercover operation involved officers posing as customers at the eight dispensaries. According to an affidavit, Sweet Leaf employees sold the undercover officers an ounce of weed on each visit made on the same day.

At one of the locations, an undercover officer was able to enter the same store seven different times in less than an hour and a half. The affidavit notes employees checked the officer's ID on each visit, yet allowed the sales to go through.

The 13 employees arrested as part of the operation are facing drug charges of distributing marijuana. Some are facing felonies because of the amount over the legal limit allegedly sold to the officers.

The names of the suspects were released Friday and are as follows:

As a result of the police investigation, the city department that regulates marijuana businesses issued summary suspensions at 26 sites operating under the Sweet Leaf brand.

Sweet Leaf operates 10 stores in the Denver area. It's not clear how much of its operation has been affected by the raids and the action taken by the Denver Department of Excise and Licenses.

Neighbors knew of the alleged activity

People who live in the neighborhoods behind the dispensaries told Denver7 they knew this was happening and complained numerous time to police and the city.

“They were going [inside] to purchase [marijuana], they would come back out, they [would] get in their car, they'd sit there and make phone calls, and then other people [would] come up and purchase, and then they go back in,” said Kodie Ketchbaw, who lives in the area. “They are clearly purchasing more than what is legal and what they’re supposed to be purchasing.”

She doesn't have a problem with the marijuana industry but was upset people were doing illegal activities in front of her house.