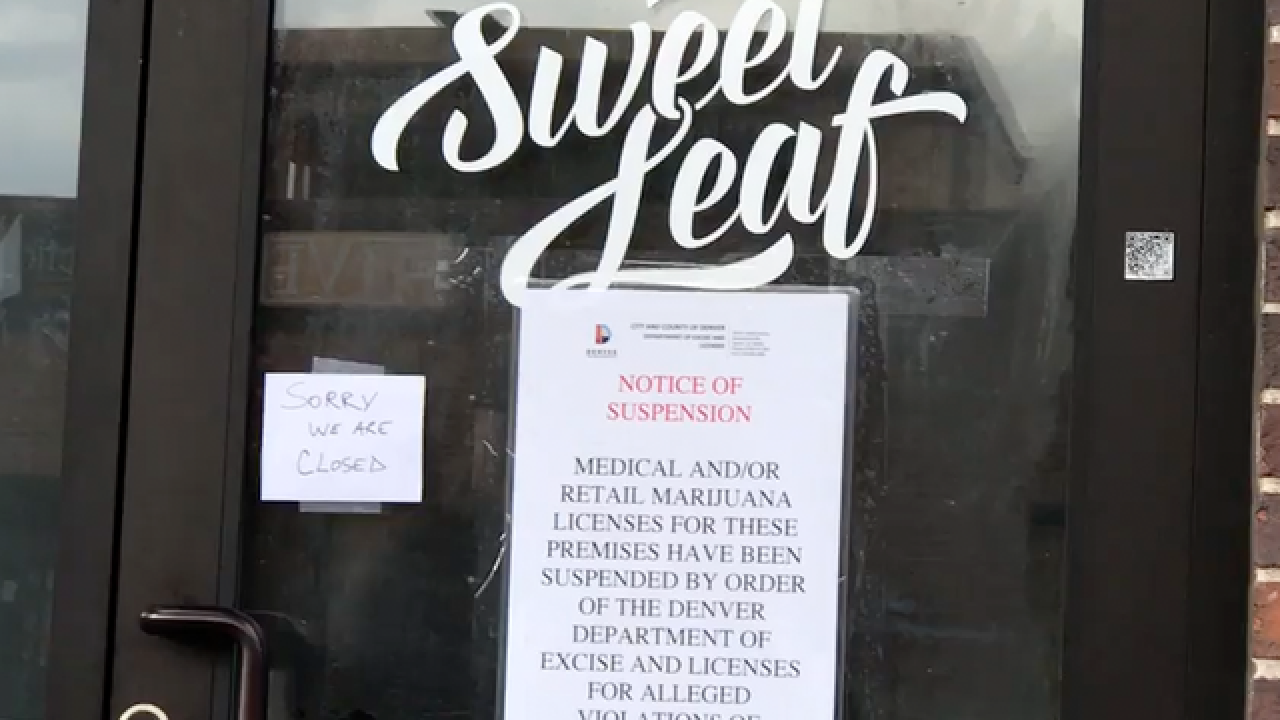 In what is being a called a culmination of a year-long investigation into illegal distribution of marijuana, the Denver Police Department and several partnering agencies executed search and arrest warrants at eight Denver-area Sweet Leaf Marijuana Center locations.

The alleged criminal actions are related to the sale of marijuana in excess of what is allowed by state law, police said. Amendment 64 allows the possession, use, display, purchase, and transport of one ounce or less of marijuana.

The 12 suspects arrested in the operation are being held for illegal distribution of marijuana. The suspects’ names, booking photos and arrest documents are not currently available for release as the operation and booking process are still underway.

As a result of the police investigation, the city department that regulates marijuana businesses issued summary suspensions at 26 dispensaries operating under the Sweet Leaf brand.

Sweet Leaf operates 10 stores in the Denver area. It's not clear how much of its operation has been affected by the raids and the action taken by the Denver Department of Excise and Licenses.

A license suspension notice, posted on a Sweet Leaf location in Denver, announced: “by order of the Denver Department of Excise and Licenses for alleged violations of Colorado law.”.

No other dispensaries were targeted in the raid.