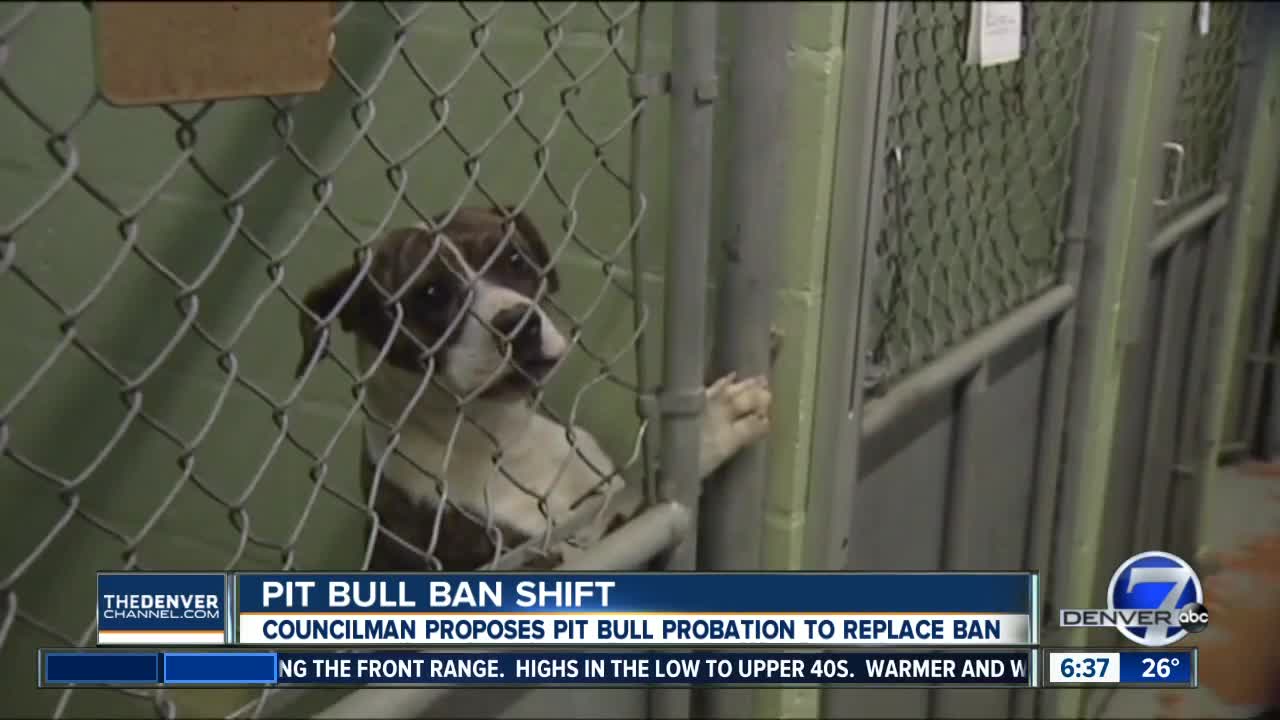 For more than 30 years, Denver has had a ban on pit bulls within the city. That could soon change.

DENVER — For more than 30 years ago, Denver has had a ban on pit bulls within the city. But now, a man on Denver City Council wants to lift the ban and put the dogs on probation instead.

Under the proposed idea, a pit bull owner would have to register with Denver Animal Protection and get the dog a breed-restricted license. The owner would have to provide the name and home address of the dog, plus two emergency contacts, an accurate description of the dog and proof that the animal was micro-chipped and had received an up-to-date rabies vaccination.

The pit bull would be on probation for 36 months. If there were no violations — including attacks on other dogs or people — the dog would not need to have the special license any further.

Currently, in addition to Denver, the cities of Aurora, Lone Tree, Louisville and Commerce City also have bans on the dogs.

The Aurora City Council is discussing whether to change its law. Castle Rock’s Town Council repealed its ban in 2018.