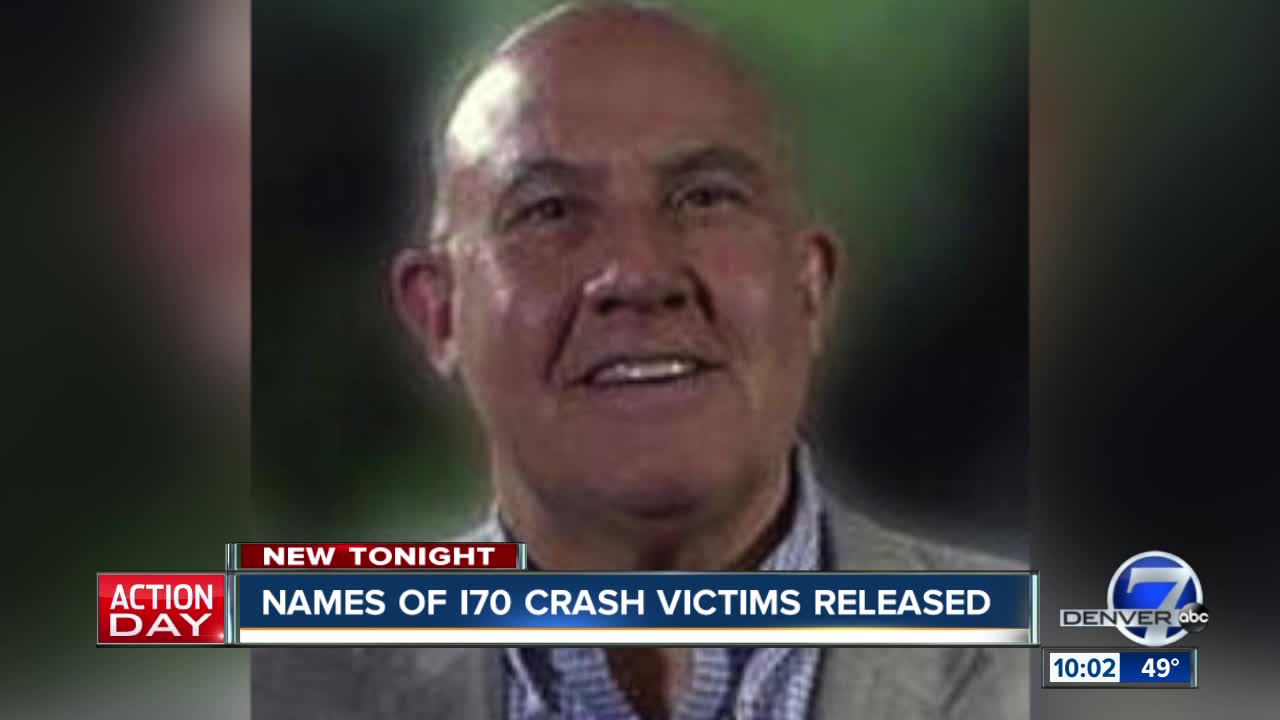 The Jefferson County Coroner has confirmed the identities of four men killed Thursday in a fiery 28-car pileup on I-70 in Lakewood.

DENVER -- The Jefferson County Coroner has confirmed the identities of four men killed Thursday in a fiery 28-car pileup on I-70 in Lakewood.

All four victims were Coloradans:

Politano's family shared some photos of their loved one. His wife, Cathi, said he was a husband and father of two sons.

Born and raised in metro Denver, Politano was driving home from work Thursday when a runaway semi crashed into several cars on I-70 at Denver West Colorado Mills Parkway.

His family has asked that anyone making donations do so in his name to the Alzheimer's Association, in honor of his mother.

A relative of the semi driver suspected of causing the crash, who was identified Friday as Rogel Aguilera-Mederos, told Denver7 the 23-year-old worked for Castellano 03 Trucking in Houston.

Records show that Castellano is a small trucking firm with five drivers and five vehicles.

MORE: Company that I-70 crash driver works for has past federal violations for brakes, English proficiency

Records also show that since the fall of 2017, the company has had 19 inspections with 30 violations, 10 of them for brake issues.

Two of the violations are related to a weak grasp of the English language.

Denver7 tried to reach out to the trucking company Sunday night. There was no answer.